Click here to go the index of all the pages
Tuesday, 4 September 2007

At last, things are happening inside, with the studwork and the wiring going into the building. 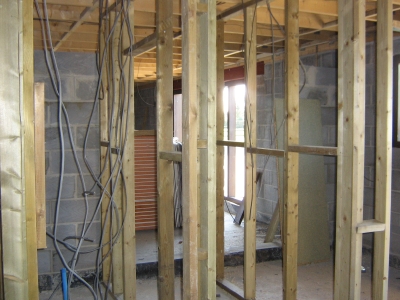 But not really. However the highest point of the cladding is now finished. 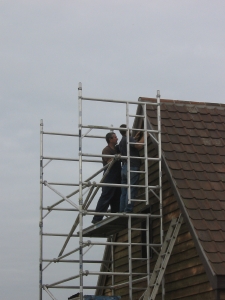 Hyperion
This was prompted by an item in the FT diary today concerning who was born in the North. Out of curiosity I looked up who was born in Suffolk and sent him an e-mail. I forget one of Suffolk's greatest sons, Hyperion.

Here's the statue of Hyperion in Newmarket High Street outside of the Jockey Club. 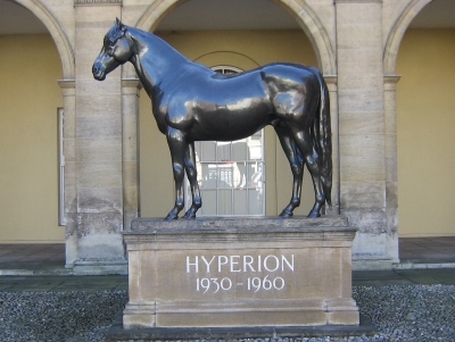 To complete the fencing and open up all the paddocks, we need to bridge a ditch.

In Pic 1, below, we've just laid the plastic pipe that will take the water through the bridge. We got this pipe from Clarkes of Walsham.  These plastic pipes are so much easier to use than the old china ones and cost about £70 a time. You do need to dig the ditch out properly, but there are no joins in the pipe. Note the scaffold pole used to take the blue water pipe across the ditch. This will be buried in the bridge.

The end walls for the bridge are built with sandbags (Pic 2). Very traditional and again from Clarkes. Note how they are laid like bricks and also slightly angled inwards so that they are stronger. All the sandbags were transported by the faithful John Deere garden tractor and trailer.

The other end of the bridge has now been started (Pic3). The pipe has now been covered by stone, so that the drainage for the bridge is good. Note that we bought the stone from Buildbase in Haverhill. The driver dropped it directly into the ditch, by just cutting the bottom of the bag it came in. Very easy and civilised (Pic 4).

More sandbags have now been added. Note that there are still a row or two to go (Pic 5)

What we have tried to do, is minimise the amount of soil and rubble removed from the site. Regulations mean that most of it has to go, as it may well be contaminated. 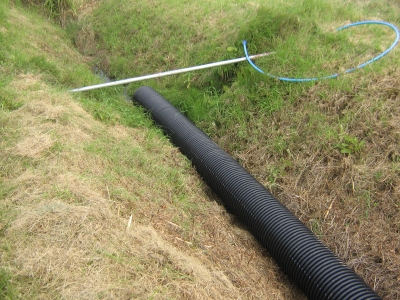 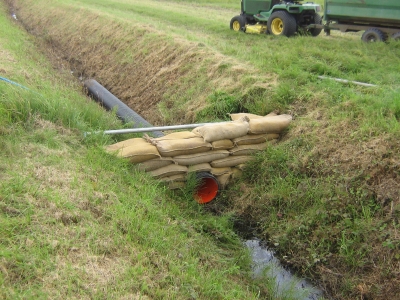 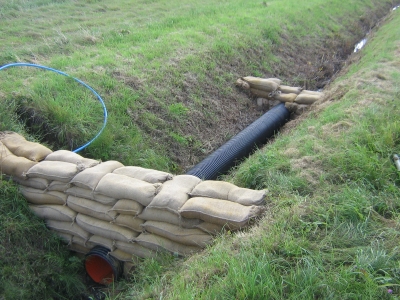 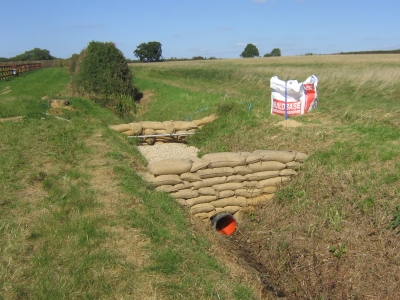 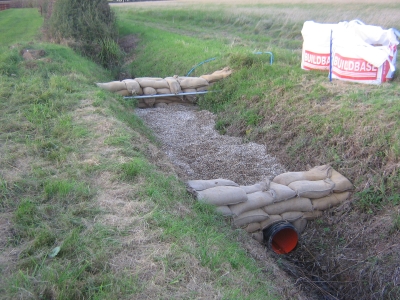 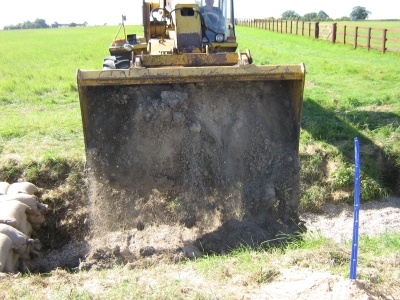 She hasn't proved to be the most genuine of race horses. Surprising really as she is such a big string horse and has the excellent temperament of all her family.

She is for sale as a riding horse. 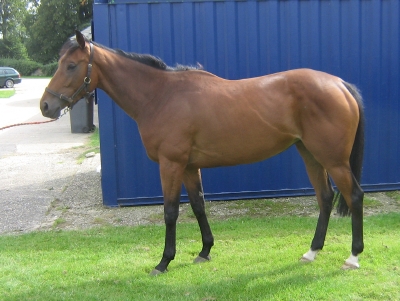 The front of the offices will be clad in heavy oak beams. Did I say heavy? 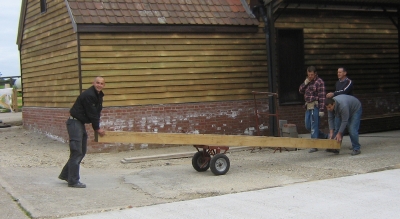 The ceiling is of course fully insulated.

Oak Beams
These three pictures show the oak beams that will eventually be used on the front of the new offices.

Let's say it is not easy carpentry. Note how in the third picture, three are needed to set one of the posts to a vertical position.

The last picture shows the beams in their complete form. But they are upside down and facing the wrong way. They will need to be rotated through 180 degrees before they are fixed to the building. 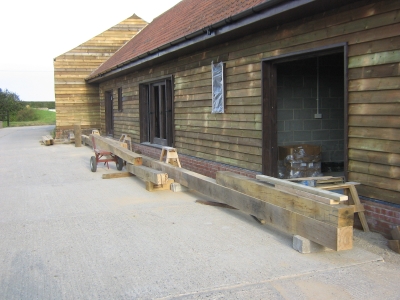 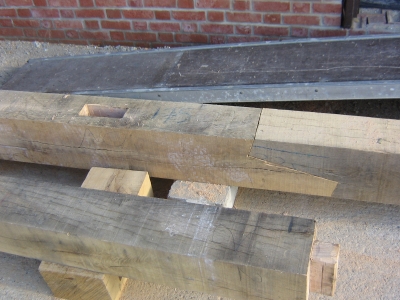 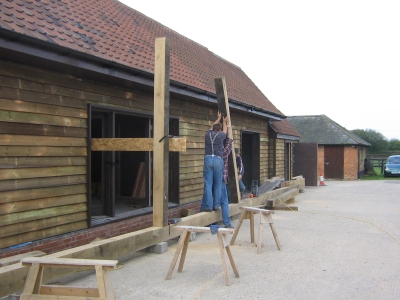 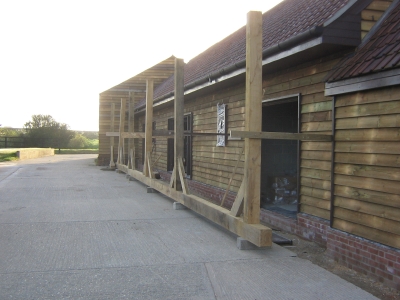 Use of a Jaguar Estate

We try very hard to keep the grass on the stud suitable for driving in ordinary vehicles.

Here, I'm using the Jaguar X-Type Estate to hold all the tools, whilst I repair a trough. Is this what the designer intended? 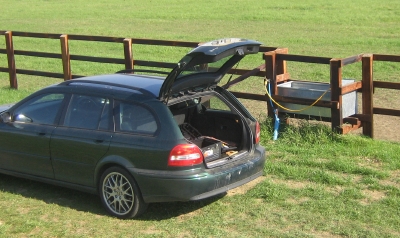 We've finally got round to putting up new signs for the stud. They were made by Signtek and are made from an aluminium base.

The signs are attempting to say that this is East Green Farm and Freedom Farm only. The reason is that if you type CB8 9LU into one of those Sat-Nav systems, you end up outside my office. Hopefully, these signs will tell people they are going in the wrong direction.

You'll see from this second photo, that they are discreet. 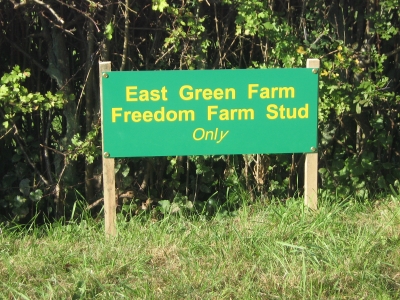 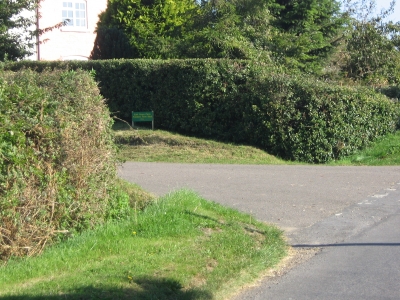 Foals will always find wasy to be naughty. They have been pulling the pipe off the tap and creating all sorts of mayhem. So I've moved the tap to behind the upright of the trough. I hope it works.

Note how the Hozelock fittings are used to connect the trough to the tap. For more details on how to do this, click here. 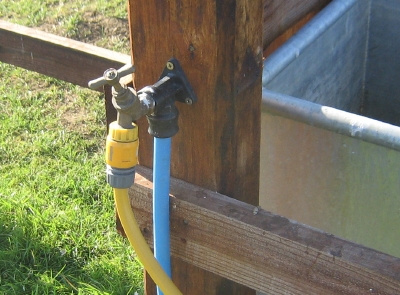 They're cleaning the stallion at the July racecourse roundabout 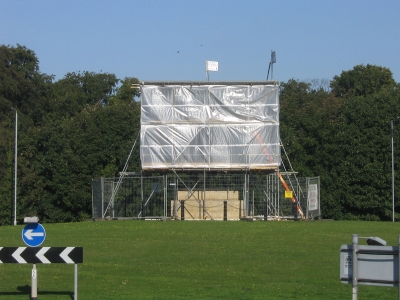 The Best View in Suffolk

This is one of the best views in Suffolk from our verandah. 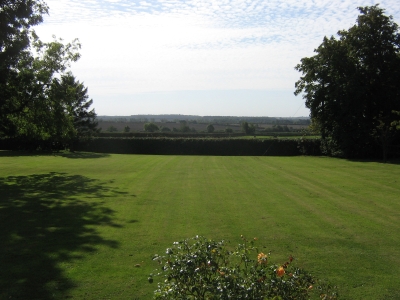 The Worst View in Suffolk

And this is one of the worst views in Suffolk. Note the water tower on the horizon which makes all the difference. 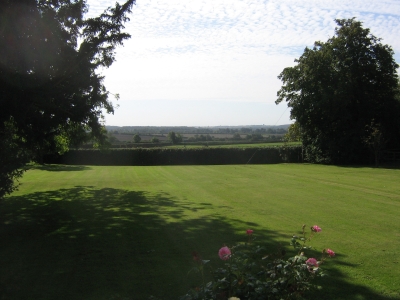 When you put fencing up for stock, be they horses, cattle or sheep, there are a lot of different methods that you can use. For studs, there are two main types; the traditional post and three-rail and the specialist stud fencing like Keepsafe. As you can see from the Pic 1, below, we favour the traditional.

So how environmentally friendly is this type of fencing?  Typically, a tonne of wood will create about sixty metres of fencing. Incidentally, if you burned this wood it would produce about 1.8 tonnes of carbon dioxide. So if you use sustainably grown softwood for your fencing, a typical one hectare field the size of a football field, would fix approximately seven tonnes of carbon dioxide. It sounds a lot, but it is about the same amount of carbon dioxide produced by about 14.5 Imperial Gallons of diesel in a car engine. This would only take my Jaguar just under 600 miles.

I would also estimate that the specialist fences use more energy in their production as steel is involved. Both types of fencing probably need as much energy to put them up. It probably illustrates how important energy use is compared to the choice of such things as building materials. Obviously, those building materials can be chosen to save energy. But it is in care and maintenance that the traditional post and rail wins.

Look at this problem, Pic 2, where a rail was dislodged probably by a deer or some machinery. The repair kit is shown in Pic 3.

The specialist wire fencing would need heavy machinery to retension the fence. But perhaps the worst problem is the time it generally takes to get the contractor to come and fix the problem. In that time, the field will often be out of commission. So although we've used wire fencing before, we won't again. 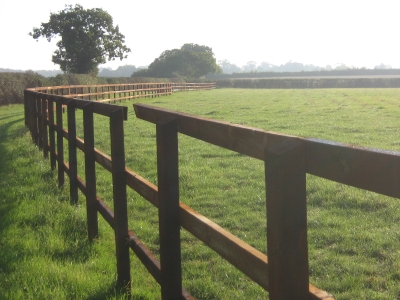 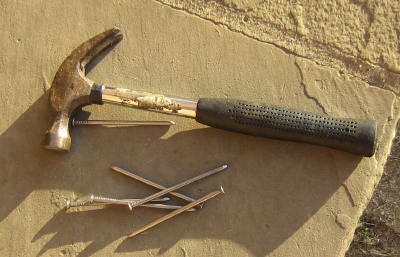 The final pieces of old concrete are now being broken up. 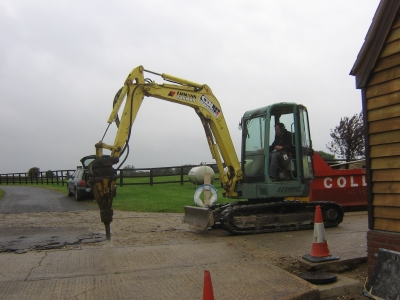 The beams are now being fixed to the front of the building (Pic1).  It is hard work.

The joints are good though (Pic 2).

You can just see the bolts used to hold the beams up (Pic 3). The holes will be plugged later. 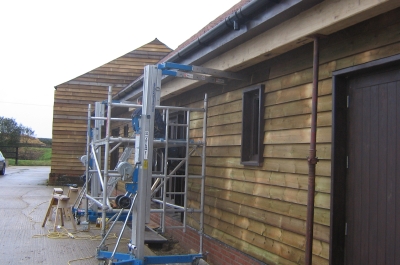 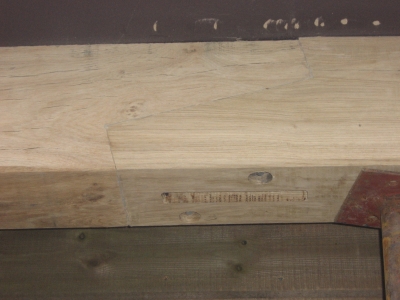 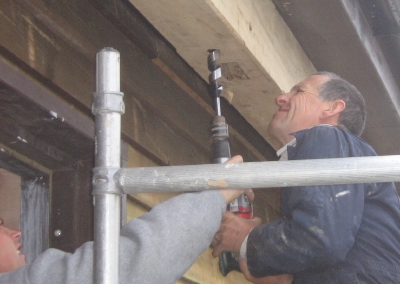