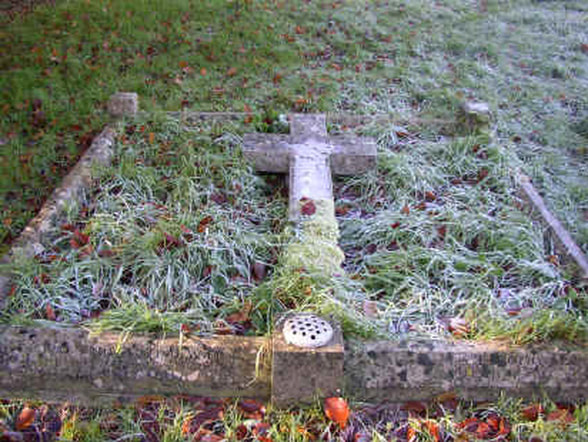 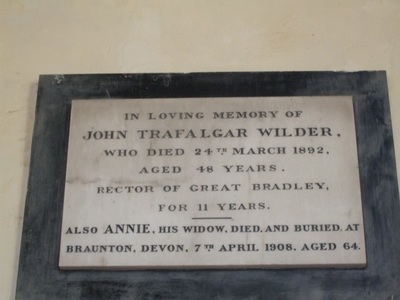 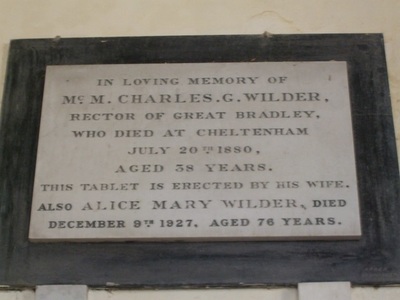 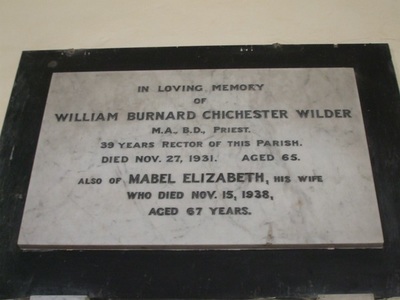 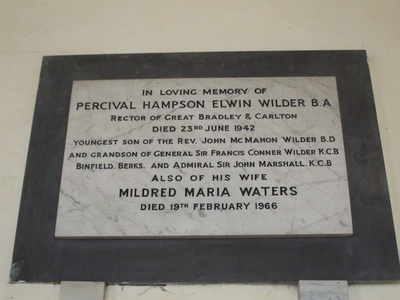 Bronze plate on the wall of the Chancel to explain the Wilder Monument above it
​In his Sermon Register, Burnard wrote not only of his family, but about the members of his flock, their illnesses, behaviour, their attendance at Church, the weather, the condition of the roads, the members of the Primitive Methodist Chapel, village celebrations, his servants, and numerous other subjects, until one is able to obtain a fairly accurate picture of social and economic conditions of the period. Unfortunately, permission has not been given to produce Burnard's notes in full, but some of those relating to general matters are included here.

He was, without doubt, the greatest 'character' of all the Rectors of our church. He is reputed to have had coins made inscribed '1 pint' and '1/2 pint'. The story goes that if the male members of his congregation attended Church once a day they were given a1/2 pint token and, if twice a day, then they were given a 1 pint token. These tokens could be exchanged at the pub for the relative quantity of beer! Click for more

Burnard's last surviving son, Eric, was a regular visitor to Great Bradley church until his death in 1980. His ashes are interred in our churchyard.

Percival, the much more gentle brother, was followed in turn as Rector of the Parish by his son-in-law, the Rev. Edward Sebastian Barrington Barnes, from 1942 to 1952, after which he moved to the be the vicar of Gt Thurlow and lived in the rectory there. The Rev. and Mrs. Barrington Barnes still lived at Thurlow in the 1980s but he died in 1981. Frances Barrington Barnes lived to be 104 before passing away in a nursing home in Dersingham, Norfolk in November 2015. The obituary and tribute for them both are shown below
​ 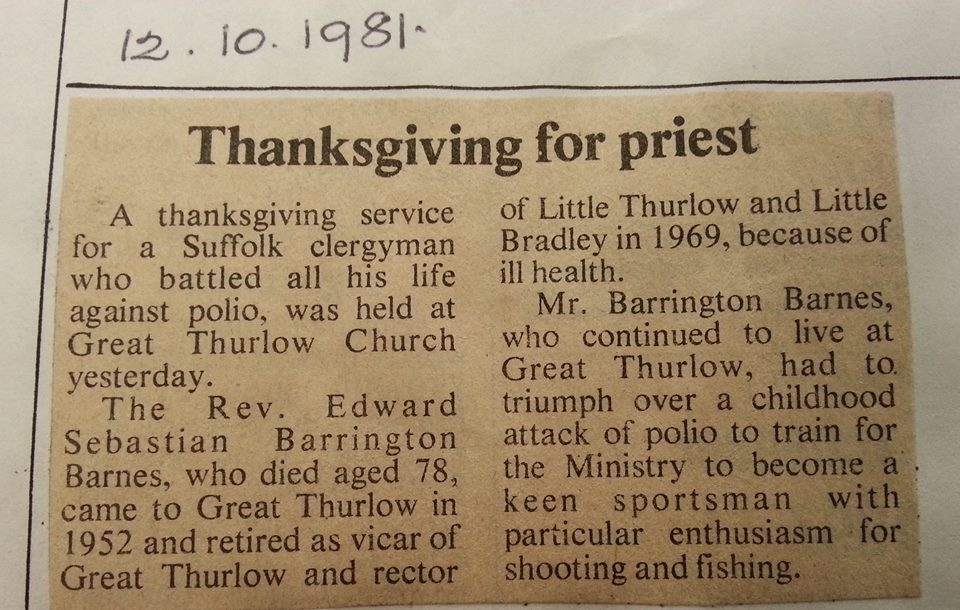 The Rev ES Barrington Barnes can be heard in this film from 1955 at 5mins 20 seconds (and at other times throughout the service): https://vimeo.com/114498760
​
Kathleen Barrington Barnes died in Norfolk in November 2015 aged 104. Her Grandson, Ben Stanton, penned this moving tribute for the Thurlow Village Link magazine. Click on the image to read the complete piece.
​ 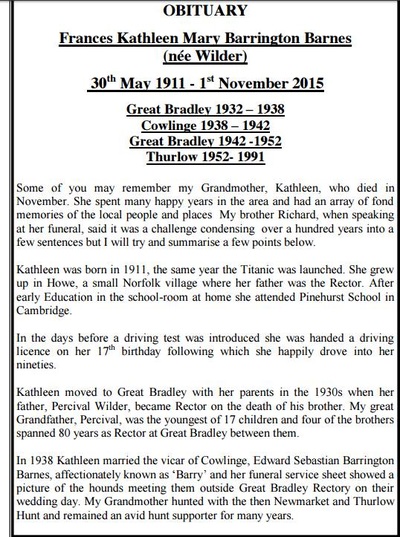 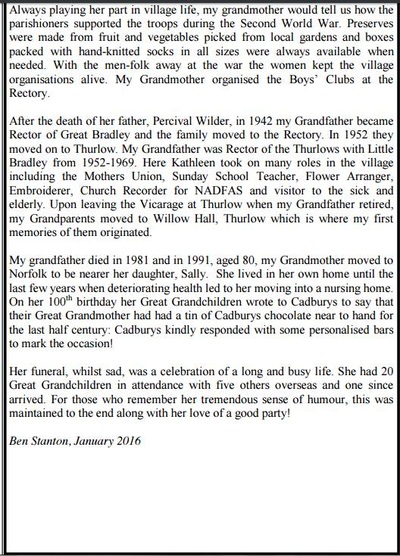 This memorial is in Bath Abbey with the grave (below) in the Bath Abbey cemetry in Widcombe, plot REF 3D4. 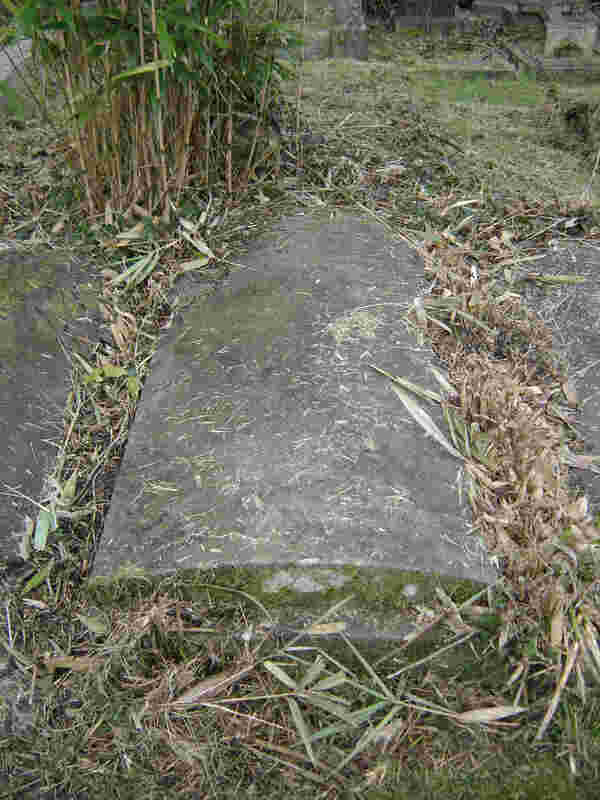