Newcomers to the village would be unaware that Rose Cottage (there are two in the village, this one is on the main road) has been enlarged to a considerable degree during the 1970s. This charming cottage, with its timbered beams and pantiled roof, has been so cleverly renovated that it is impossible to see where the end section nearest the Village Hall has been added. The front porch, too, is a recent addition, but gives a very authentic appearance to the house.

Rose Cottage once boasted a fine dome-shaped bread oven, constructed of brick, clunch and rubble, and capable of holding around two-dozen large loaves. This supports the belief that the cottage at one time provided bread for the local inhabitants, and in fact on the tithe map, dated 1842, the dwelling is marked as "bakehouse". Unfortunately, during the building of the North end of the cottage it was necessary to remove the bread oven, due to its dilapidated condition and in order to gain access to the new extension, but care has been taken to preserve the original hatch cover and this can be seen in the kitchen, formerly a lean-to shack or outhouse.

Whilst initial renovation work was in progress a number of oak beams were discovered, hidden under plaster board, in a past attempt to 'modernise' the dwelling. These have now been exposed and form a feature of the sitting-room. The original staircase was narrow and encased but in a very poor condition and has been replaced with a pine open-plan stairway.

Traces of original pargetting can still be seen on the front walls and the cottage at one time had wooden shutters. The original plasterwork, when uncovered, proved to be of a lime, fine sand, and bullocks hair mixture, as used in the 17th century. Part of the original cobble-stone path around the cottage has been uncovered and left exposed. Great care was taken in building the new north elevation to use only material authentic to the period and all the oak timbers were obtained locally from two former dwellings - one at Westley Waterless, a former religious house, dating from the Tudor period and destroyed by fire in recent years, and another at Wood Ditton, known as Church Hall Farm, believed to date from the 15th century.

Pantiles to match the original roof were also obtained locally, and it is interesting to record that work on the roof revealed it had been 'removed' and replaced three times in past years, and was originally constructed of peg-tiles. A good roof is reputed to last around one-hundred years and we can therefore surmise that Rose Cottage has stood for at least three-hundred years.

Work on the garden uncovered a quantity of large flint-stones and old red bricks, so many in fact it was possible to build two retaining garden walls. This gives rise to the possibility that there may have been a range of outbuildings, or perhaps even another dwelling on the site. Further excavation work in the garden produced a quantity of show horses, mainly of the type used for shoeing the 'Shires' which were the work-horses of the area. Also discovered were a number of salt-glaze pots (of the type used for pickling), two very early Medicine vials, and one or two early lemonade and ale bottles. 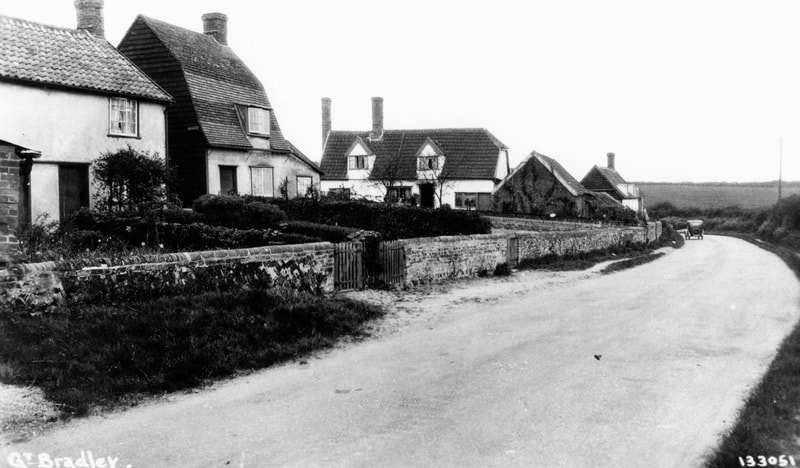 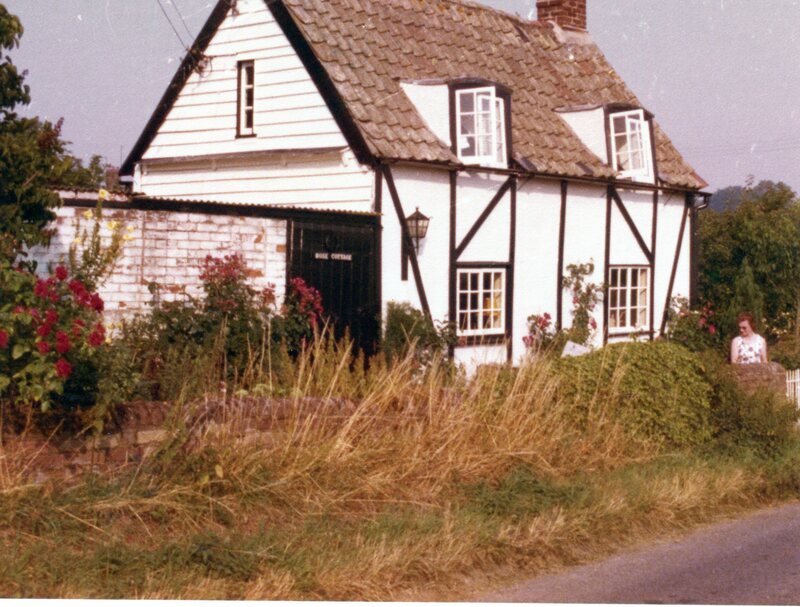 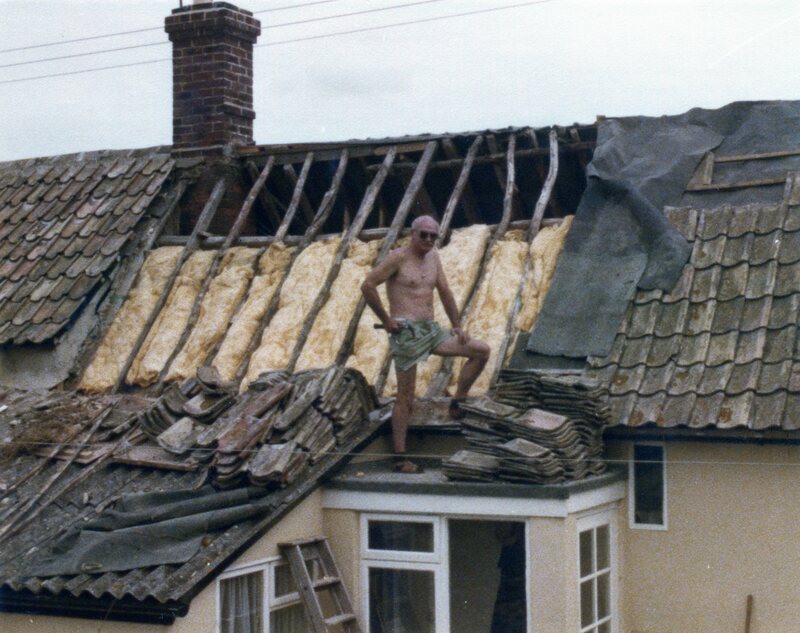 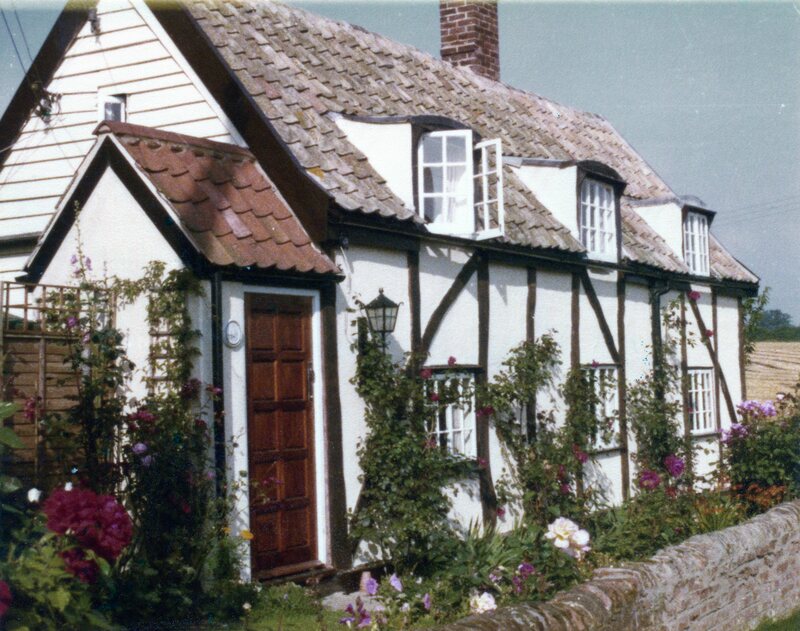 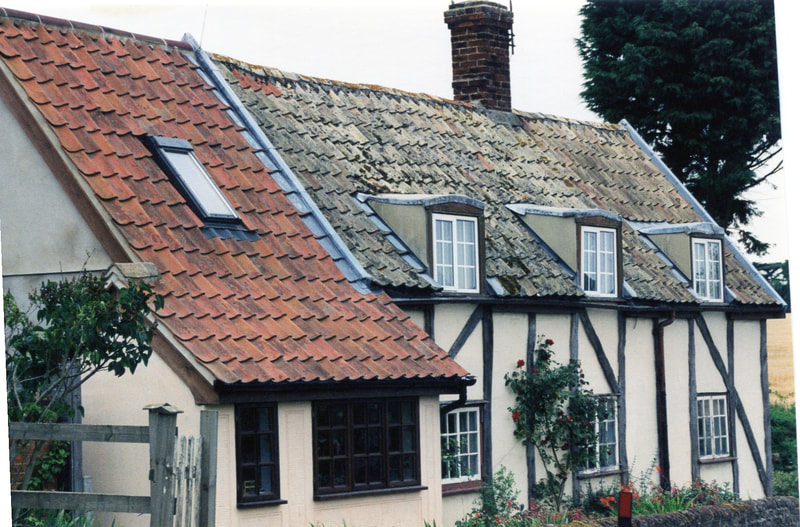 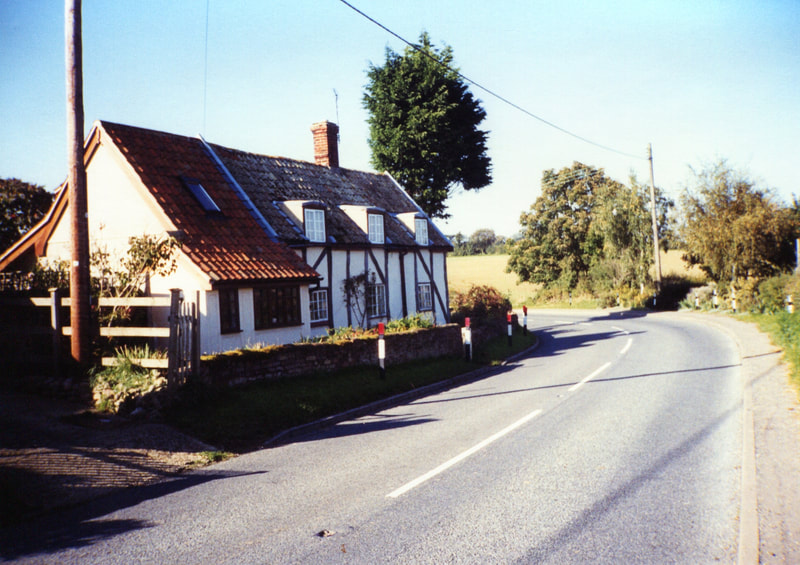 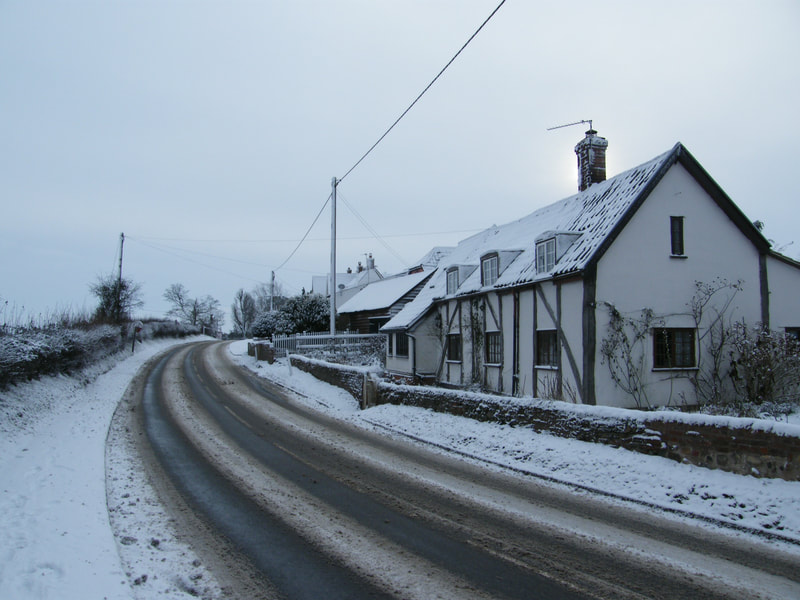 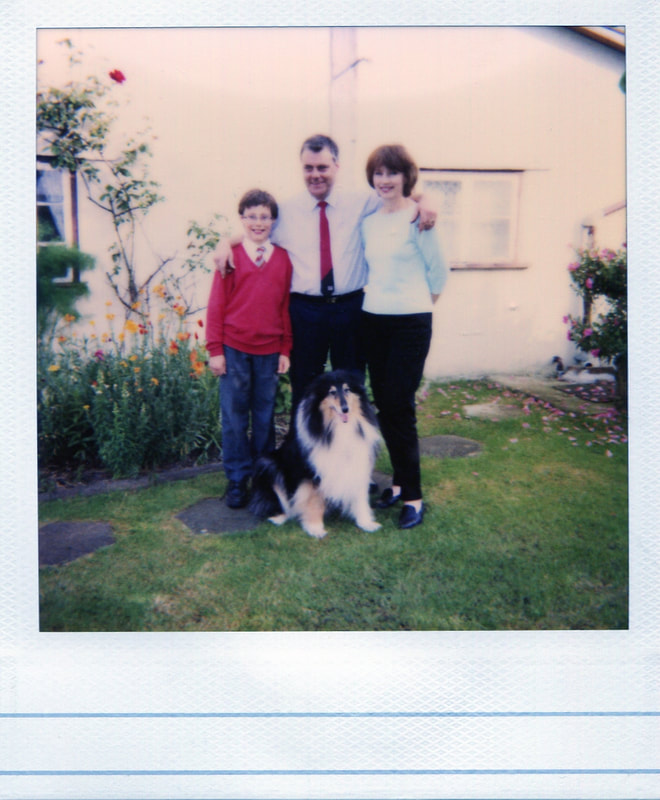 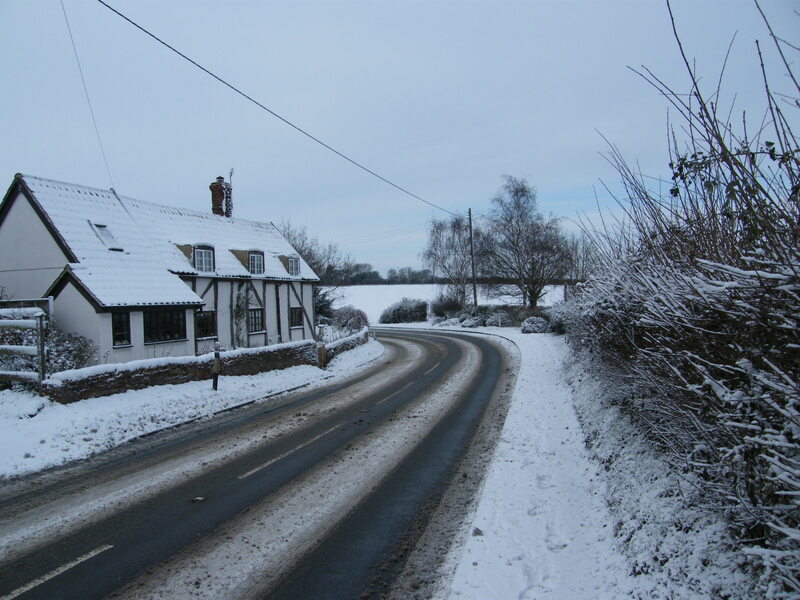 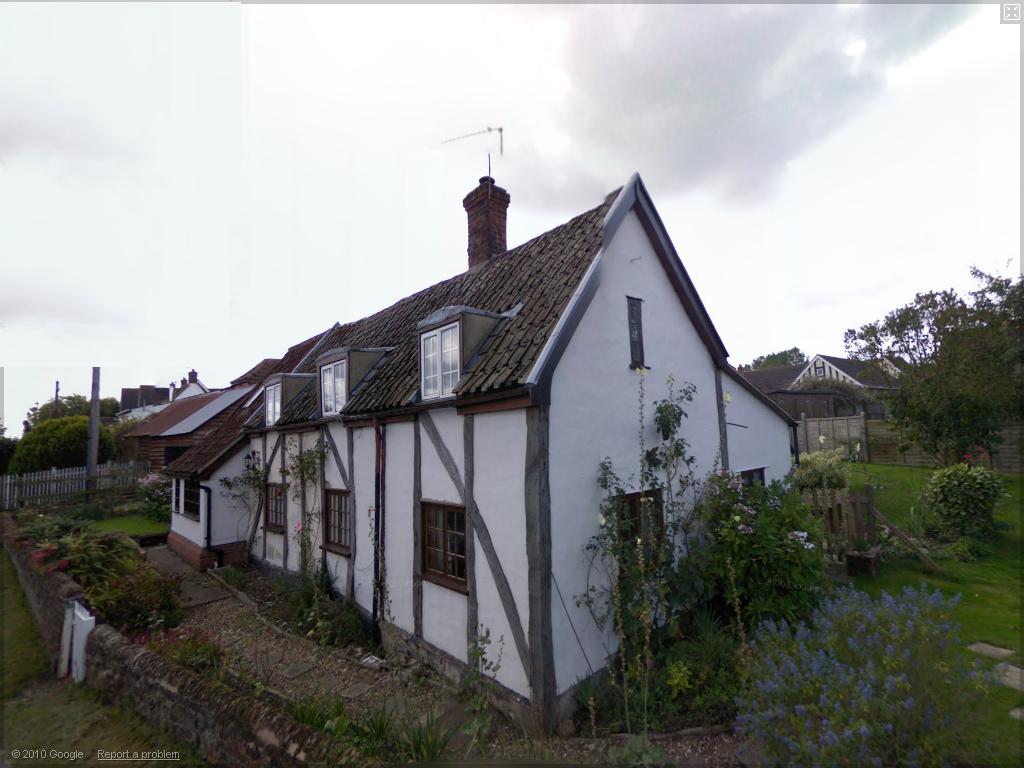 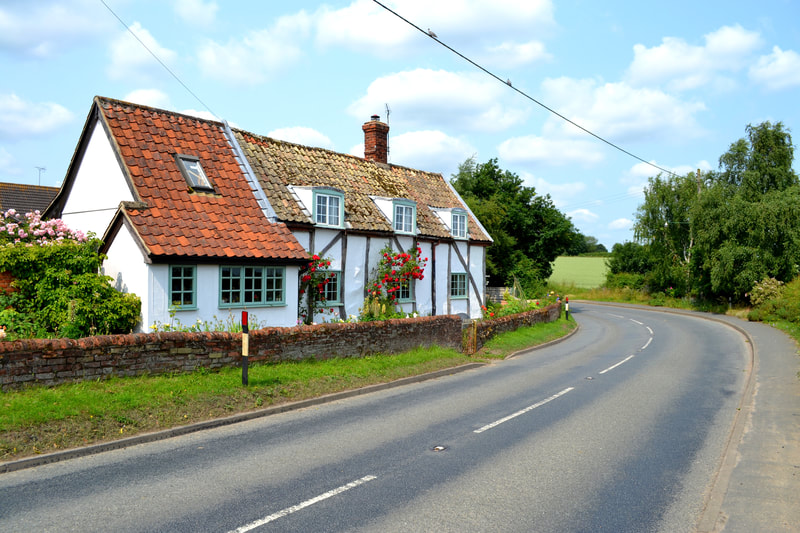 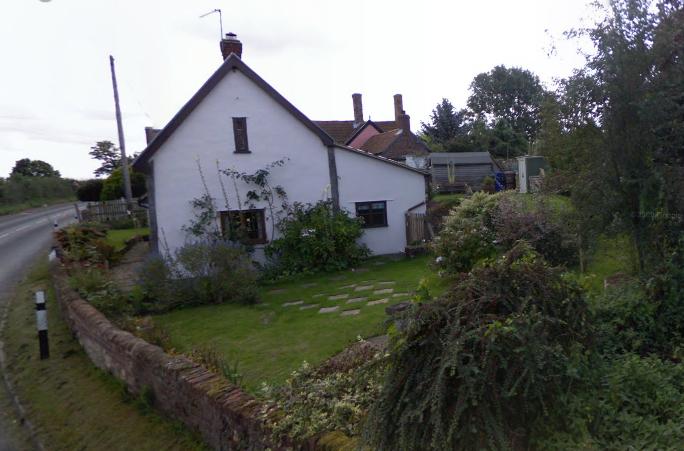