When Harold was defeated in 1066 by William the Conqueror, the Normans became the dominant landowners. Many Suffolk leaders had been killed or their land confiscated. The land in Great Bradley was previously controlled by the Saxon/ Danish thane, Ulf.

The land they occupied was about the same as the parish area now. Ulf's manor was described as  being 1 league long  by 7 furlongs wide (approx 21/2 miles by 7/8 mile). It is probable that the first Norman ruler was Robert of Tosny. Robert's land was recorded in the Domesday Book of 1086  a covering 7 carucates (the amount of land 7 teams of oxen could plough in a year), plus 13 acres of meadow and enough woodland to support 500 pigs. The Domesday Book records just 'Bradley', with Great and Little Bradley  being identified later. Robert de Tosny also had lands IN Kirtling and there are similarities in the doorways of the churches

Tosny is a small town on the River Seine, south east of Rouen. Robert held other lands in England. There are many web sites devoted to the family. See http://www.harby.co.uk/Tosni.htm for more background.

The Normans were certainly present in Great Bradley: the central part of St Mary's Church is Norman from the 12C. Take away the  style of windows of the church in this picture and this will give you some idea of what it looked like. 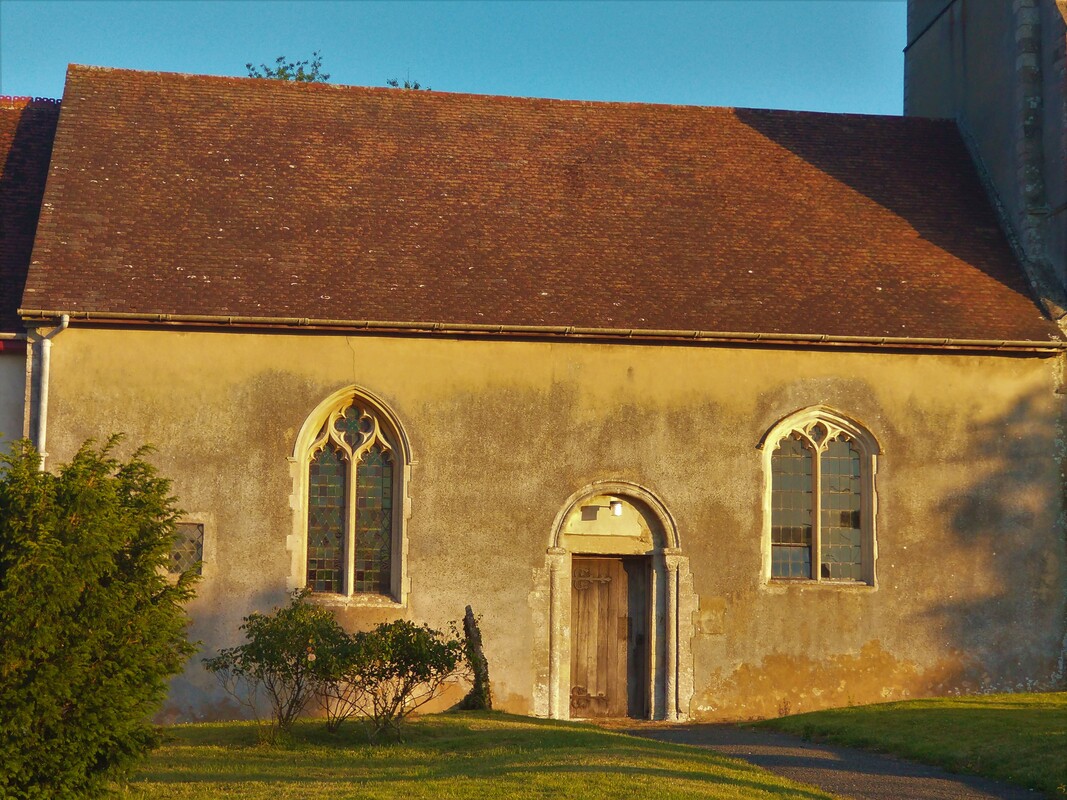 The Norman architecture in the church is the most lasting legacy of the Norman presence in the village. For more information
click here