Background to the Census

These pages provide the information recorded in the censuses taken in Great Bradley, Suffolk. The picture above shows the 1911 census record sheet for the Rectory in Great Bradley.

Information on those who was born in Great Bradley, no matter where in England they were living

There has been a census every ten years since 1801, excluding 1941. The administration of the early census returns 1801-1831 was the responsibility of the Overseers of the Poor and the Clergy. Most of these early returns were unfortunately destroyed, although in some isolated instances they have been preserved. The census returns for 1841 were the first to be kept and, as far as the general public is concerned, the information is released by the Public Record Office after a hundred years. For example, the public were given access to the 1891 census returns on 1 January 1992.

The census was usually taken  at the end of March/ beginning of April (see below). Enumeration forms were distributed to all households a couple of days before census night and the complete forms were collected the next day. All responses were to reflect the individual's status as that night. People who were travelling or living abroad were enumerated at the location where they spent the night on census night. All of the details from the individual forms were later sorted and copied into enumerators' books, which are the records we can view images of today.

From 1851-1871 the enumerator was Hanslip Nice. From 1881 - 1901 the task was taken on by his son, Josiah. Both were millers of the village operating the windmill that once stood on Bradley Hill

The information should be double-checked, as those who have translated the copies of the original records have made transcription errors

Go to this link for the full census record: Great Bradley Census Archive 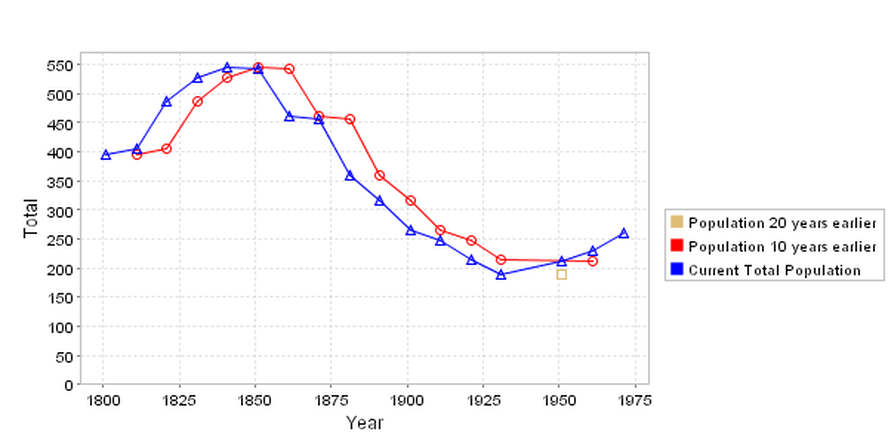