There is only one Fox Green in the country, and we have it (although there is a Fox Green Crescent in Birmingham)!

In June 1988, Messrs. R. S. and C. W. C. Ryder of Great Bradley Farms announced the intention to undertake a development at Fox Farm, and to relocate the farming business away from the centre of the village. It was proposed that 25 houses would be built at Fox Farm, and a separate 3.5 acre recreation ground adjacent to the development would be made available. Villagers were invited to a meeting in the Village Hall on 13th June 1988, at which an outline of the scheme was shown. Local press reported that about 200 attended the meeting. The main site was approximately 8 acres, and the development was offered for sale by formal tender on 15th October 1993.

Originally, access to the B1061 road was to be limited to four of the houses, with the main access being through Evergreen Lane. Many local residents and the Parish Council stressed preference for the access to be solely to the B1061. This change was eventually accepted after improvement to the visibility splay, which included resiting the telephone box from in front of The Fox pub to Evergreen Rd, and the number of houses was reduced to 23. The development by H. C. Moss was completed over two years, 1996/98. 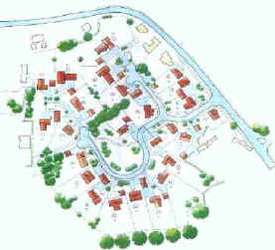 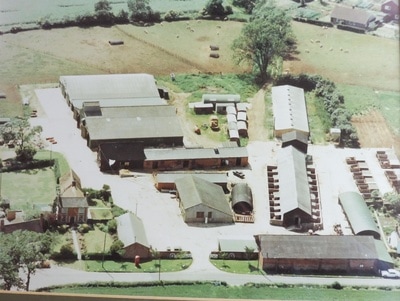 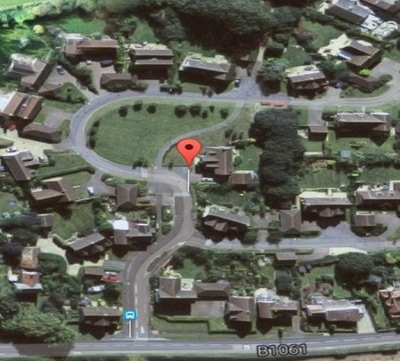 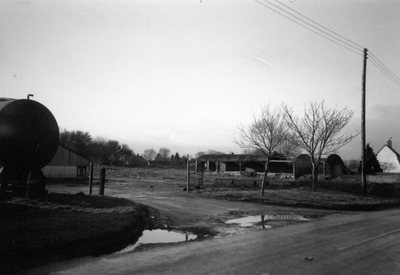 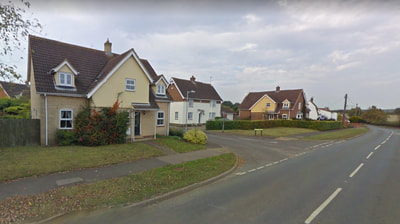 Aerial view of Fox Green (summer 2015) and the current entrance compared with the original farm from approximately the same viewpoint
The images below show how the plans for Fox Green developed: at first the density of houses was going to be higher than it is now and the entrance was to be via Evergreen Lane. Click on the images to see a bigger picture. 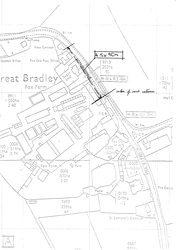 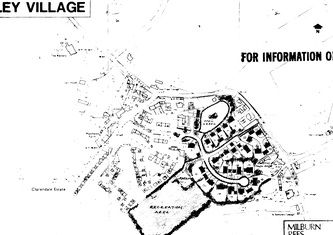 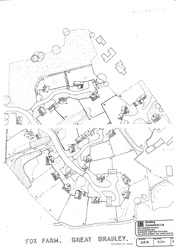 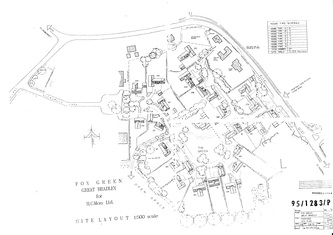 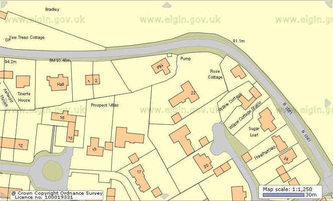 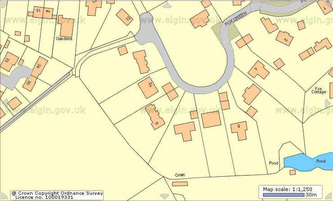