This map has some fantastic detail. It shows the location of the well between The Crown  & Mathew's Farm and the village pumps.

The windmill is now disused. See here for the tragic story as to why

Compared to the 1885 map, The Crown is spelt correctly 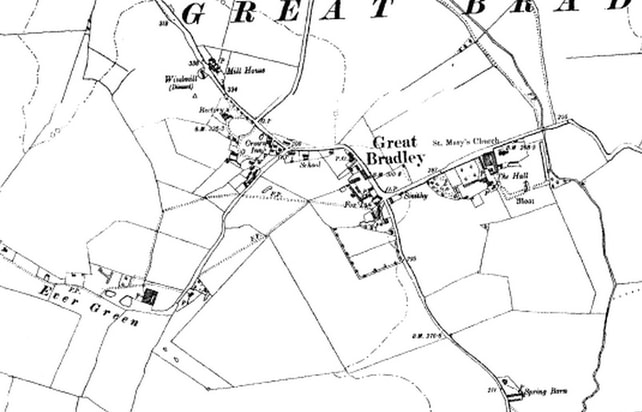 The Crown and The Fox pubs as well as the school are all operating.

The Post Office is now at the Crown, not at Willow Cottage 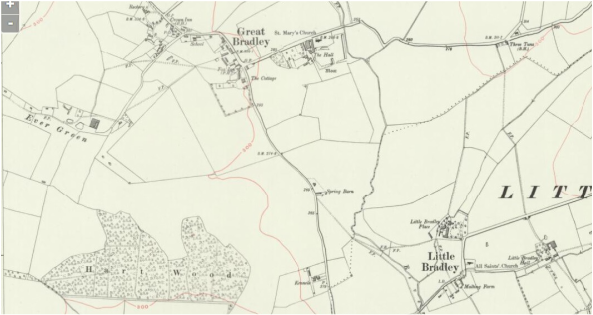 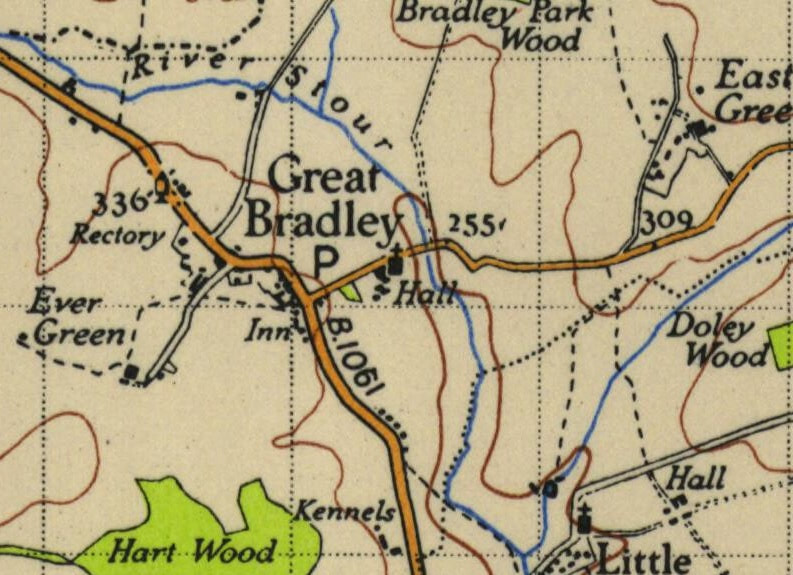 The man change from the previous map is the building of the houses (called Spring Barn Cottages) along Thurlow Road. See here for more detail 1drv.ms/1x4i8uX
1950 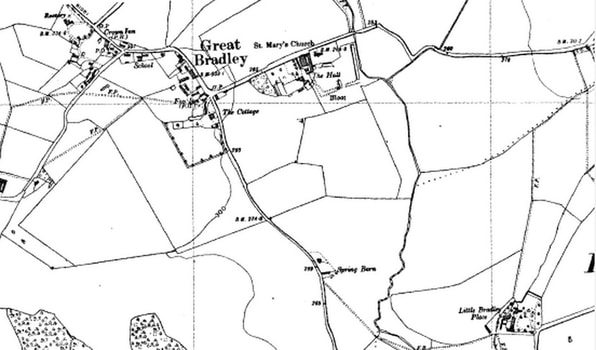 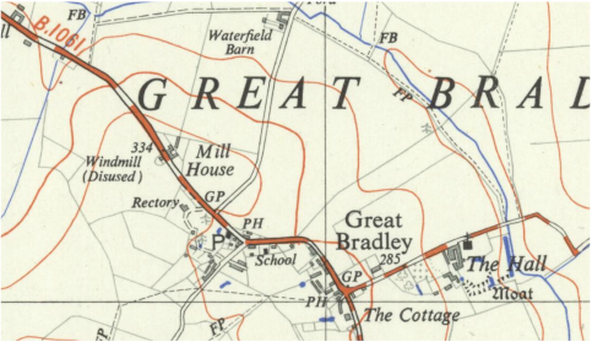 Greater clarity has been brought into how the maps are drawn and changes in the village are taking place
- The first part of Evergreen Lane has been built (ie the houses but not the bungalows); and
- The  houses  along the Thurlow Road are now shown
- Hall Cottages have been built at the top of Hall Lane
- The smithy on Hall Lane - although present - isn't marked as such 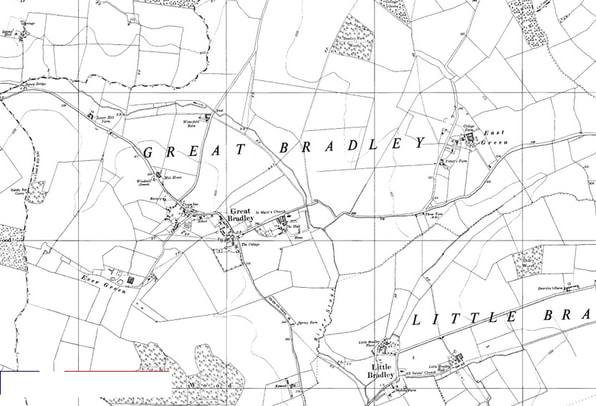 This doesn't look much different to the previous map, except that it is shown here in black and white and the contour lines have gone.
The village pump has gone
1970 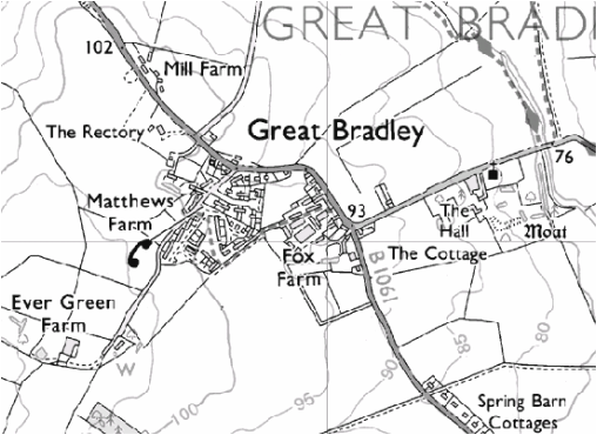 - Evergreen Lane has been extended
- Clarendale has been built, making a huge difference to the village.
- The smithy has gone from Hall Lane
- The house on the sout hern corner of Evergreen Lane/ The Street (Clem Smith's house) has been replaced with  4 houses new ones
- Kennel Cottages on Thurlow Road have been built (see enlarged map)
- Fox Farm is yet to be replaced by the Fox Green development. 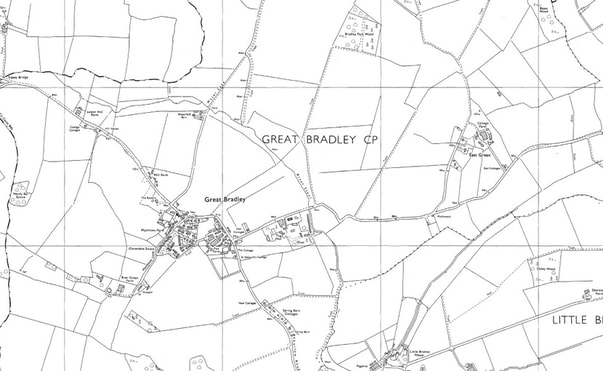 - This still shows Fox Farm before the development of Fox Green.
- Crown House is shown as a Post Office but not a pub.
- The Fox is still shown as a pub
- The School has closed is not marked as such
1998

In 1998 the village changed hugely with the building of Fox Green on the site of Fox Farm .

These map shows the original Fox Farm and first sketches of the future development in 1994 - with the proposed access to Fox Green from Evergreen Lane not The Street, as it ended up.