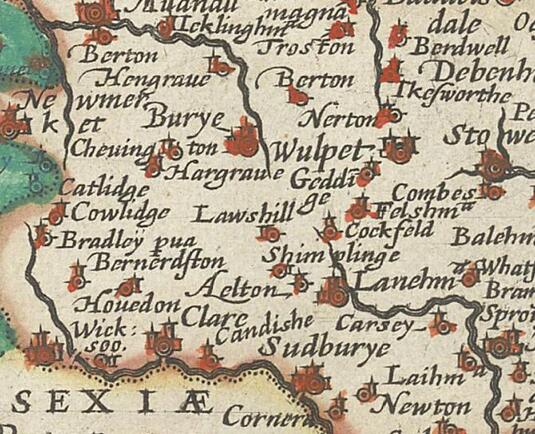 The main point about this map from our point of view it is that it shows Little Bradley but not Great Bradley!

The map is from Map of Suffolk from Pieter Van den Keere's miniature County Atlas of the British Isles, dating from c.1603-10. Van den Keere was a refugee who came to England, with his sister,  to escape religious persecution in the Low Countries between 1570-1590. After their arrival Van den Keere's sister married the map maker Jodocus Hondius, a fellow refugee, and it is likely that it was from his brother in law that Van den Keere then learnt cartography and engraving. This atlas contains maps of the English and Welsh counties, the regions of Scotland and the Irish provinces. The maps of England and Wales were based on those of Christopher Saxton who had published an atlas in 1579. The colour picture is taken from the British Museum collection and the black and white is image is a close up. Little Bradley is shown as Bradley Pva (Bradley Parva, meaning Little Bradley) 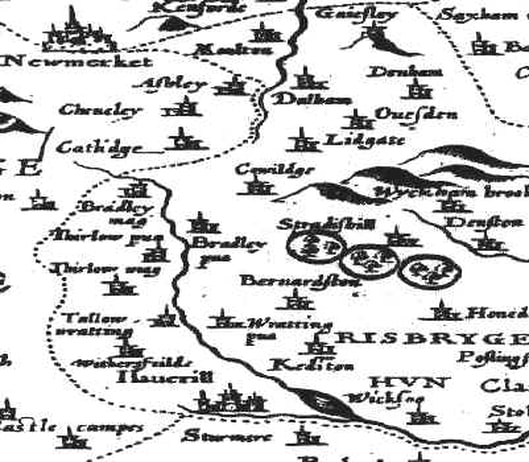 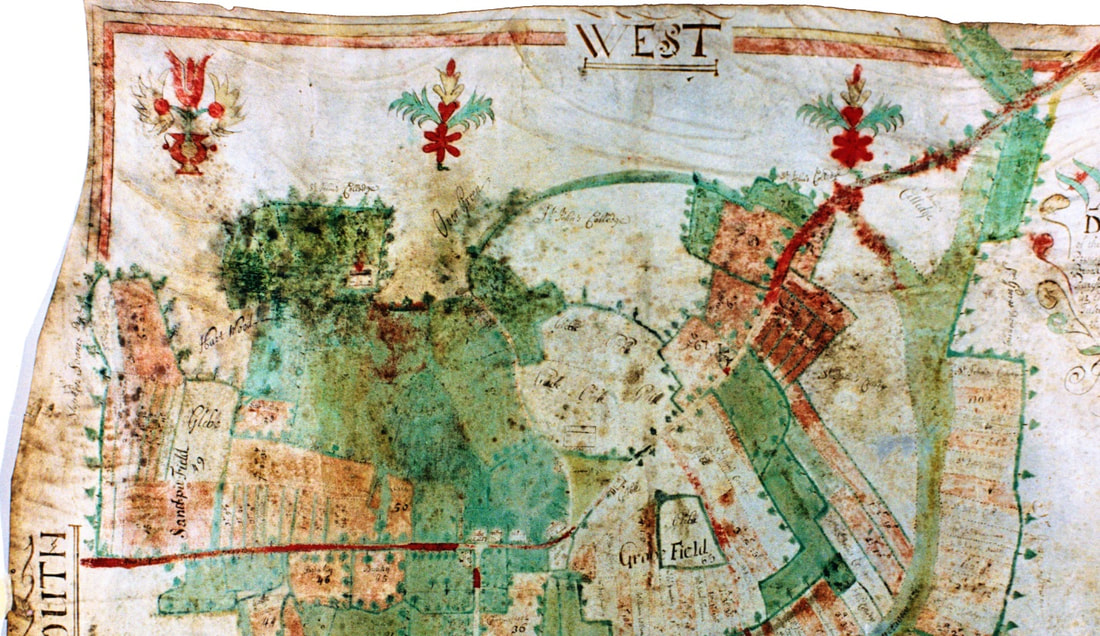 This is the earliest detailed map of the village that we have. It was made in 1719 to record the land ownership of Joseph Brooksbank. He became a Freeman of the City of London in 1681, an Assistant of The Haberdashers’ Company in 1706, and its Master for 1718-9.

That he was prosperous and a promising young man is evidenced by his marriage in 1679 to Mary, daughter of Richard Stamp, merchant, of The City and of Reading, and niece of the Thomas Stamp who became Lord Mayor in 1691.

The green triangle at the centre of the map is known as Pound Green and is now the junction of Evergreen Lane and The Street opposite Yew Tree Cottage. Only a few buildings are shown on this map.

To see the whole map and view a detailed copy download a jpg file from here files.mycloud.com/home.php?brand=webfiles&seuuid=7816a6233bb79d2eaca18c54f6967dcb&name=1719_map_great_bradley 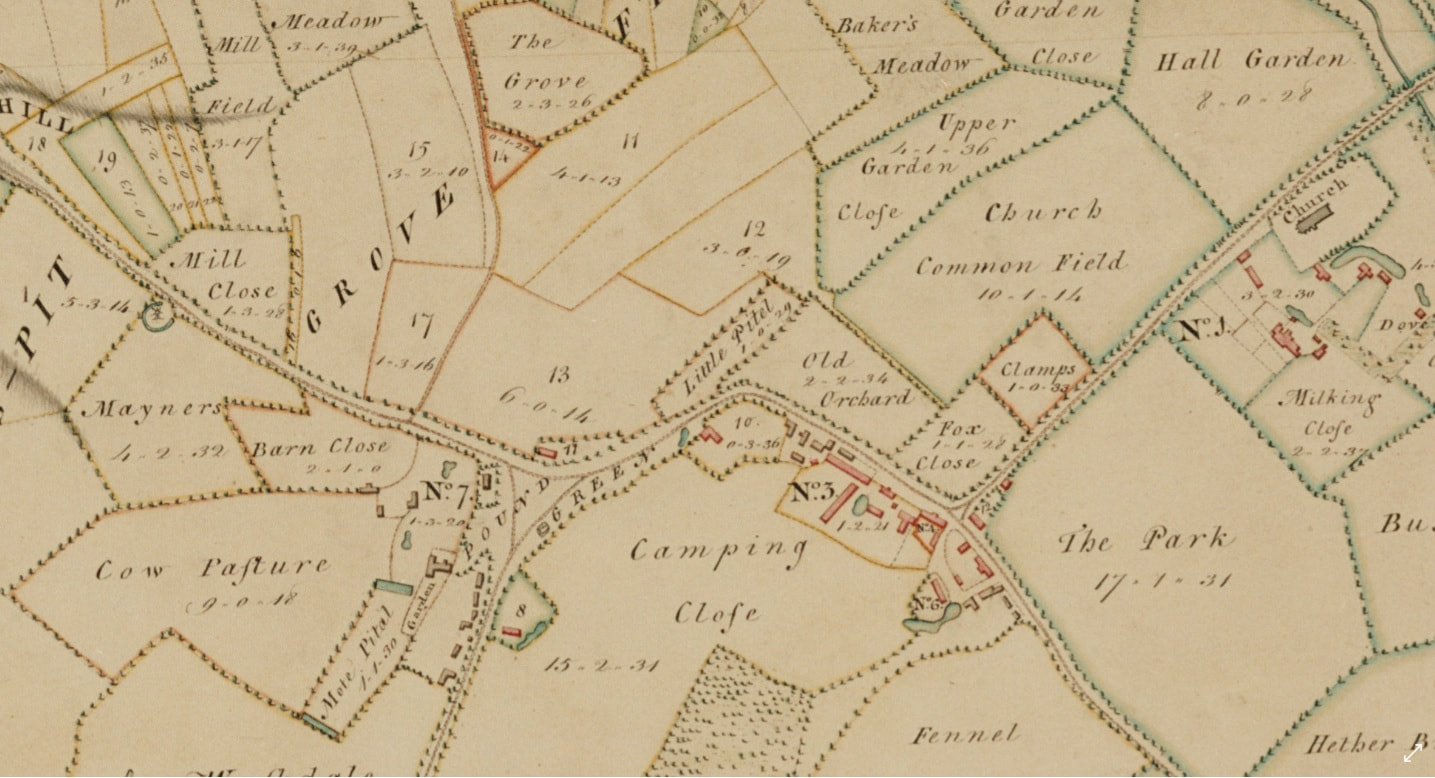 This is a fantastically detailed map showing the size (in acres, rods and poles) and the names of the different packets of land belonging to the main farms and landowners in Great Bradley.

To view the whole map in detail download a jpf file from files.mycloud.com/home.php?brand=webfiles&seuuid=767ea2be64d3dc263d960bf317d405d6&name=1767_map_great_bradley 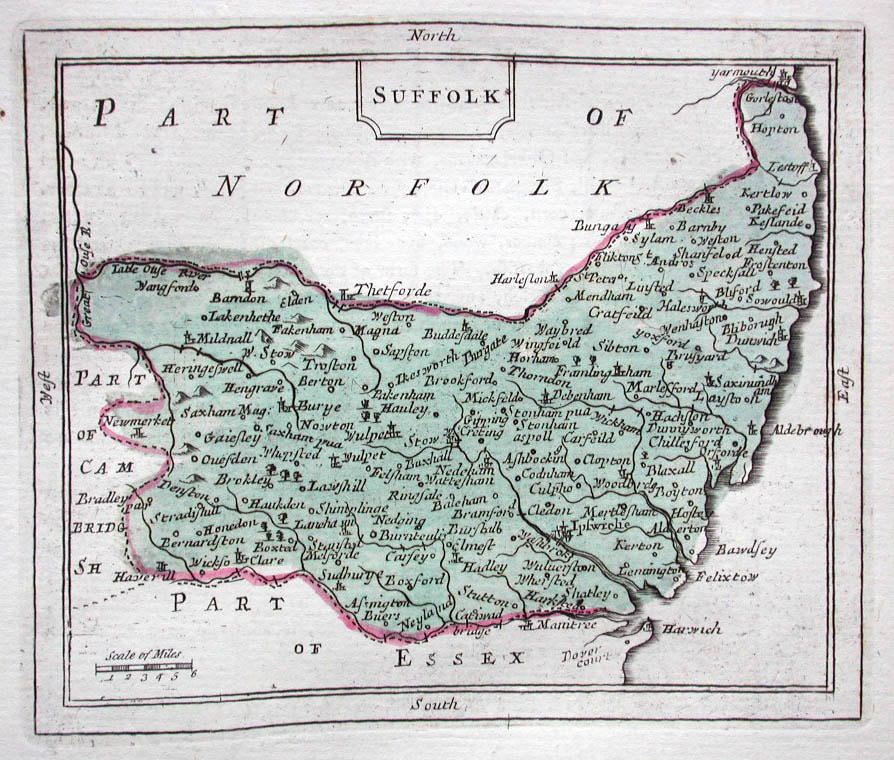 Bradley Pava (Little Bradley) is shown on this map, but not Great Bradley