1842: The Crown Inn is known to have existed in 1842, for a Tithe Map of that date denotes the owner of "The Crown Public House Cottages and Pastures" as being William Paxman,
1855: Richard Fredick Paxman was the landlord at least until 1874. (In 1861 the census records Richard to be 50 years old and living at he Crown with his wife Hester, aged 52; daughter Eliza, aged 18; father William aged 84 and Richard Frederick, grandson , aged 3)
1887: Ann Richardson is shown as the landlord and the pub was bought by the Greene King with Kedington Brewery
1891: By now Christopher Richardson was landlord (it was known then as the Rose and Crown),
1892: Richard Hayward was shown as landlord
1916:  Mrs. Sophia Hayward is shown as living in The Crown
1925: It is quite likely that, soon after this time, the pub closed and became a private dwelling.
1925: Mr. A.A. Hayward (who was also a bricklayer and carpenter) is remembered as having been the sub-postmaster at the Crown House, but upon his death the Post Office was also closed down (It was probably after this date that the Post Office moved to the Fantails, next to the Crown, but there are no dates available to confirm this).

Mr. Will Hayward, A.A. Hayward's father, used to have a pony and trap which was available for hire to take passengers to Dullingham Station; at one time, there was a hitching post, with a ring in it, at the front of The Crown where customers could leave their horses. There used to be a well in the back garden of the public house, fed by a rising spring, and there was also a pump which served ten houses in the immediate area, including the Yew Trees (opposite) which was, at that time, three cottages.
In the 1930's, when the one petrol pump was established, many a passing motorist must have heaved a sigh of relief, for it was the only petrol pump between Haverhill and Newmarket, a distance of some fifteen miles.

In March 1953, Mr. and Mrs. Beavis bought the Crown House, and it was re-opened as a Post Office by Mrs. A.R. Beavis on 2nd October, 1965.
On 19th September 1976, Mr. and Mrs. Tony Knight took possession of the property, and Mrs. Knight became sub-postmistress. It  had two petrol pumps for many years, the petrol having been changed from Esso to Bulldog in the late 1970s. These pumps, together with the shop, provided key facilities for the village. All are now gone.

Notice the petrol pumps - now gone. The first petrol pumps appeared outside Crown Hose in the 1930s.The ones in this picture are Esso petrol pumps. In about 1980 the petrol was changed from Esso to Bulldog. The pictures below shows what the pumps actually looked like. Remember them?? 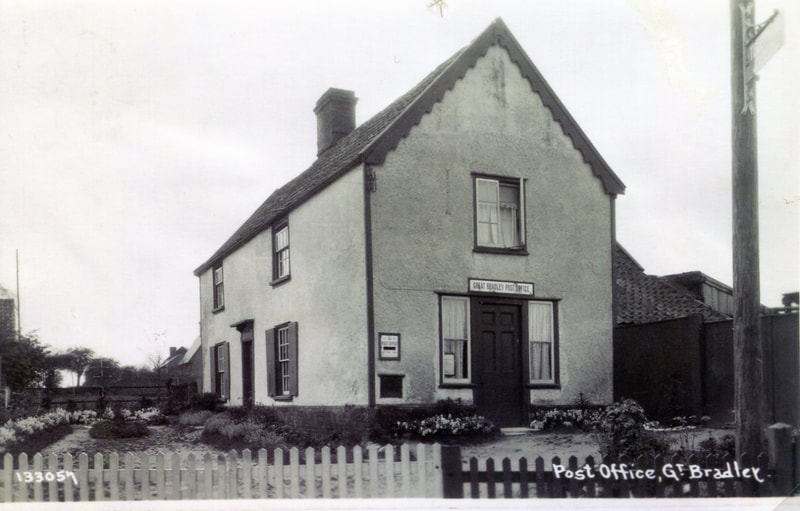 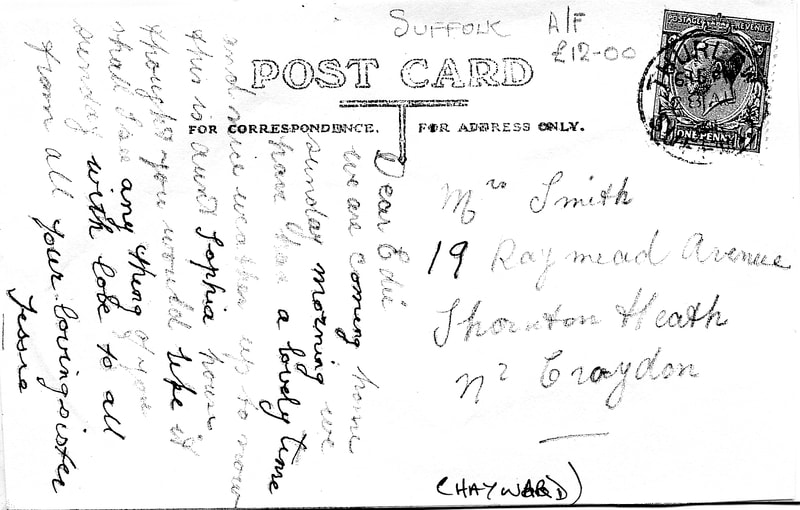 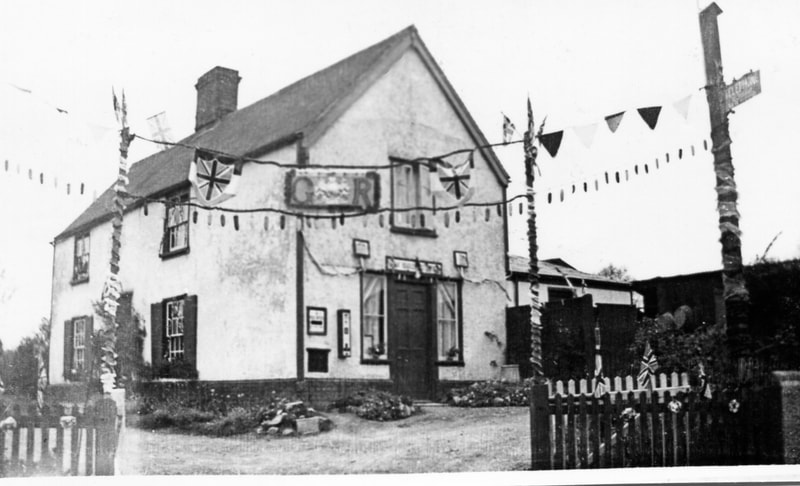 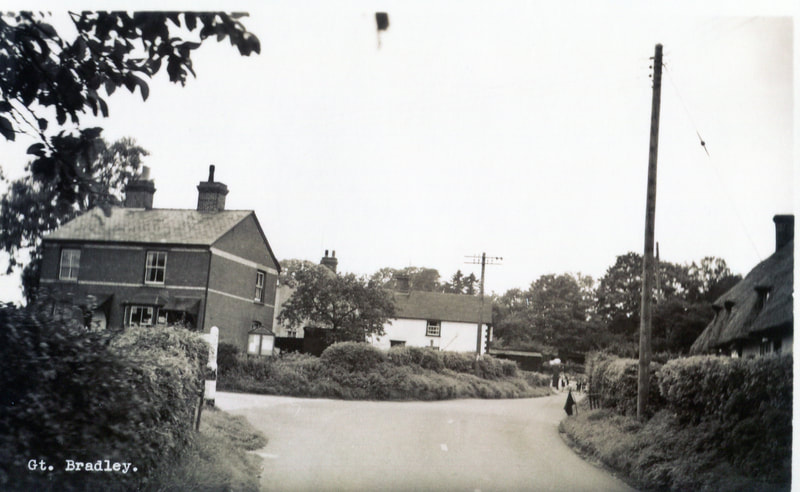 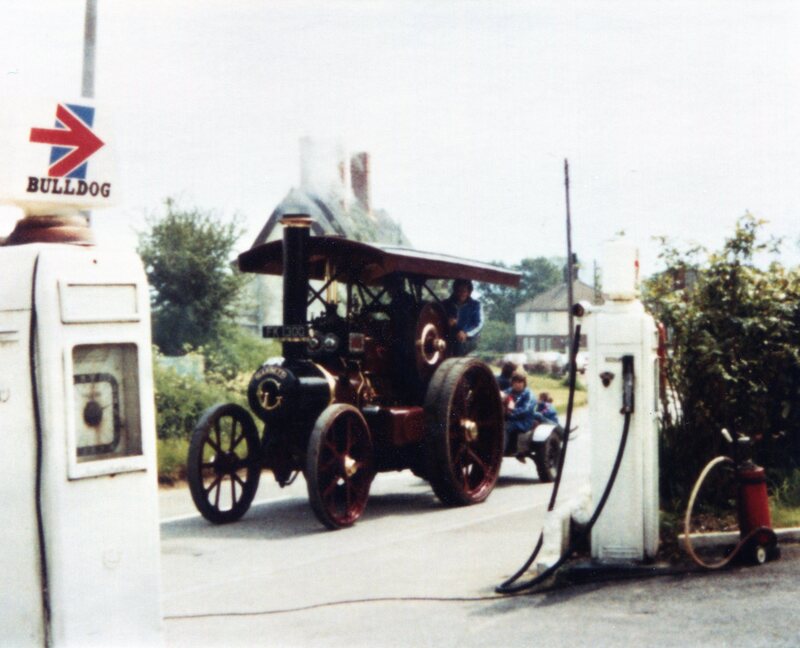 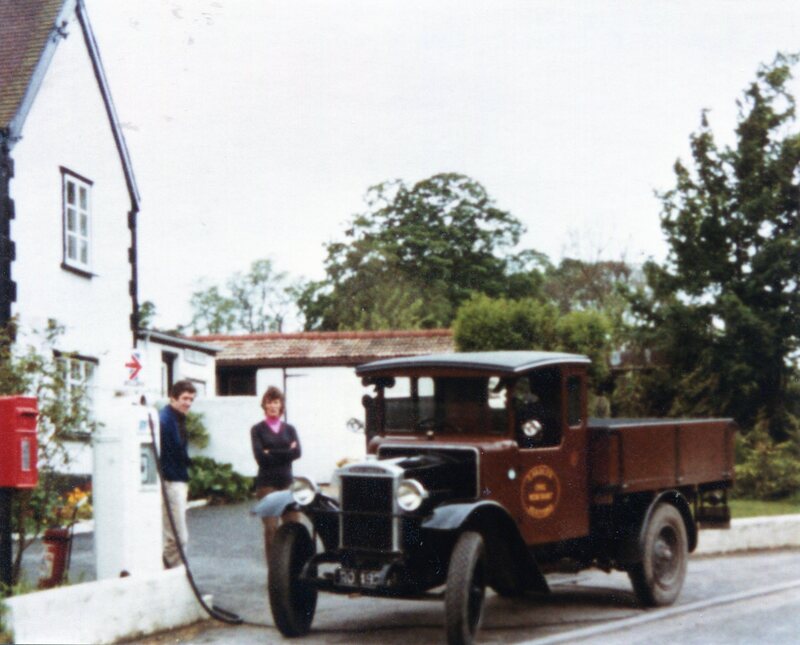 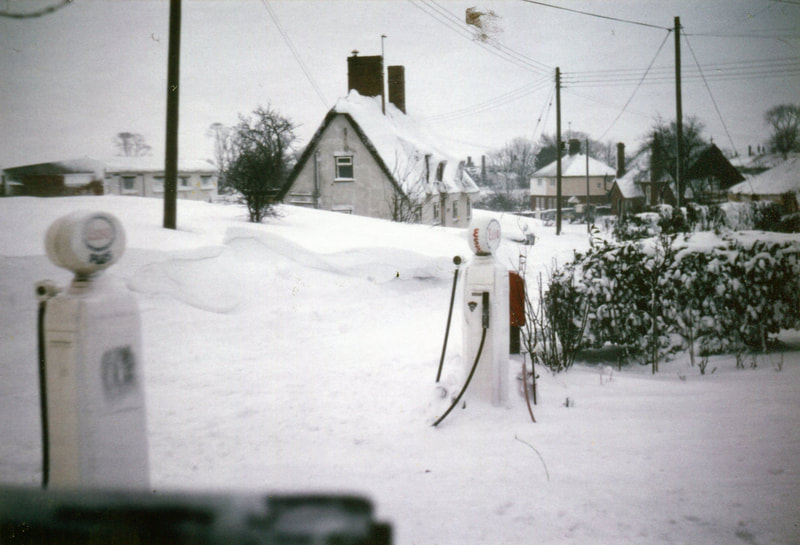 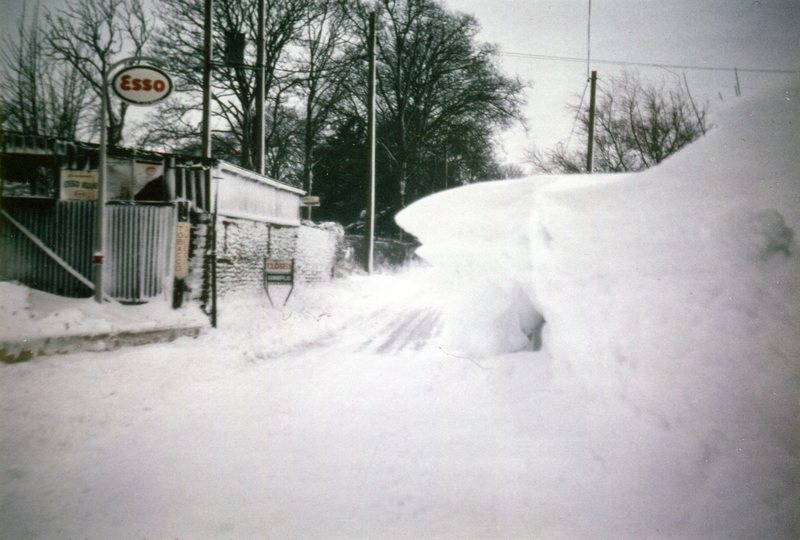 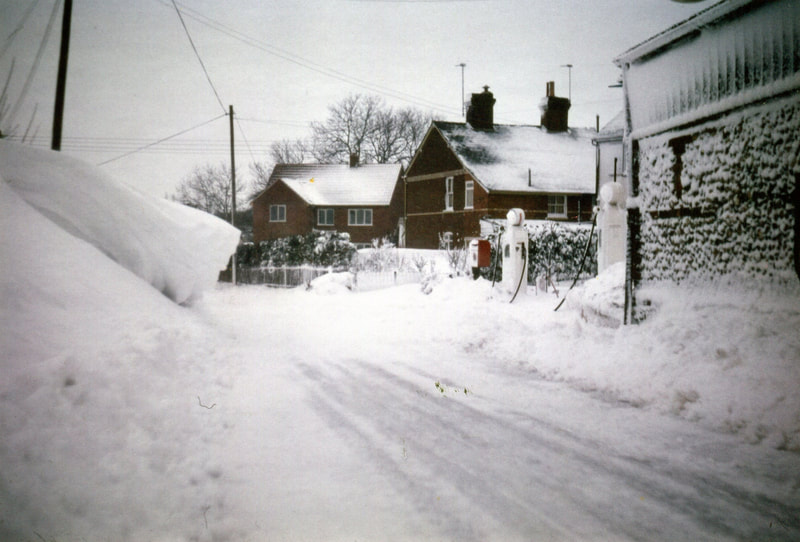 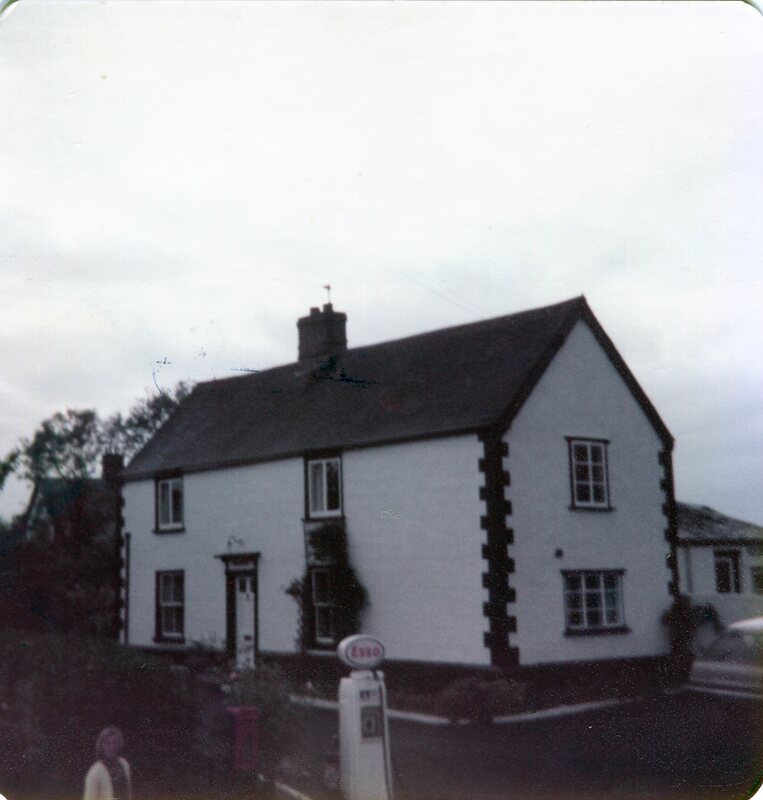 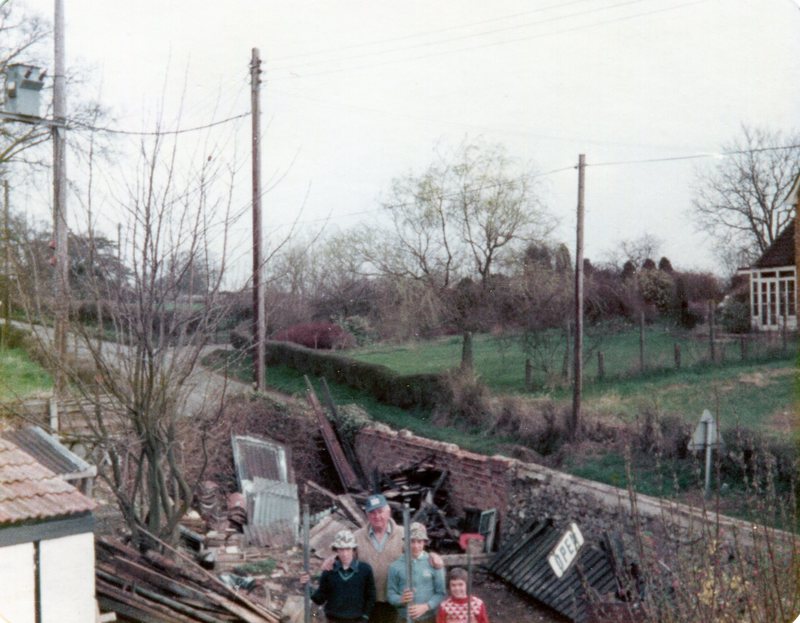 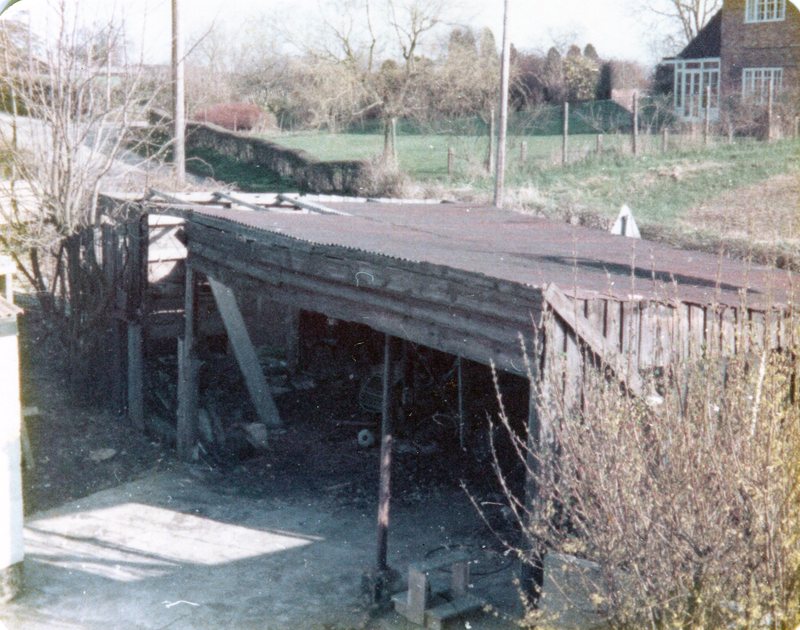 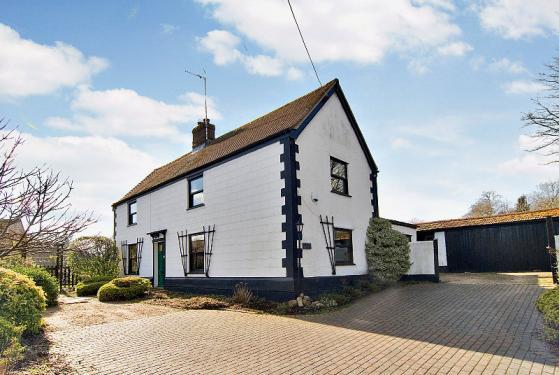 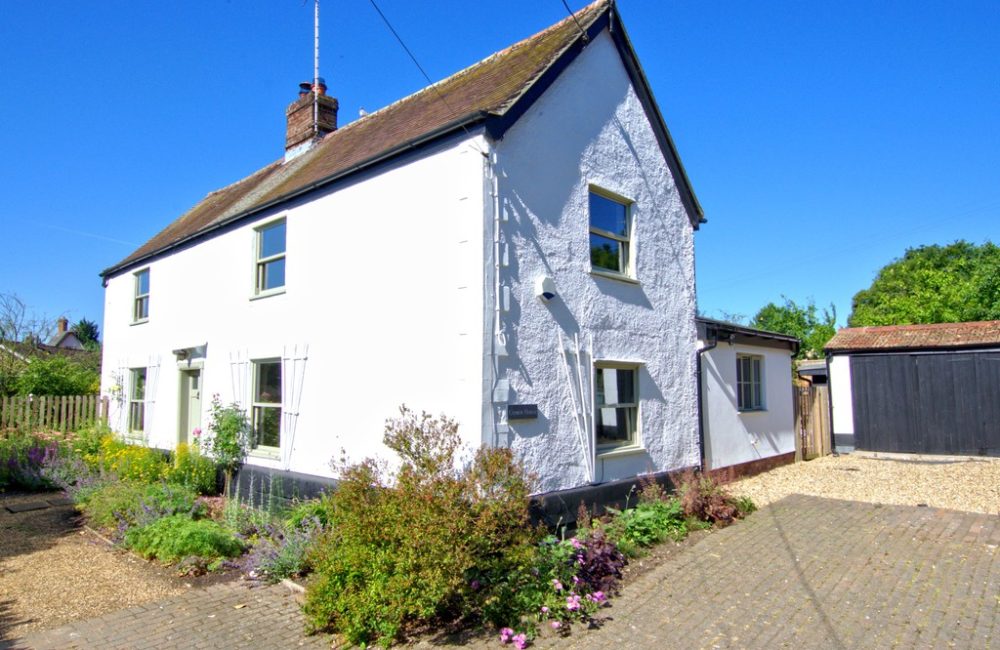 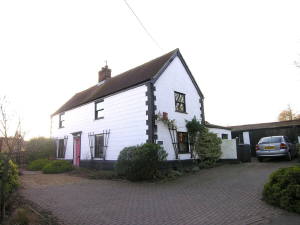 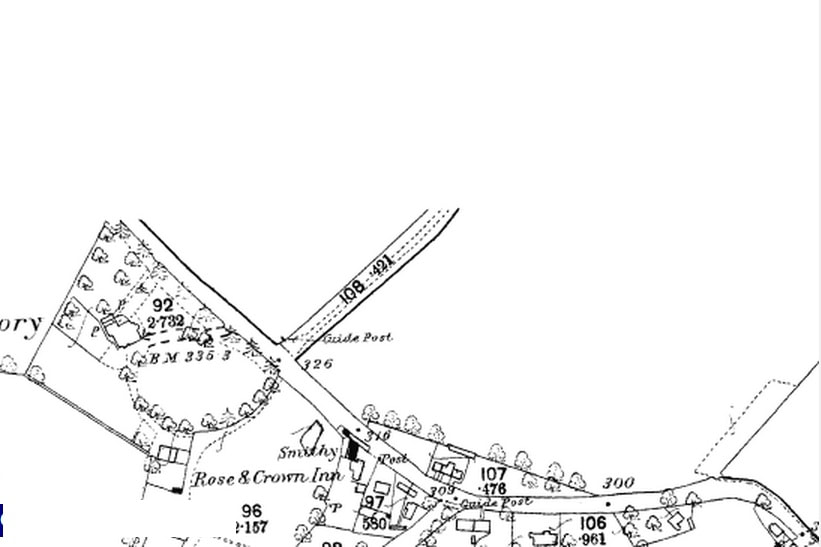 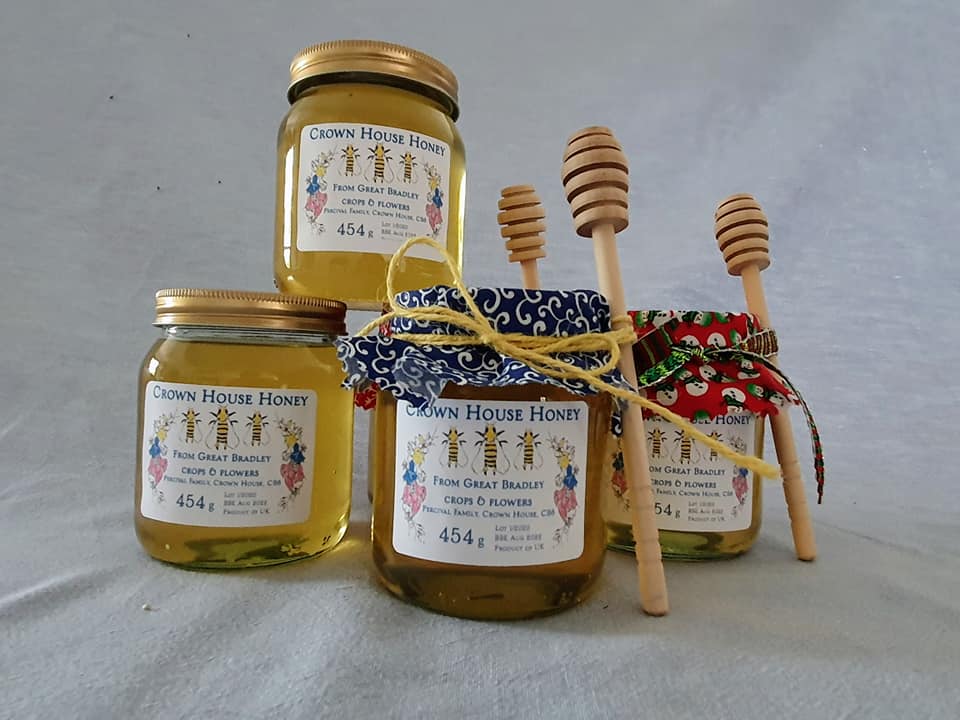 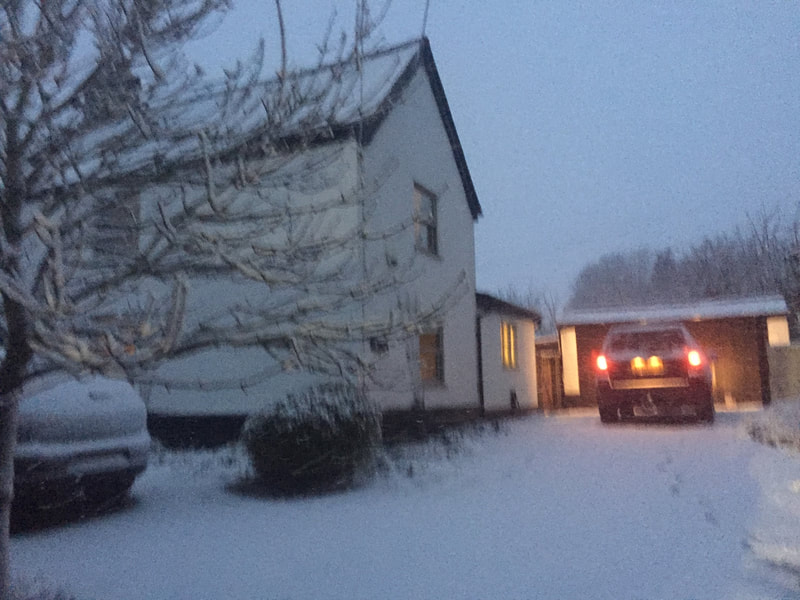 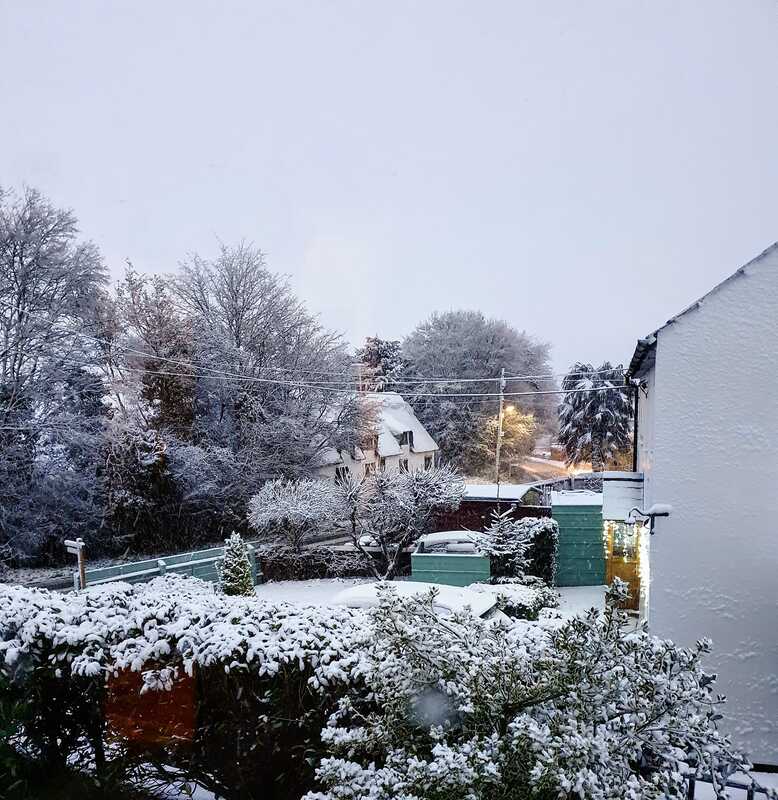