1921 Census of those living in great bradley

The picture above shows Harry & Julia Balls standing outside their small cottage on the main street through the village, in what is now called Sugar Loaf. Harry was born in 1873 and died in January 1960, aged 87. Julia died in December 1960, aged 83. Harry was a veteran of the Boer War (1899 - 1902) and the First Word War. In 1921 they had been married 20 yers and Harry served as a coachman/ domestic groom at Great Bradley Hall.

The 2021 Census took place on 19th June.The intended date for the 1921 census was 24 April, but was postponed due to industrial unrest, which the Government Records Office decided would have made it impossible to collect accurate information in some areas. The 1921 Census saw over 38,000 enumerators dispatched to every corner of England and Wales to capture the details of more than 38 million people. This included over 8.5 million households as well as all manner of public and private institutions ranging from prisons and military bases to public schools and workhouses.

Offering more detail than any previous census, the 1921 Census of England & Wales not only asked individuals about their age, birthplace, occupation and residence (including the names of other household members and the number of rooms), but also their place of work, employer details, and gave 'divorced' as an option for marital status.

Falling between the two world wars, the records paint a disparate picture of England and Wales.  At the time, the nation was still reeling from the impact of the First World War, a major housing crisis and the Spanish flu pandemic, as well as bearing the brunt of a ravaged economy and industrial turmoil.

The publication of these documents marks the last significant census release for England and Wales in many of our lifetimes as the 1931 Census was destroyed in a fire and the 1941 Census was never captured due to the Second World War. The next census will not be available until 2052.

The  1921 Census is now available but we will try to add information here as it becomes available. One problem that the site seems to have is that it lumps the Great Bradley information in with some other parishes. 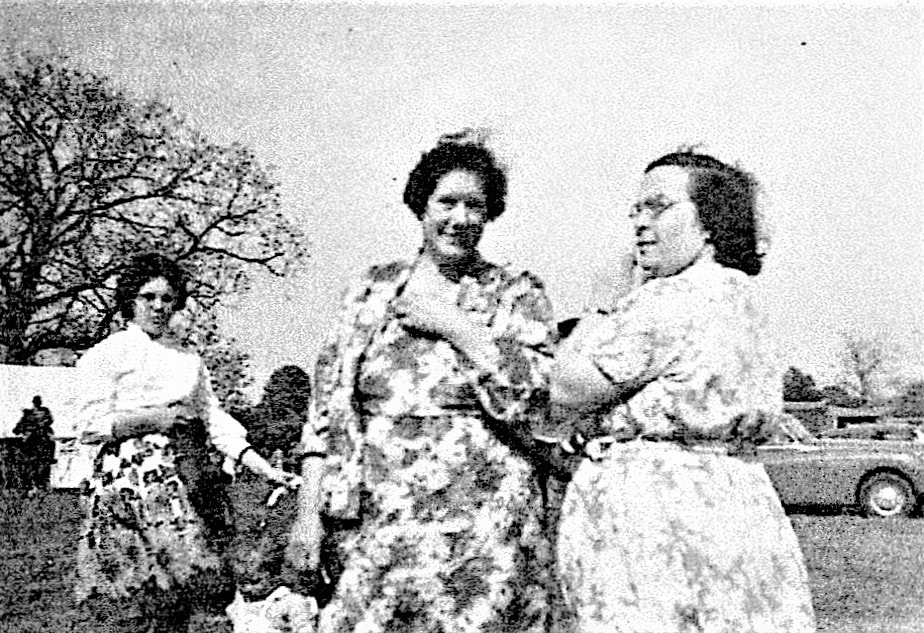 The lady on the right is Violet Mills at the Great Bradley Fete in 1961. She was one off the youngest people on the 1921 census, having been born that year in Little Bradley.
Great Bradley, Suffolk, England