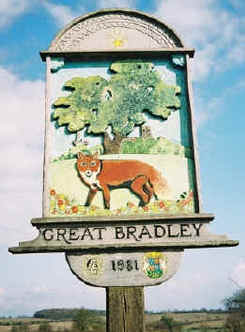 The original sign was made at a cost of £375 to commemorate the Royal Wedding in July 1981 of Prince Charles and Lady Diana Spencer. It lasted until 2010 and It depicted much more than the current sign. It had on it a:
A windmill (which existed in the village until 1949 opposite Mill House on the entrance to the village on the Newmarket side).
An ancient oak tree (at Fox Green end of Evergreen Lane - it was pollarded just before the sign was made. It is believed to date from 1200s).
A fox (Fox Farm was located in the centre of the village and hound for the local hunt were kept at the boundary of the parish)
The Church and its much treasured Norman arch.
HRH The Prince of Wales' feathers
St John's College: Coat of arms of  (for centuries, the college owned much extensive lands in and around the village).
A Roman coin (found locally by Cyril Potter on land owned by the manor and now deposited with a local museum).
Planning Permission was granted in 1982. The sign was originally planned to stand outside the village hall but, finally, it was decided that a more appropriate site was the current one, by the corner on the main road. The detail of the design was developed by the Parish Council from an original idea submitted by Mrs. Wendy Mansfield, who unveiled the sign at the official ceremony. It was carved and constructed by Mr. P. Worwicker of Stansted, and painted by Mr. D. Chaplin of Horringer. It has been restored a number of  times since then, and is considered to be one of the finest in the area.

These pictures show the site for the sign put into place and being unveiled by Wendy Mansfield. There was then a celebratory drink at the village hall. Click on the pictures to get a larger image 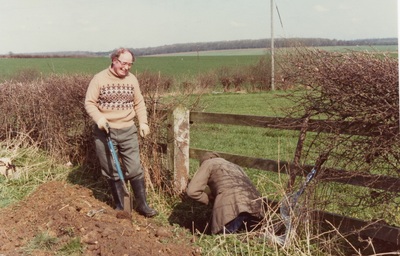 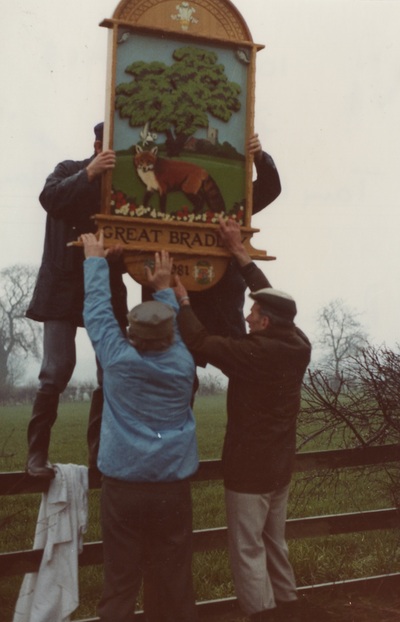 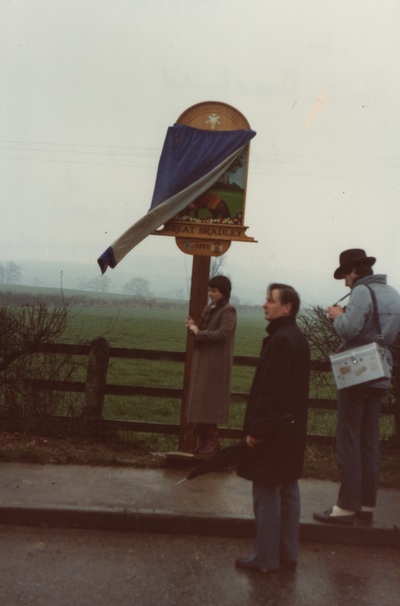 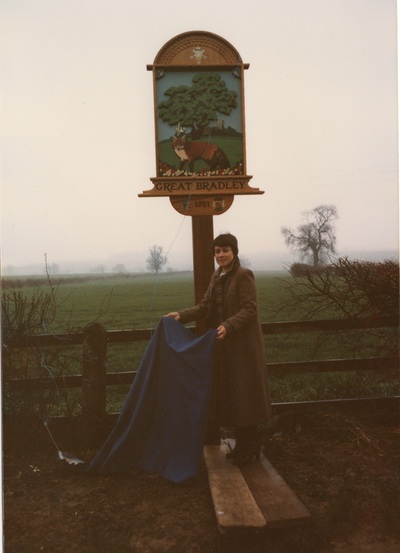 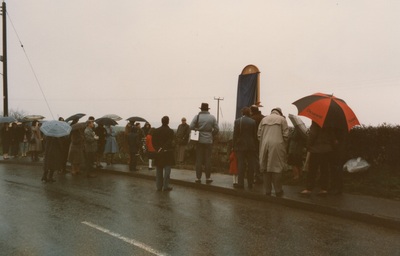 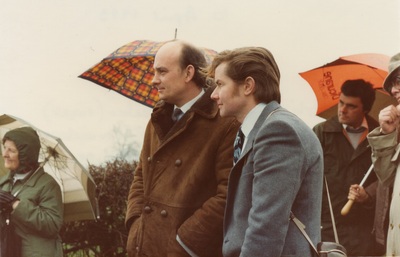 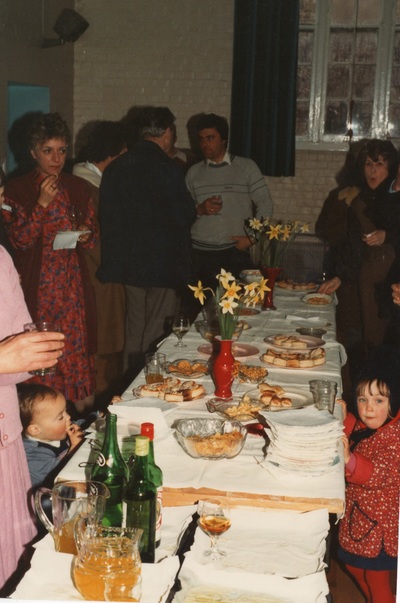 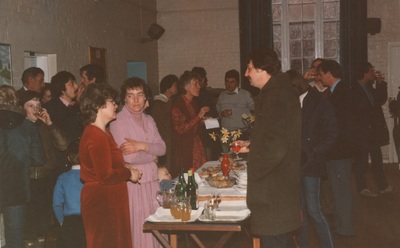 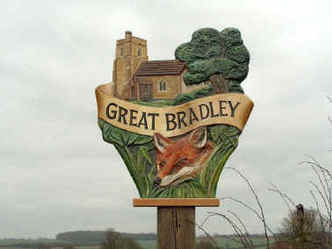 The current village sign was erected at the start of 2010. It was manufactured by H Signs of Mildenhall and the design is the one which got the most votes at the special village meeting held in  January 2009
.
The sign is designed to have a long life and be low maintenance. It has been made with a CAD driven moulding machine from moulded glass fibre resin which is hand painted with high quality acrylics and then protected with a UV stable clear lacquer. It is anticipated that the sign should last for 30 years or more and need re-lacquering every ten years or so.

It is sad to see the old sign go of course -   it's quietly been kept going over the years by several people who have mended and repainted it with loving care our thanks to them all.

Some people will regret the fact that the new sign, although very pretty, does not reflect some of the imagery and history of the old sign: All it has are the Fox, Church & Oak. Any village could have that.Gone are the of the Roman coin, the Norman Arch, the Prince's feathers, Windmill and St John's College Coat of Arms. See below for their significance.
Great Bradley, Suffolk, England