Not being a large village, Great Bradley is not known for its sports teams and there are none currently operating.  We have a small number of interesting pictures though. If anyone can shed any light on them, please let us know via the Contact Us page

A football team existed in the 1930's - 50's [??]. They are known to have played at least once in the field at the top of Hall Road next to Bradley Hall, but probably more usually played on the field that once existed where Clarendale is now. 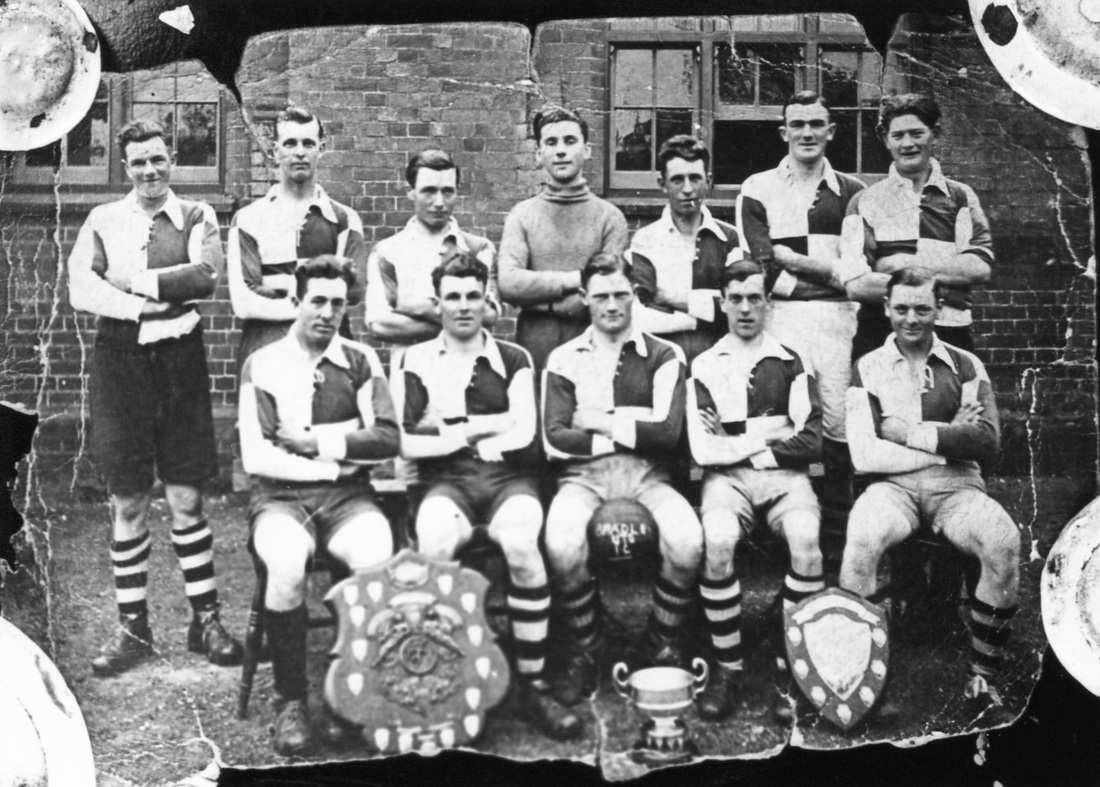 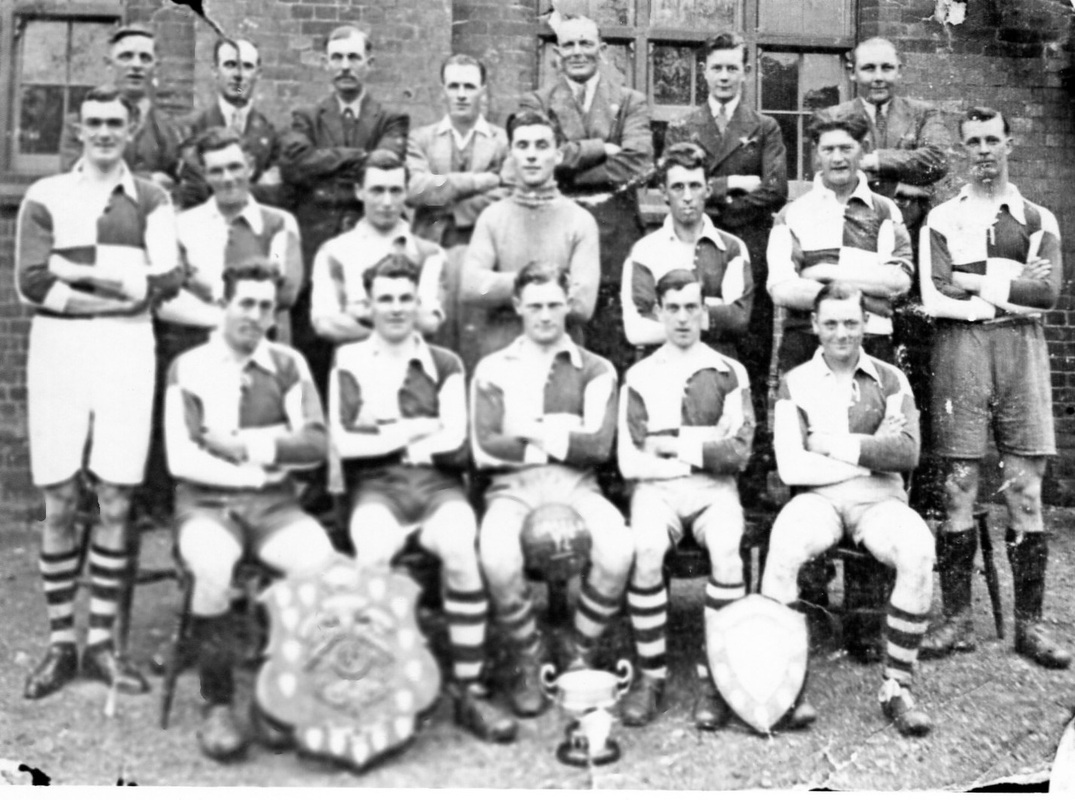 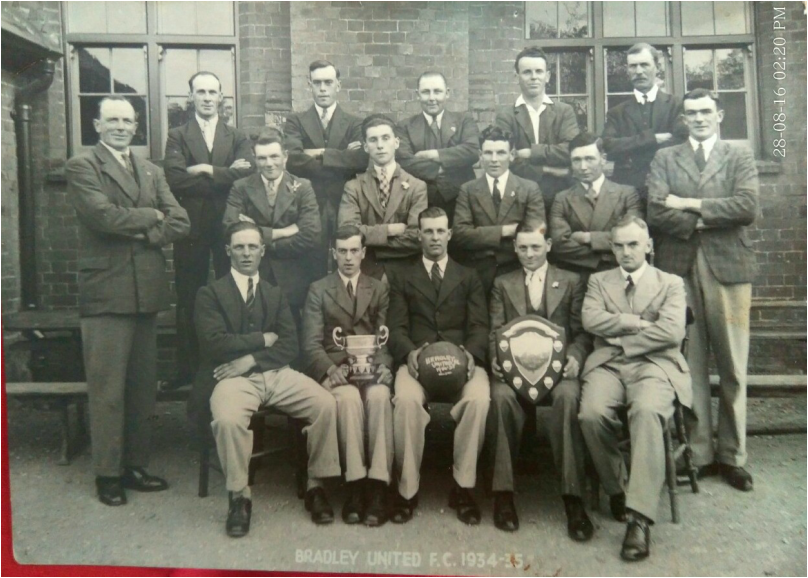 Bradley United FC 1934-45. Back Row: Unknown Middle Row: ?, Archie Mills, ?,?,?,? Front Row: Tuffen Mills, Leonard Webb, Jack Felton,?,? Leonard Webb's father Cecil Webb was born in Great Bradley. Leonard was his first born and only son, who died in Italy as a POW. He is buried at the WW2 Caserta memorial cemetery
We received this email in 2006

Date:   Tuesday 8th of August 2006, 9:42 pm, GMT Name:   Dennis Boreham Email:   dennis.boreham@virgin.net Number:   25   Hi
Does anyone remember the Bradley Sports Football Club, which was formed in the mid 1960's? I remember they played in the now defunct Bury Village League, which entailed long journeys for away matches,s uch as Stanton & Drinkstone.I think they had a pitch on the Cowlinge Road. David Mills,and one or two of the Atherton brothers from Thurlow were players at the time. They were not very successful and regularly lost by double figures! I think they only lasted a couple of seasons, before merging with the Thurlow United club, with which I was associated with at the time.

Tony Mills sent us this in 2007, following the email from Dennis Boreham about the Great Bradley football team

Re: The football club. The football field was on a meadow behind Evergreen Lane houses which is now the Clarendale estate. Yes they did loose most of the time- and  lose by double figures! The teams used the pub called The Fox Inn (which is now residential) for their changing rooms, plus the referee, before making their way up to Clarendale for the match. The Cowlinge road as far as I am aware was never used for this and  I am fairly certain as my father in law, Cecil Gooch,  was the landlord of The Fox at the time.

Then he sent us another email:

I've just been checking about the football club again [see earlier post below] with my brother in law Nathan Gooch and he said you did play for one year in the park across the road from the Fox backing onto Great Bradley Hall which is just of the road to Cowlinge, apologies!