A RESERVOIR FOR GREAT BRADLEY

Before this Ely Ouse - Essex transfer scheme was fully operational there were plans to dam the Stour valley between Sipsey Bridge and Great Bradley to produce a large reservoir. It would have been twice as large as Hanningfield and Abberton Reservoirs combined. In the mid 1960s news leaked out that Essex River Authority (ERA) was considering a reservoir of about 1,000 acres at Great Bradley. The reservoir would be fed by rivers in the Ely Ouse area, and would supply water for Essex. Over the next 4-5 years the possible reservoir requirement had increased to occupy 3,000 acres. The area was within the 346 feet contour affecting 40 residences housing 90 people, and the B1061 Haverhill to Newmarket Road would have to be diverted.

The ERA sought permission to drill test bore holes over the area to study soil structure. The local landowners strongly opposed these tests and adopted a policy of non-cooperation. However, the ERA obtained a Government order and the test bores were carried out in 1968. The project was abandoned in 1971. In 1991 the National Rivers Authority (NRA) resurrected the Great Bradley reservoir scheme as an option in a new strategy to meet  rapidly increasing demands for water in the Essex and North Thames areas. As in the 1960s, an opposition group 'Residents for Stour Valley Preservation' was formed. The protracted deliberations caused much distress in the area, with a blight on the sale of houses, and residents unsure about the future of their homes.

On 19th September 1995 Anglian Water and Essex & Suffolk Water announced that the Great Bradley site for a reservoir was not ideal in terms of size or position. The NRA identified a potential reservoir site at Feltwell near Thetford, but other short and medium term options were to be considered

The village archive has a collection of information about the reservoir here files.mycloud.com/home.php?brand=webfiles&seuuid=35dce7b759a938360ef6857966ee0667&name=1990s_Proposed_Reservoir 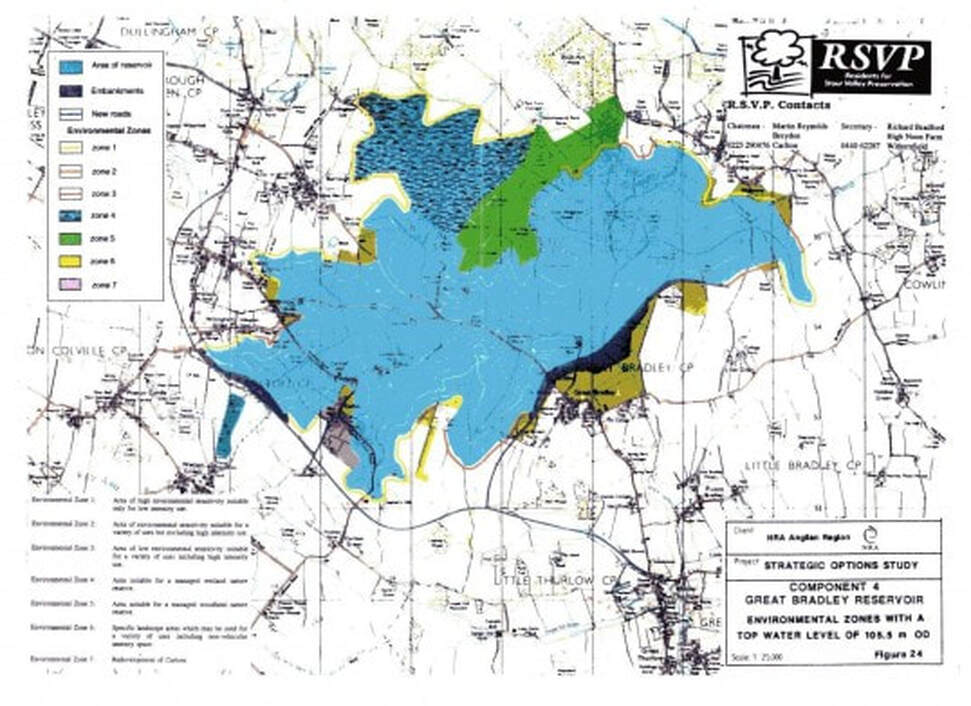 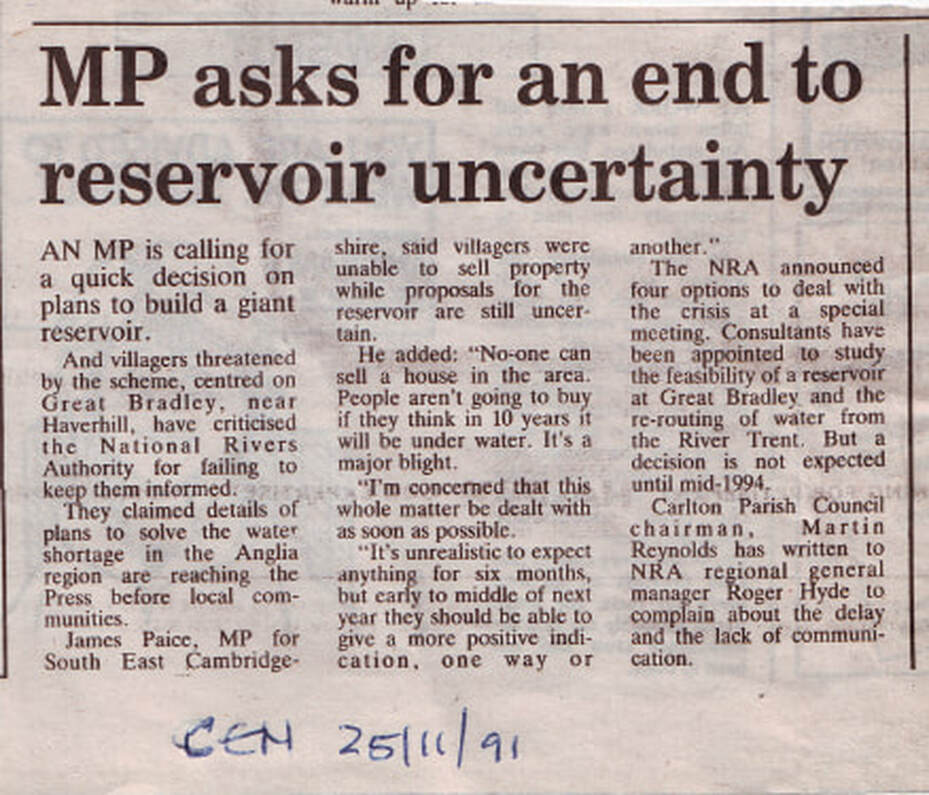