1914 - Remembering the Centenary of the Beginning of WWI

Great Bradley may be a small village but like many small villages up and down the land its men and women would play their part in two dreadful wars World War 1 (WW1) and World War 2 (WW2).
Although the majority of commemorative events are focusing on WW1 the Great Bradley Archive Group (AG) decided to mount a commemorative exhibition which would also include WW2 and archive material from the village which they felt would be of interest to old and new residents alike.
- To read all about the exhibition scroll down through the document below or click on the 'full screen' button at the bottom right.
- You can read how the Village Archive Group came together to create the exhibition below the report
- To read the diary of the Rector from WWI and learn about the tragic story behind the magnificent Altar Window in the church go to this link  greatbradley.weebly.com/burnard-wilder.html
- To read about the 1995 Remembrance of VE Day, 50 Years on, greatbradley.weebly.com/ww-ii-memories.html
So how did this all start and who are the Archive Group? We are a small group of volunteers consisting of John and Maureen Barnett, Anne Smith, Peter Smith and Pat Spires who together have been trying to collate all documents, photographs, maps, records and ledgers relating to the village. Material had become scattered and disorganised over time and even thoroughly soaked if it was stored in the village hall when it was flooded! It was felt that everything needed to be sorted, endless duplicate copies and irrelevant paperwork removed and all of the material collated, logged correctly as per archive material, filed and stored in one place. To this end we have to thank Charles Ryder who has supported this initiative, allowing us to use the meeting room at Great Bradley Hall to start our work and who has generously provided a home for the filing cabinets which now contain the archives. Thanks also go to the Parish Council for funding the purchase of fireproof filing cabinets, box files and other miscellaneous items.

Whilst sifting through and collating material discussions had taken place about mounting an exhibition and it was finally decided to stage an event, spread over three days, in the Great Bradley Village Hall. First we had to decide what to display which involved another meeting to select everything we thought may be of interest to the public. We also had AG members raiding their personal archives for relevant memorabilia, thanks to John, Maureen, Peter and Anne for the material they provided.

With all the village photographs now scanned by John and on DVD we could use the village lap tops to display them as well as the original copies in albums. A wonderful collection of WW1 postcards were enlarged and copied for display and thanks to Richard Sugg for his pictures of planes. John was also tracking down artefacts that would be kindly loaned from The Museum of East Anglian Life and a DVD of war time Britain, this time loaned from East Anglian Film Archive, which included the Army Manoeuvres that took place in this area in 1912, which we only became aware of during Charles Ryder’s talk on the Stradishall developments last year. This would be playing continuously for those who wanted to watch and last but by no means least the music of the period to create the right atmosphere.

Thursday 7th August was preparation day, with so much to show it was going to be a long day involving
considerable discussion re the positioning of display material but eventually we were happy with the layout
and that everyone could access the displays. Again thanks to Charles Ryder for the display stand, material on the Army Manoeuvres, Stradishall Airfield and William Ryder.

Friday the 8th dawned and the weather deteriorated but people braved the elements and turned out. That day
was hosted by The Rural Coffee Caravan Volunteers who provided afternoon tea and scones with clotted
cream, more artefacts and a super old Juke Box. Age UK representatives were also present and able to talk
to visitors and offer helpful advice. Many thanks to all the Volunteers who turned out to help us.

Saturday 9th was a quieter day but still well attended and whilst we thought that Sunday 10th would be very slow due to the weather we were happily proved wrong with a full house. For the AG it was very rewarding to see so many people of all ages enjoying the exhibition and then taking trips down memory lane as they talked to friends old and new whilst enjoying a cup of tea, scone, slice of cake or even that real war time favourite bread pudding (thanks Anne).

Monday 11th we were back in the Hall again to pack everything away and at some point the AG will have to
get together to return all the archive material to its correct file.

In some small way our village had paid tribute to the many who had fallen in two World Wars and to those who had to struggle on in a world that was very different. ‘We Will Remember Them’.

Thank you to everyone who supported the Commemorative Exhibition, for your comments in the Guest Book and for your donations.

Click on the pictures to see a larger image 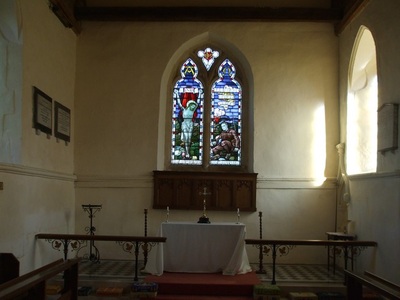 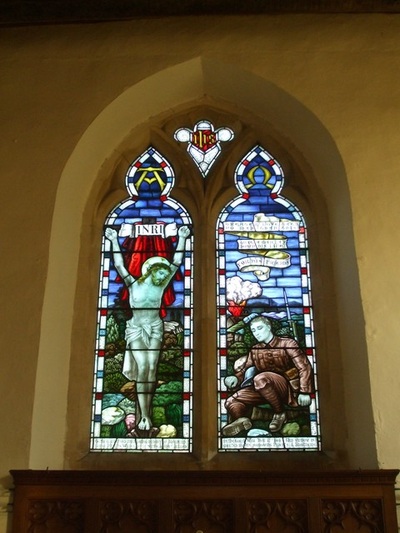 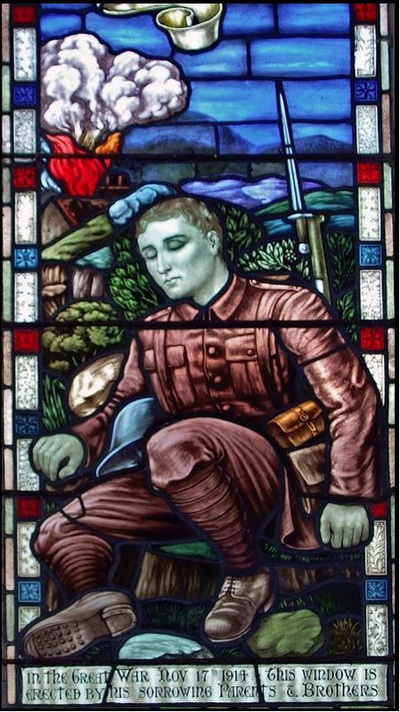 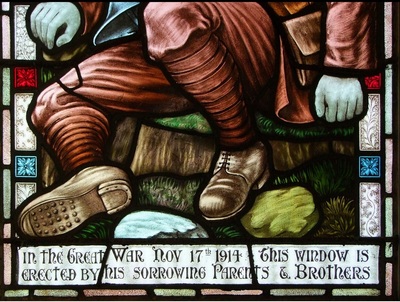 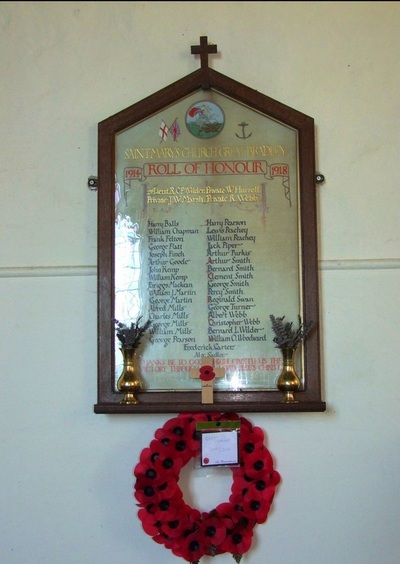 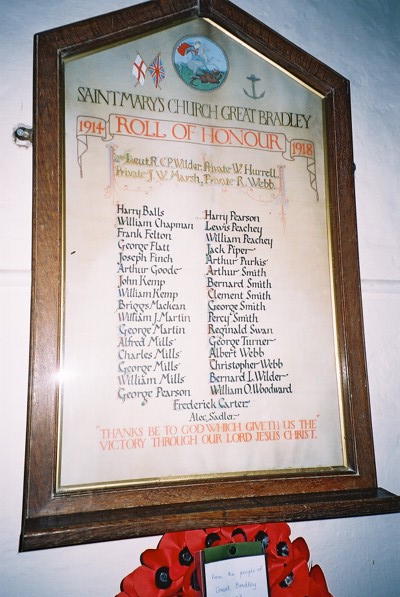