For more photos and documents related to the St Marys see the Great Bradley Church Archive
In the church tower hang three bells.
Wimbish is a small village not too far away near Saffron Walden and a Richard De Wimbis of London is also reported to have cast  the bell in Cholsey, Berkshire between 1290 and 1310 and the bell in West Donyland in Essex is reported to have been cast by Richard de Wimbish too. According to the National Archive he is known to have been living in1291 and he appears in a document in the City of London Guildhall dated 1303. He also appears on the City Hustings Rolls for 1307-1313 and 1315, and entered into an agreement with the Prior of Holy Trinity Church, London to cast a bell to weigh 2820 pounds. Only four more of his bells now remain. They are at Goring, Oxfordshire; Burham, Kent; Slapton, Devon and Catesby, Northants. The bell in Great Braldey is the largest. 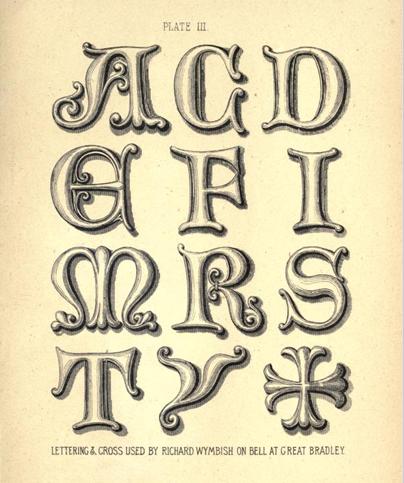 This is from the 1884 book 'Surrey Church Bells and London Bell Founders'. Click here to read the book on line
The second bell, according to Raven ('The Church Bells of Suffolk - 1890 edition') dates from 1576. It weighs over 6 hundredweight and is 33 inches in diameter. The note is B+. It has an inscription  stating it was made in Bury St Edmunds by the Stefanyz [Stephen] Tonni workshop in in 1576.

The motif used is a pair of arrows through a crown. It was the Tonni workshop mark and was linked to St Edmund. The foundry had been established from just 1570. The church at nearby Woodditton has two bells made by the same foundry, one of which was previously in Westerly Waterless until the tower collapsed.
The treble bell bears no inscription, so its origins are unknown, but authorities claim that this is almost certainly a pre-Reformation bell (ie pre 1540) but no older than 1300 (according too one of the repairers). It weights over 5 hundredweight and is over 30 inches in diameter. The note it rings is C sharp

For more information on the bells and their state of repair, as of 1981, click on the link below to see a fascinating document recording the care and maintenance of the bells. 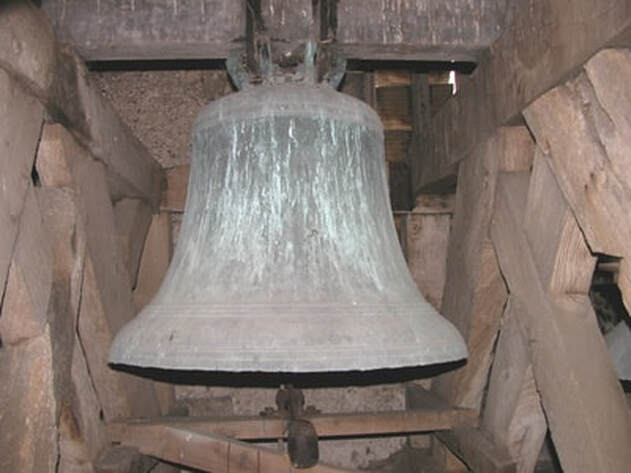 The pictures below are all taken from inside the church tower. Click to enlarge 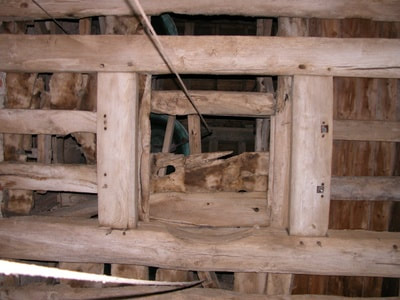 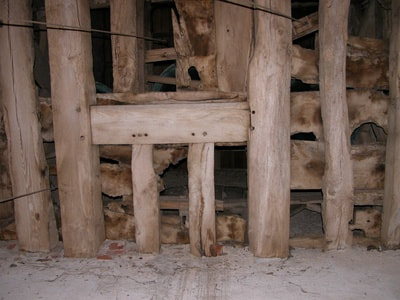 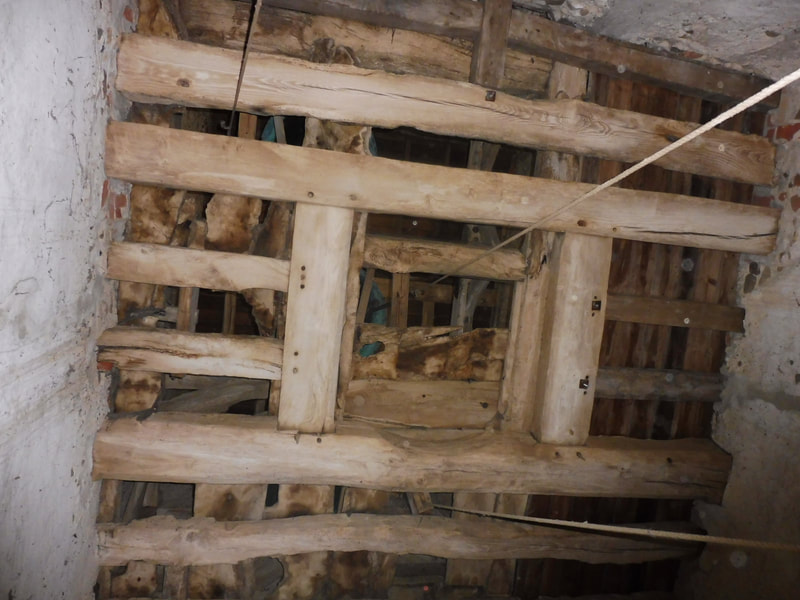 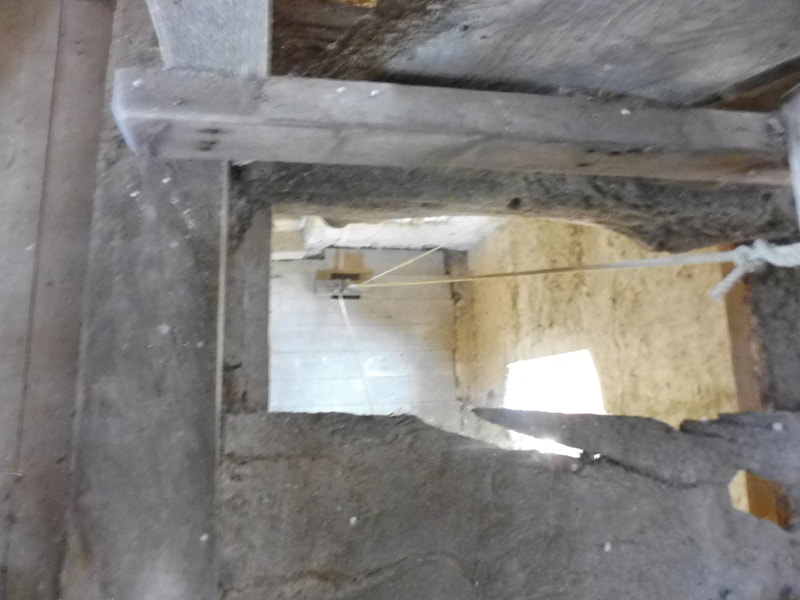 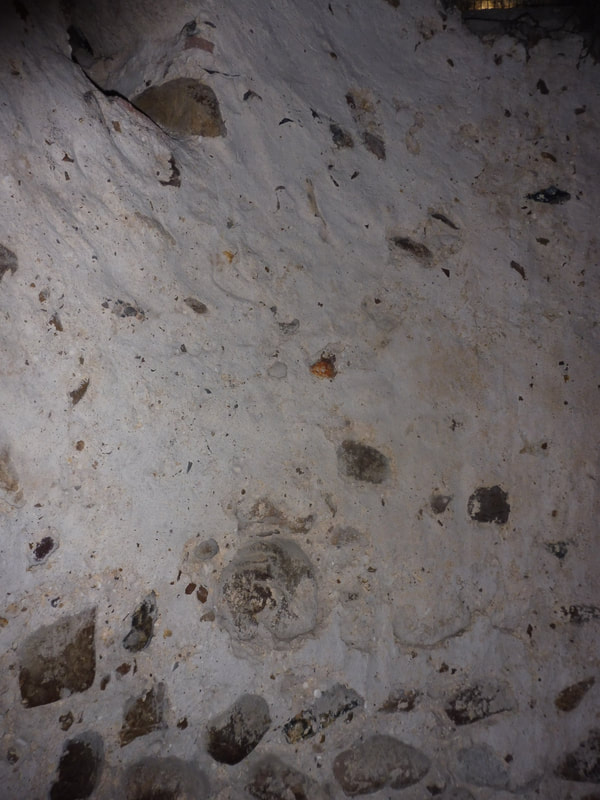 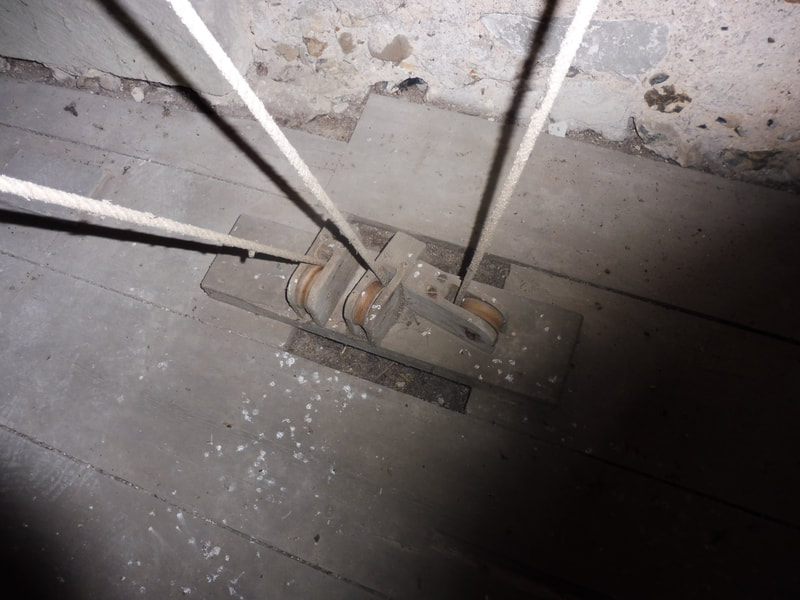 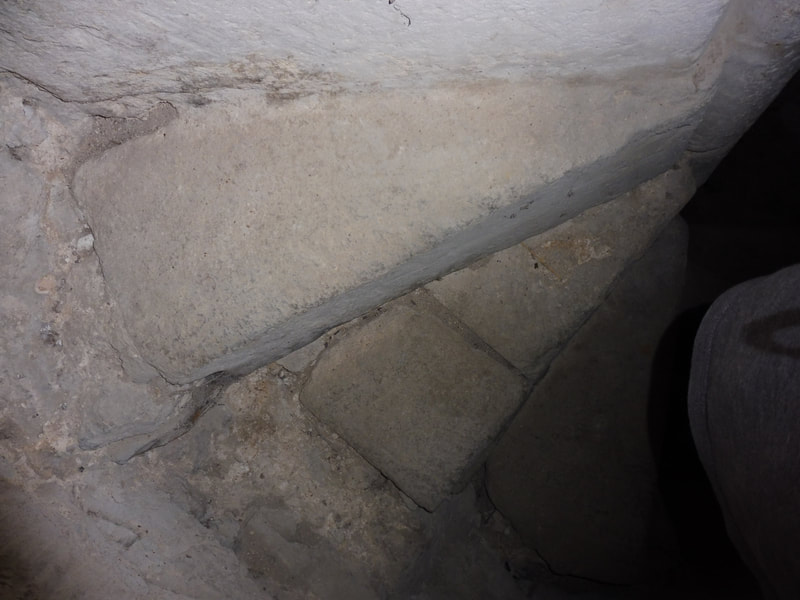 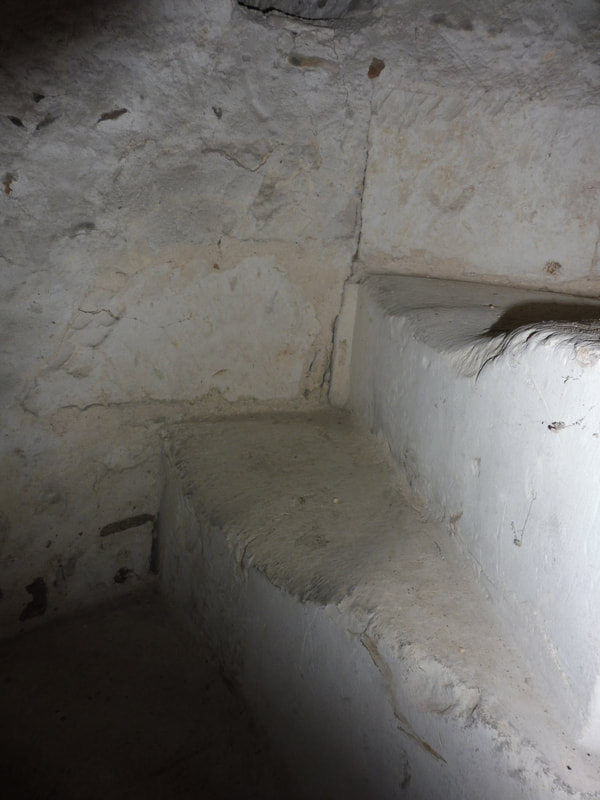 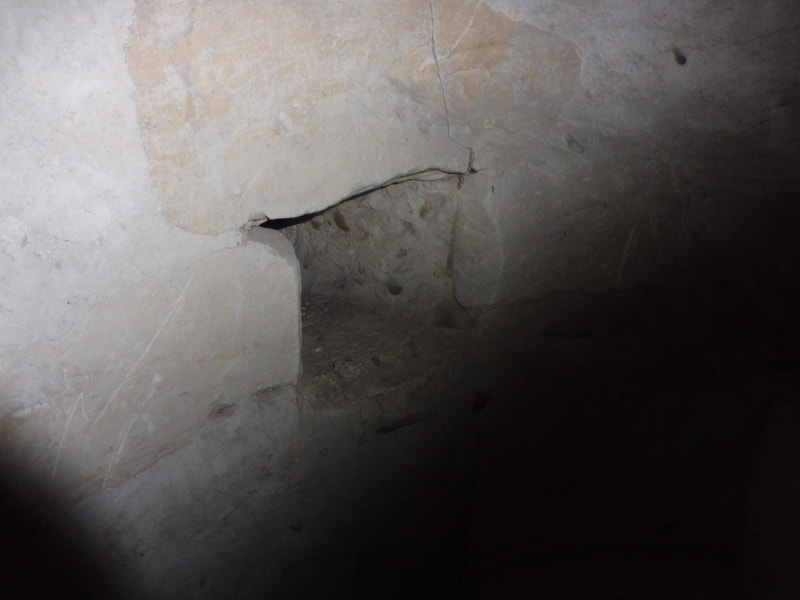 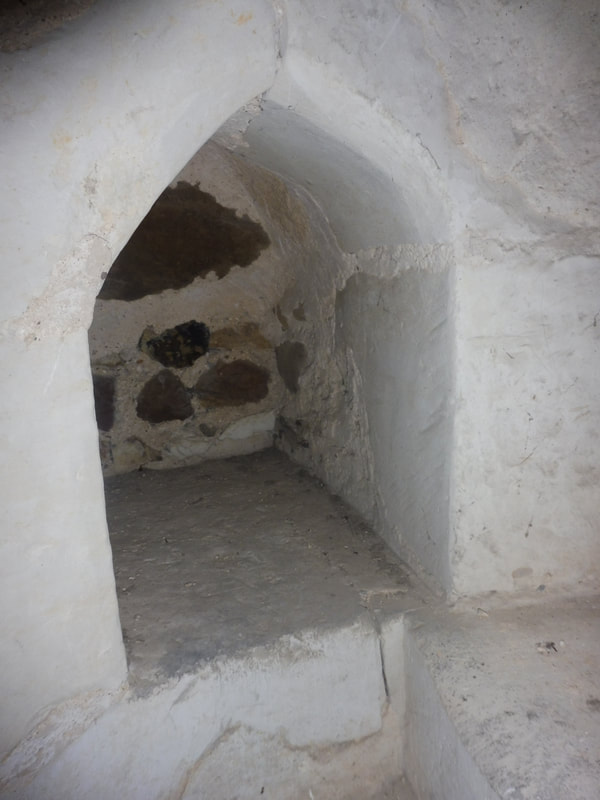 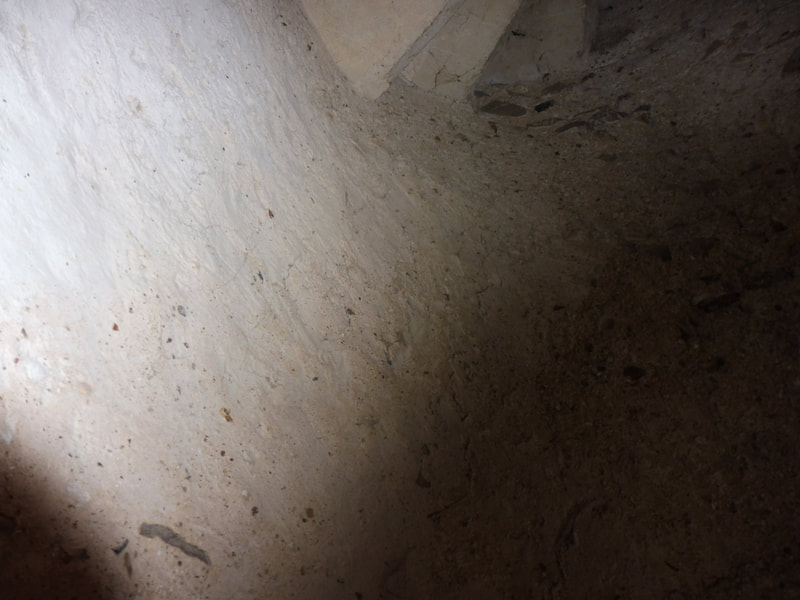 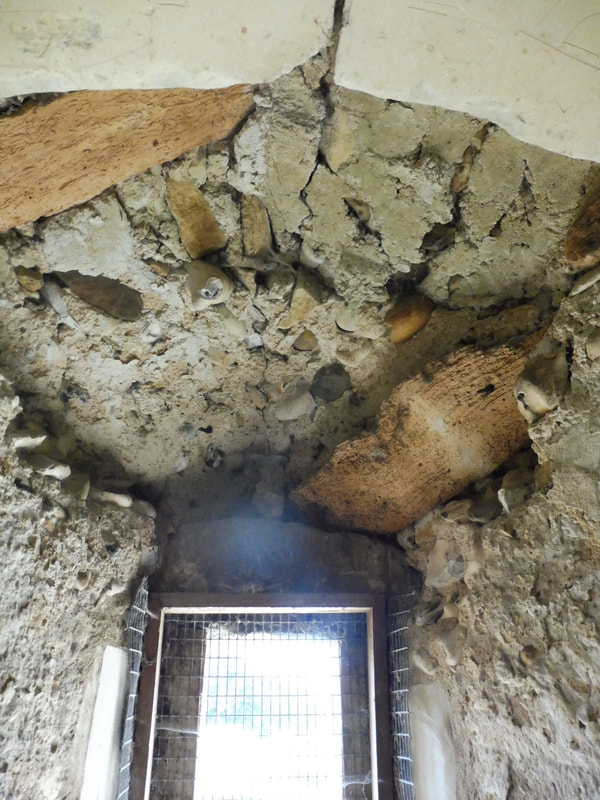 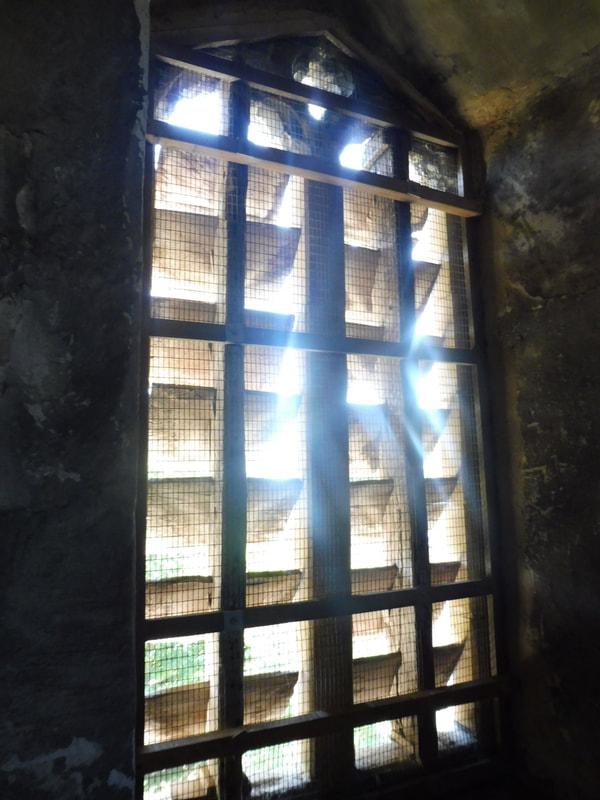 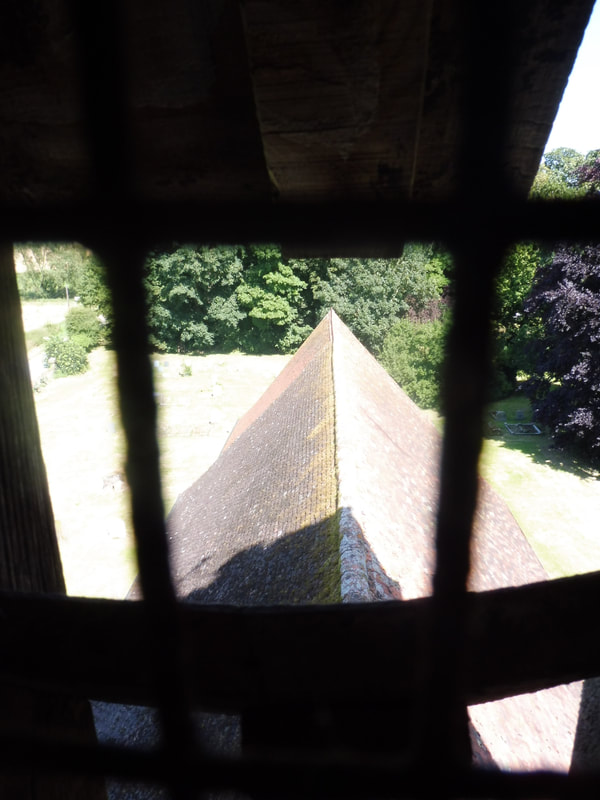 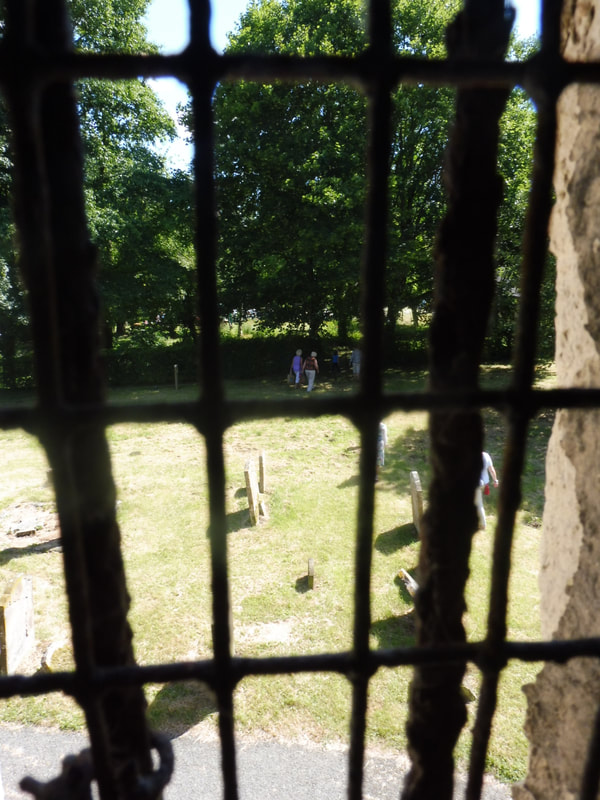 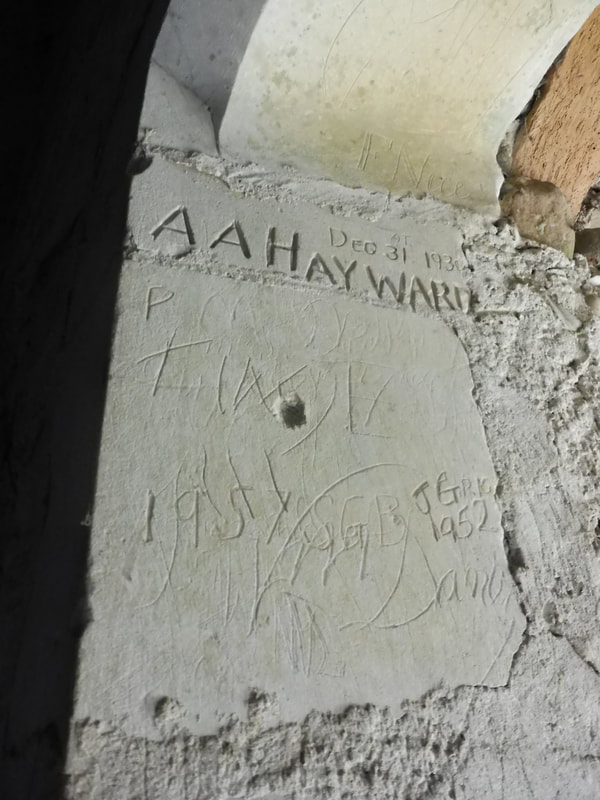 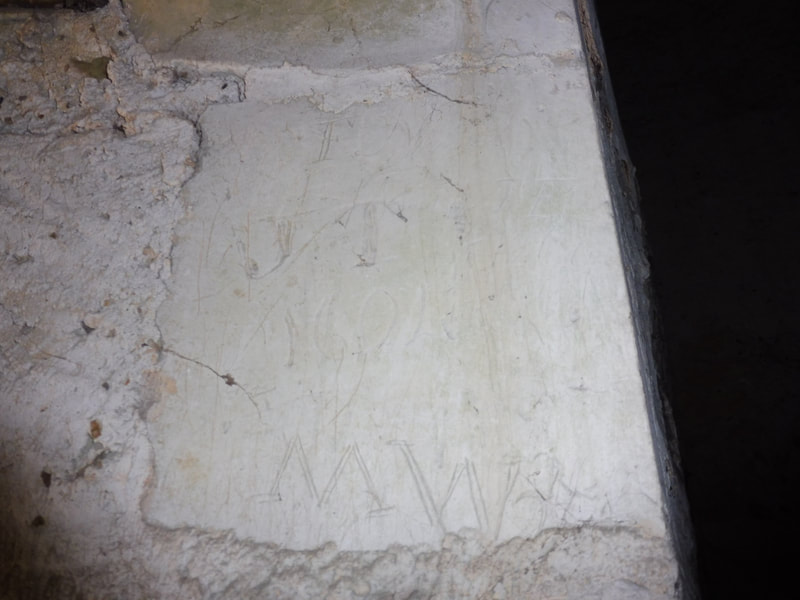 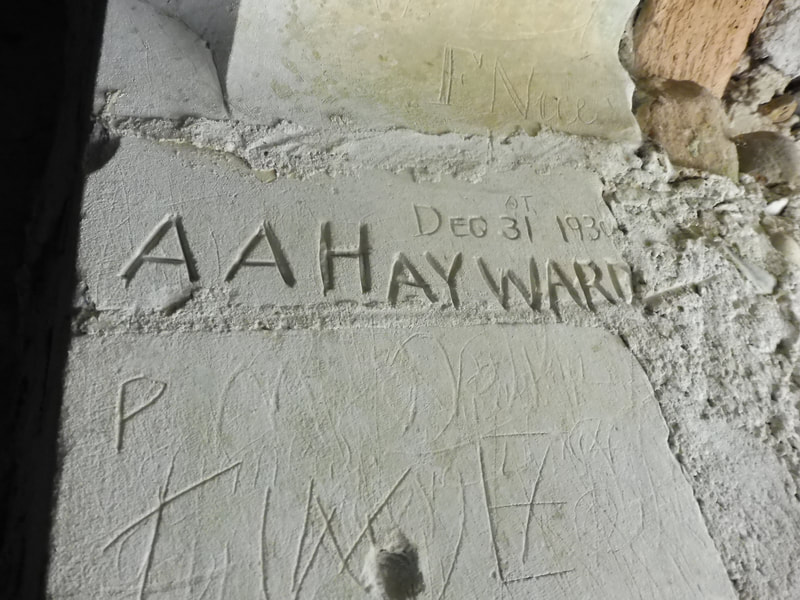 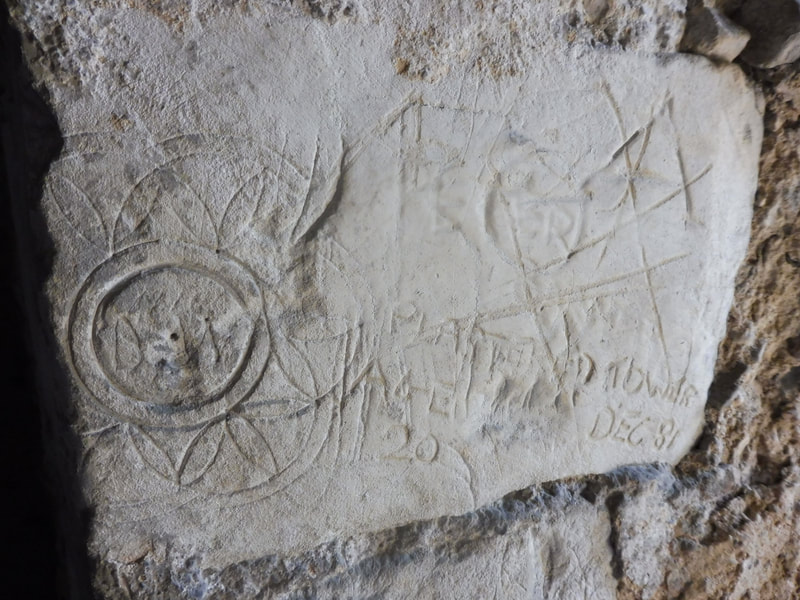 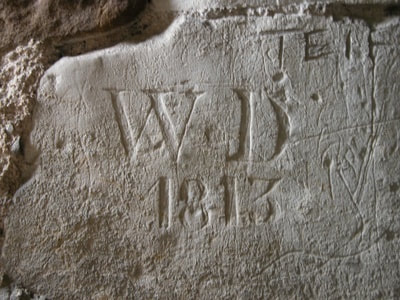 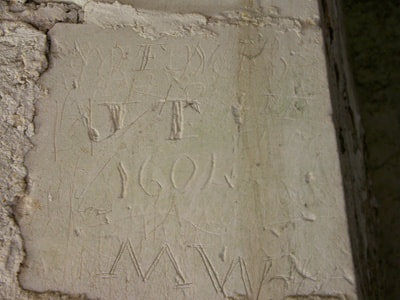