The origins of this house are linked inevitably with the Church, and it is from the Glebe land documents dating back to 1709 that we first hear of the Rectory: "A parsonage house with Barn and an Hayhouse and stable and a Cowhouse with 3 other little outhouses with, an Orchard, Gardens & Yard belonging those to containing 1 Acre, 1 rood." In 1794, however, we are given further details, and it would seem that the whole has been extended: "A Parsonage House, lath and Plaistor, partly tiled and thatched in part consisting of a Parlour, Kitchen, Backhouse, Dairy, Cellar and Pantry with Chambers over the same and two Garrots. Also one large Building partly lath and plaster partly boarded and covered with thatch containing under the same roof Barn, Stalls, Cowhouse, Haybarn and Cart lodge. Also Pig Stys boarded and thatched and Privy with orchard Garden and Yards belonging thereto containing the Homestall called the Barn Close butting on the Highway to Burr. Green."

In 1834, the house is exactly the same as above, but in White's "Suffolk 1891-2" we are told, "the rectory house was built in 1876". It is known that one of the Wilder brothers travelled from Newmarket whilst he was Rector of the Church in Great Bradley, so it was probably somewhere during the period 1844-1876 that the old parsonage was pulled down and the Victorian Rectory was built and re-sited, for the original rectory stood much closer to the present Post box probably near the Coach house. It remained the Rectory until 1965, when the combined parishes of Great Bradley and Cowlinge were administered by the Rev. A. Johnson, who lived in the rectory at Cowlinge.

The house was sold to Mr. and Mrs. MacRae and it remains the same as when it was first built with the addition of a new wing (the part which is nearest to Mill Farm). The old Burwell brick elevations have also been whitened as Burwell bricks were unobtainable when the extension was built. At the same time the coach house (which stood in the grounds until it was designated a seperated property in 2015)  was converted into living accommodation.

Mrs. Barrington Barnes, who was the daughter of the Rev. Percival Wilder, recalls living in the Rectory as a girl, when there was no electricity and no water in the house, and a trap was kept in the coach house and a hunter [a horse] in the stalls. The house occupies a very fine position in the village, commanding excellent views towards Carlton.

For some years up to 2015 it was the home of Linda & Jack Ramsden. Linda Ramsden was a well known and respected race horse trainer.
Jack was a professional gambler. ​Linda helped launch the British racing career of Kieren Fallon, who teamed up with her not long after the Irishman first based himself in England.The Ramsdens' daughter Emma,  a Channel Four racing presenter, was married to top jockey Jamie Spencer and their son Joey is a racehorse trainer in South Africa.

click on the images below to see a larger picture 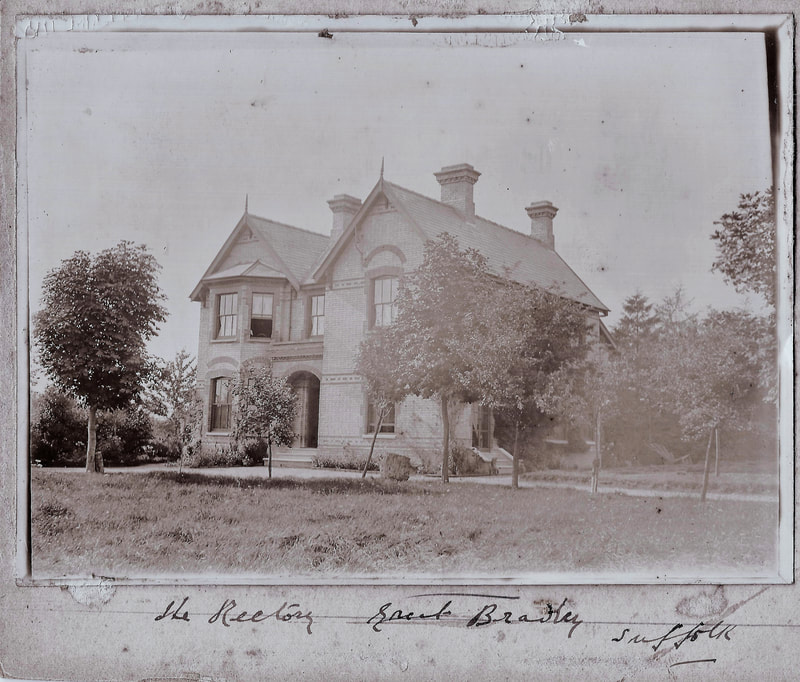 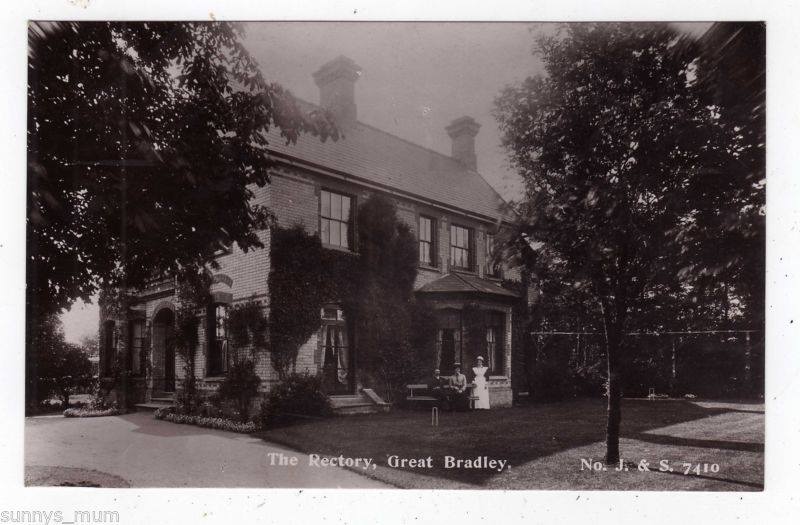 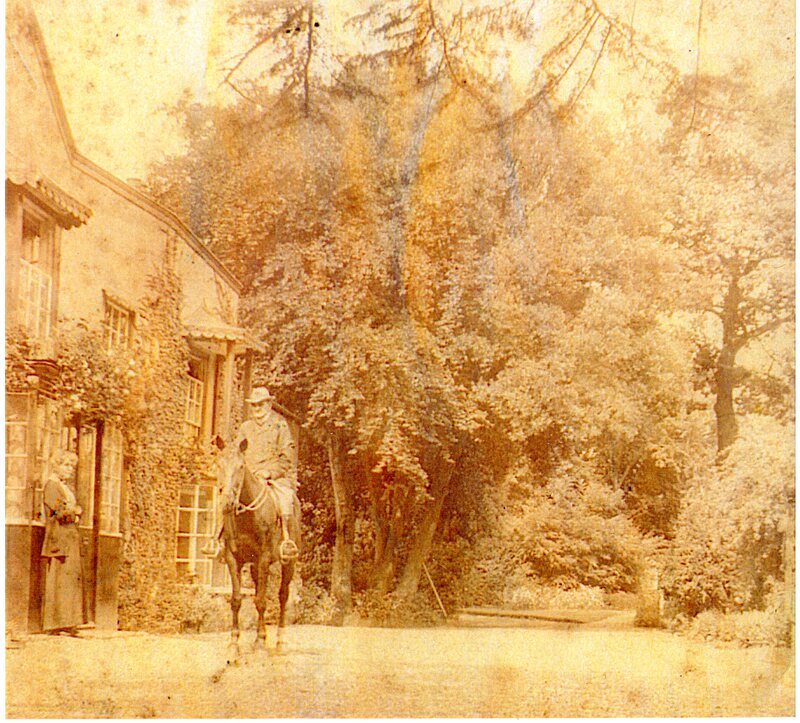 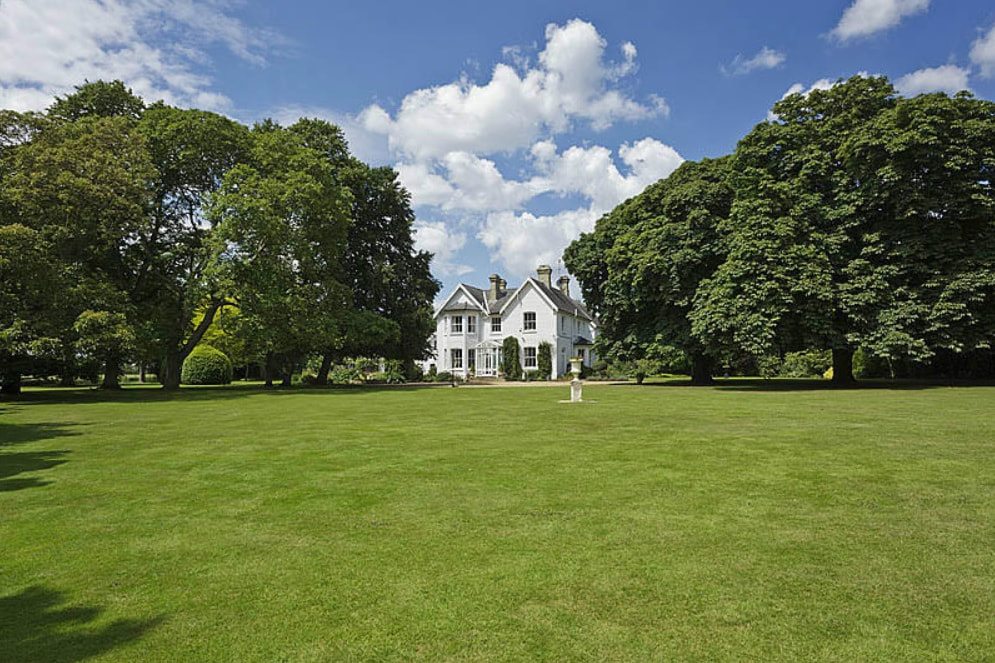 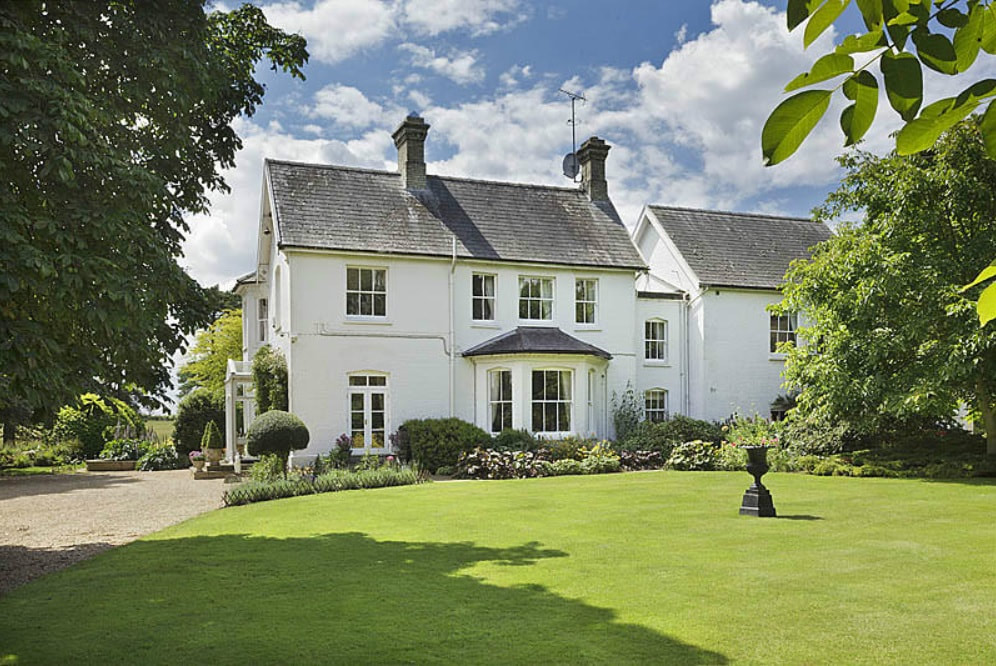 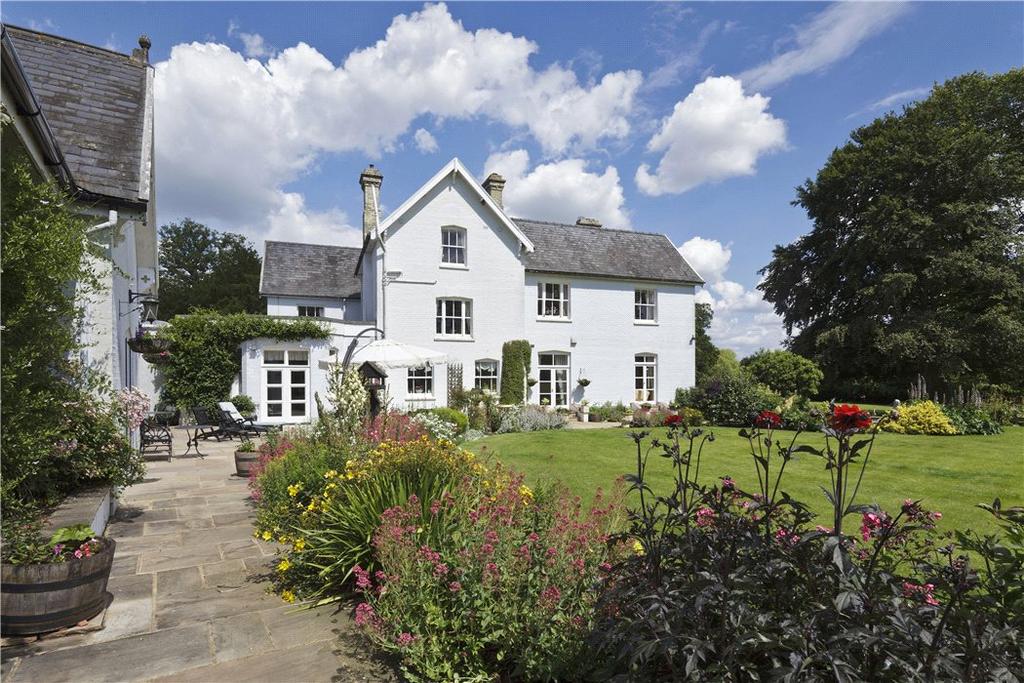 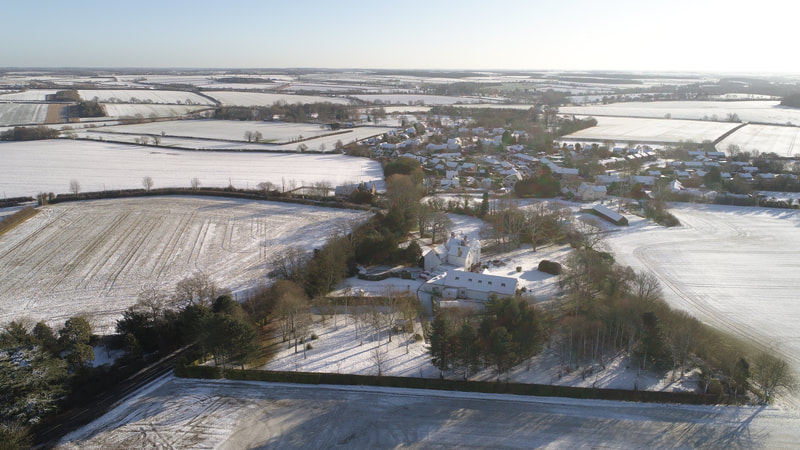 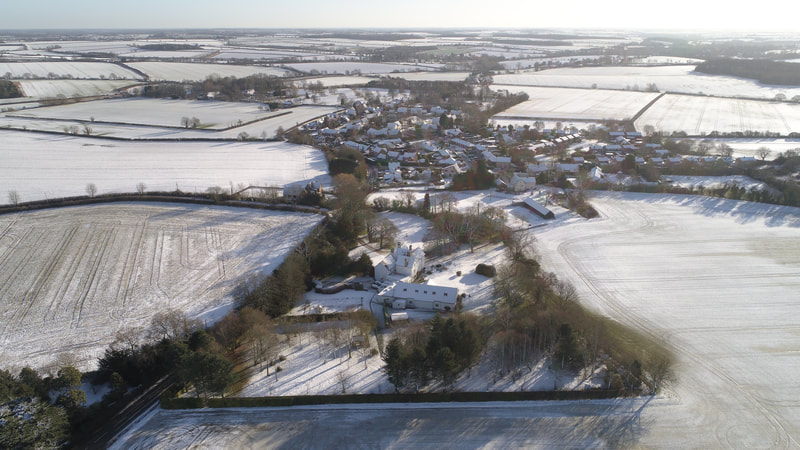 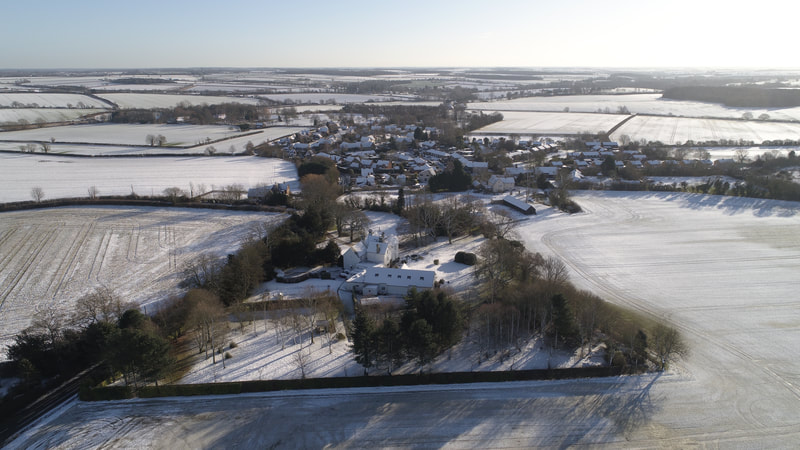 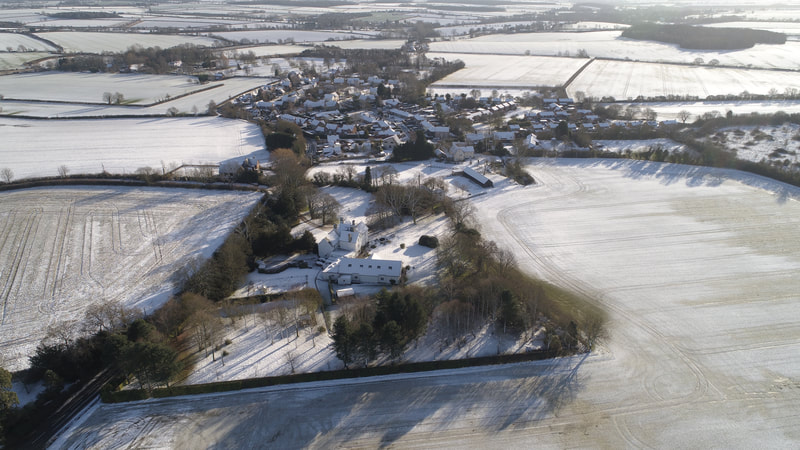 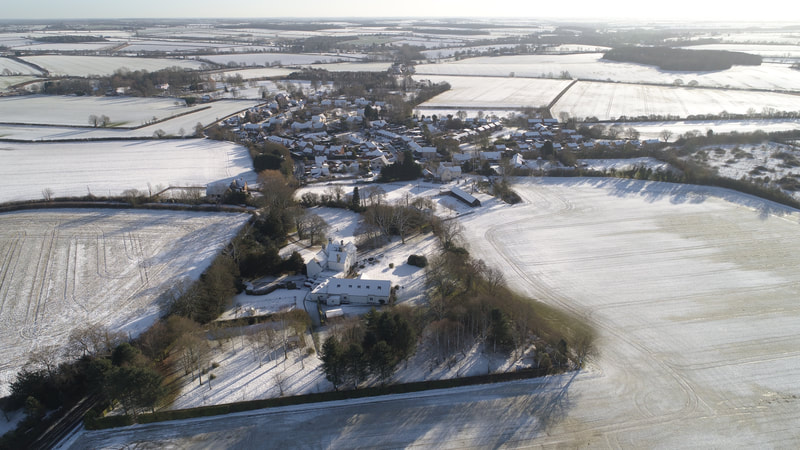 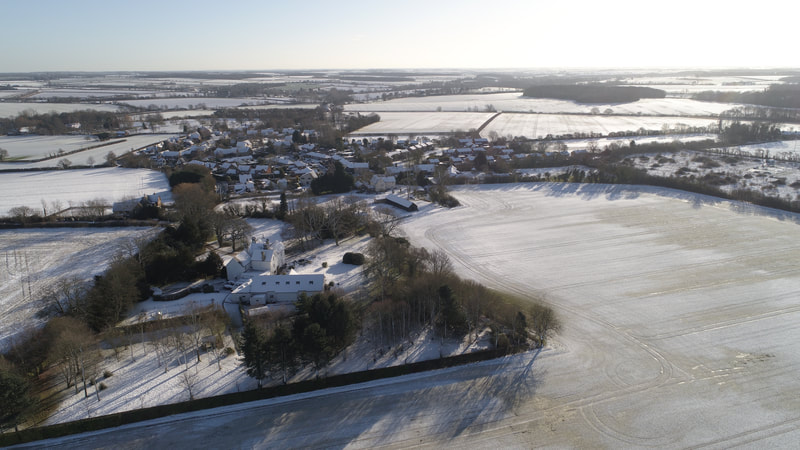 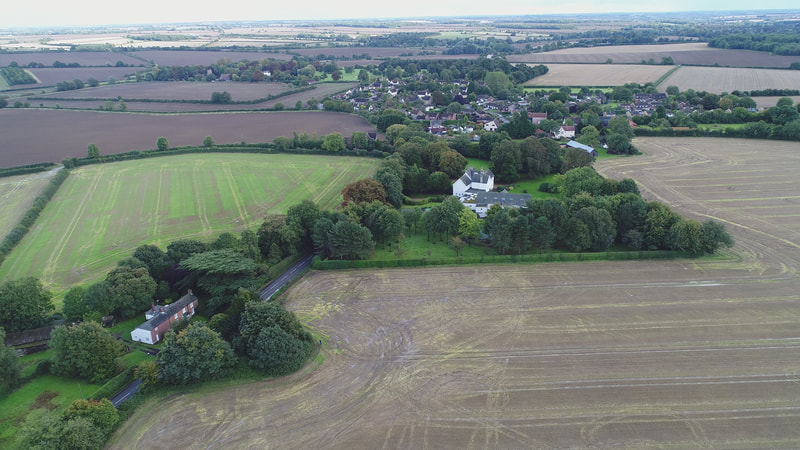 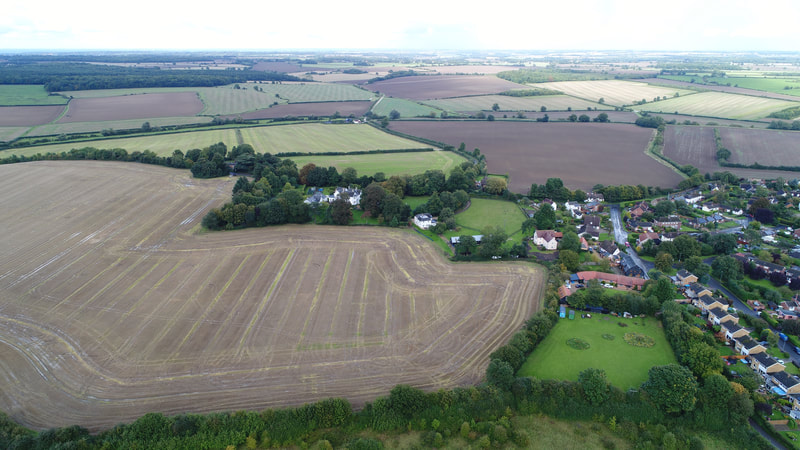 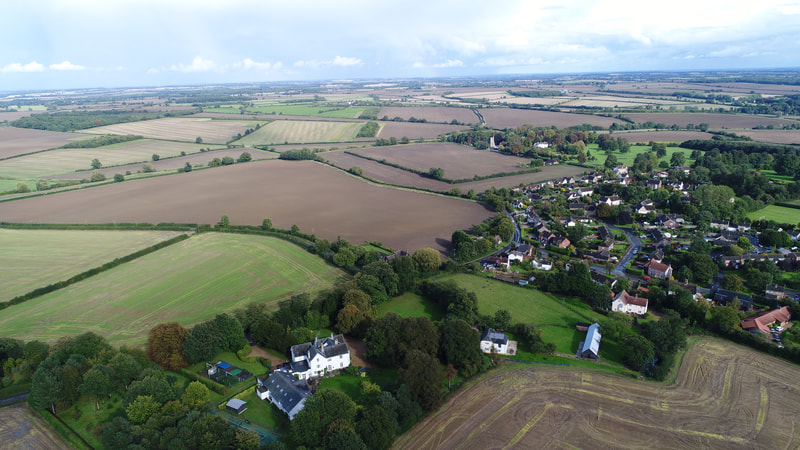 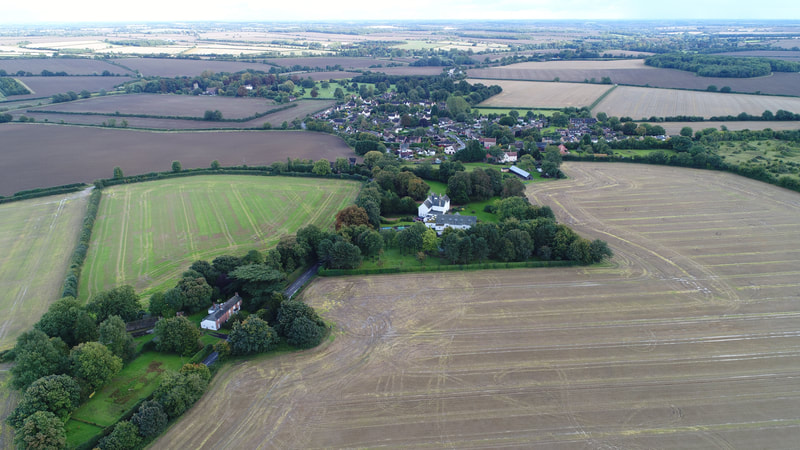