Willow Cottage was formelry known as Pink Cottage. During the early part of the 20th century it was the village post office (before it moved to Crown House). The building is set at 90 degrees to the main road and there uses to be other houses in front of it before Sugar Loaf was developed. 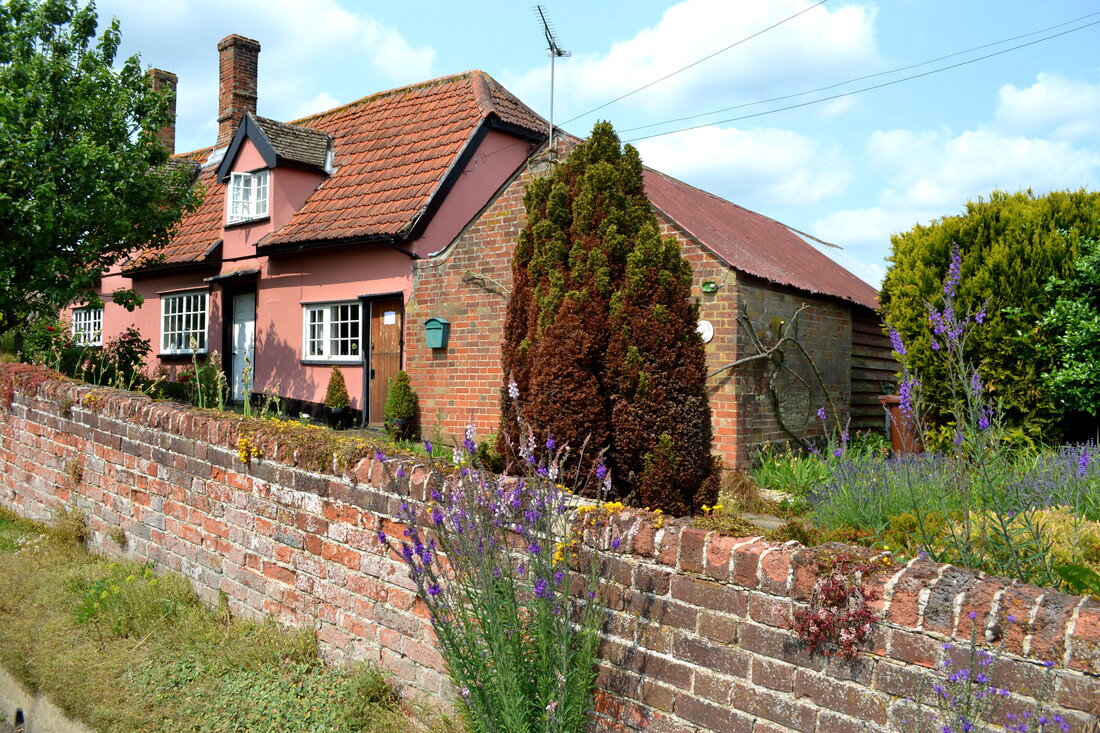 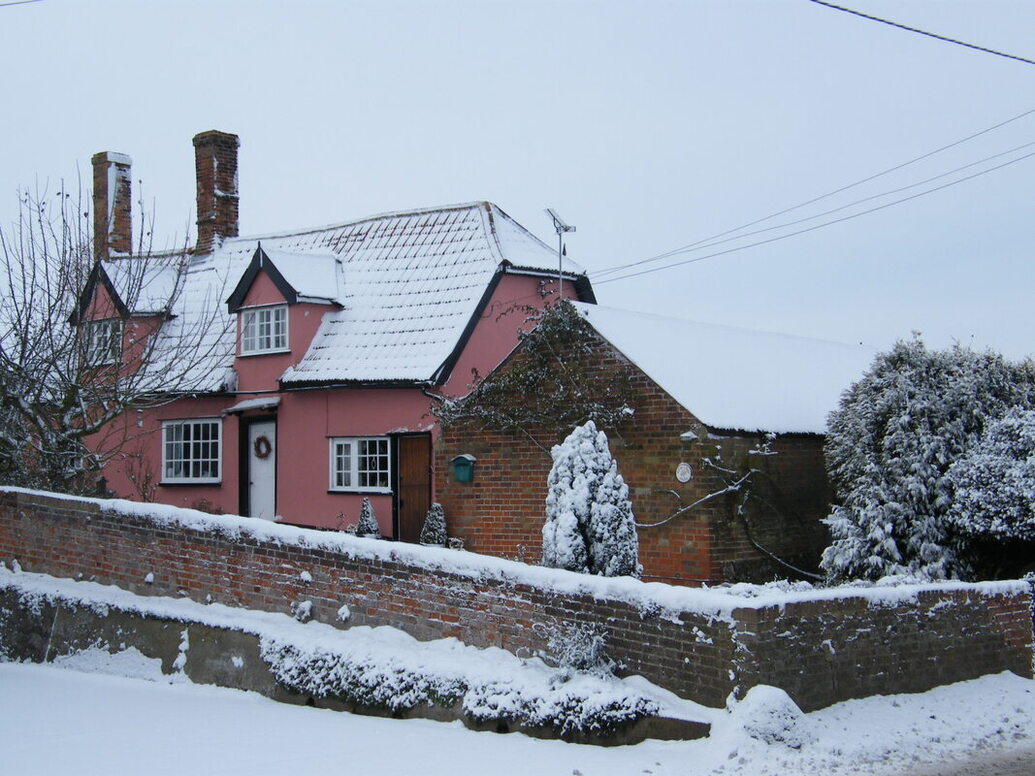 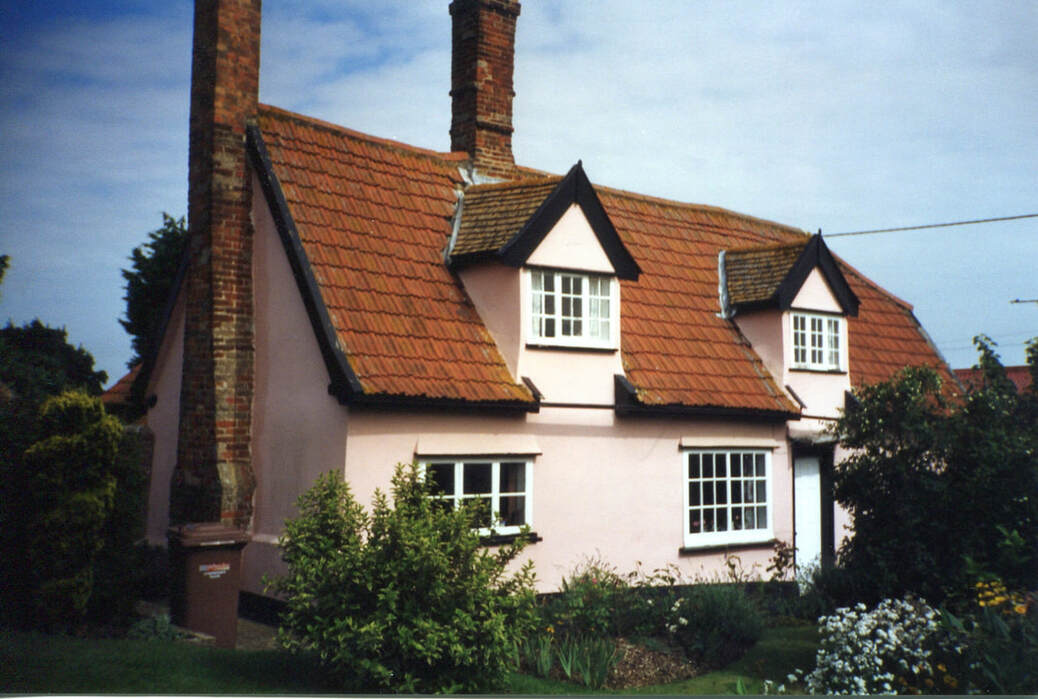 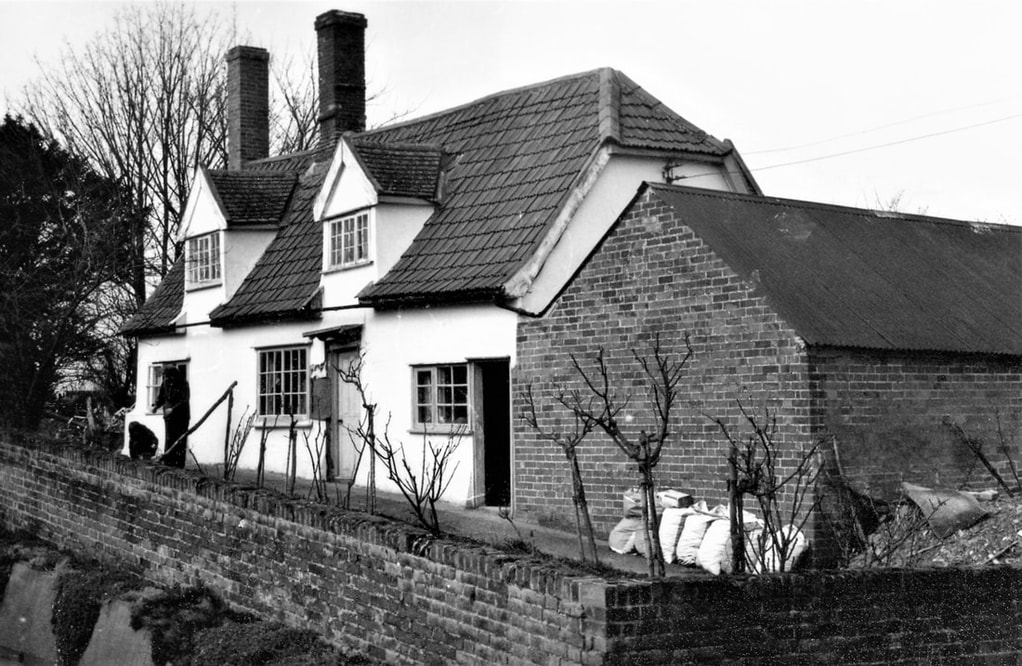 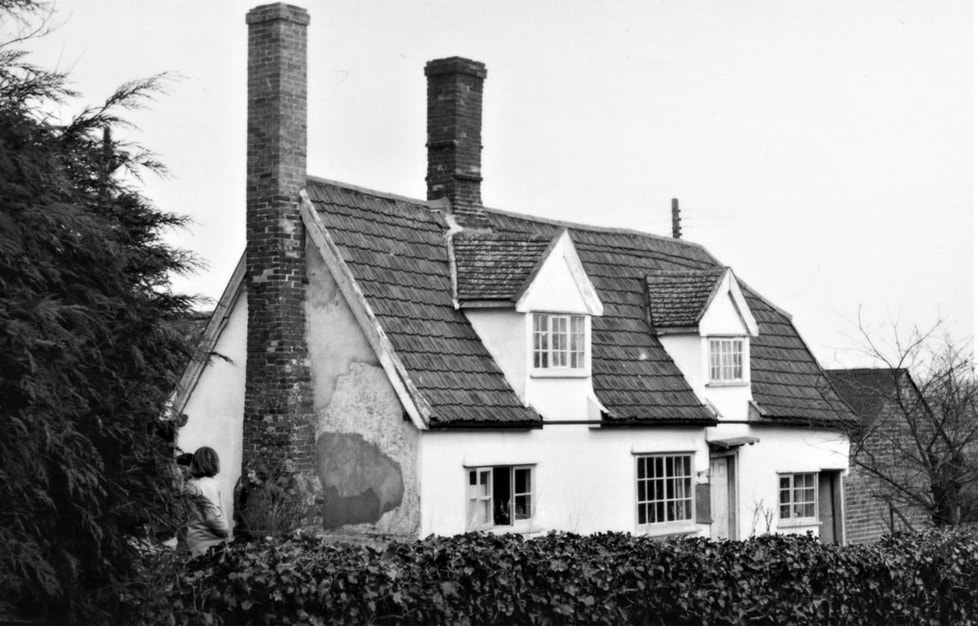 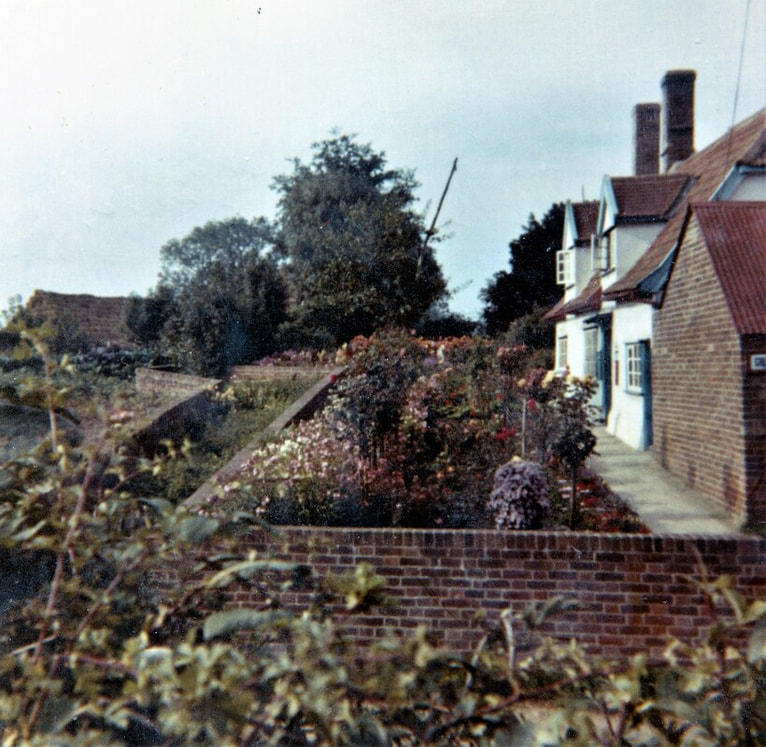 Path in front of Willow Cottage, leading to a cottage since demolished. 1970 approx 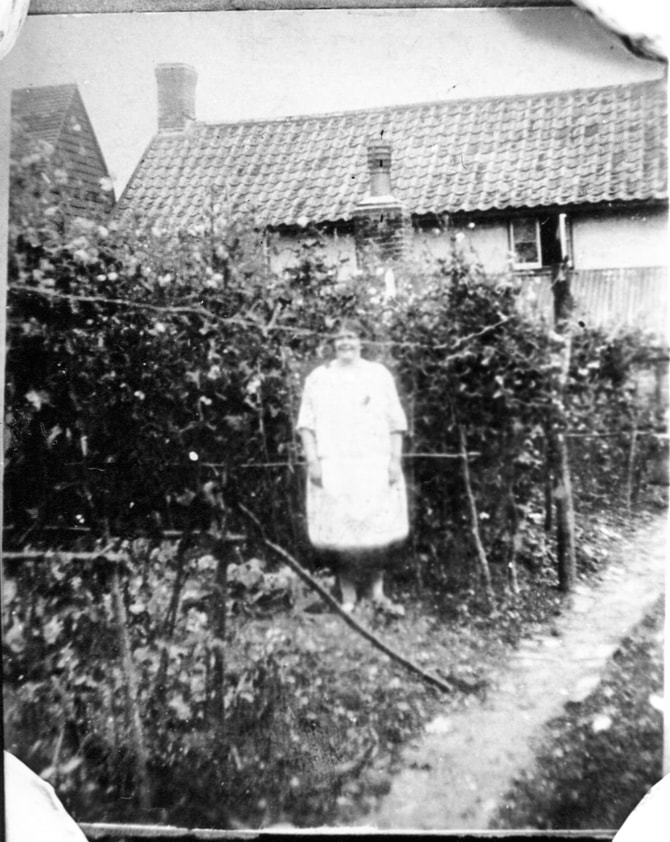 Rear of now demolished cottages beyond Willow Cottage behind Sugar Loaf. Mrs Lilley in the garden.

Willow Cottage was the post office untul about 1952. The first record of a post office in the village is from 1855  and we know that by 1888, Miss Ellen Plumb was sub-postmistress and grocer, and she and her sister lived at the house still known as the Old Post Office until Miss Emma Plumb died, aged 58, in 1911, having succeeded her sister as postmistress.

By 1916, Mrs. A.M. Haylock was sub-postmistress, followed by Mrs. E.H. Lane by 1925. During and since this time, it is believed that the Post Office moved to other houses in the village, including the Crown and Fantails, for a period, but it was transferred again to the Old Post Office from about 1952 when Mr. A J (Jack) Chapman was sub-postmaster for a number of years. After Jack died, Mrs. A. Beavis re-opened the Post Office at the Crown House and it remained there until it closed. You can read an extract from his WWII diary in Memories of WWII

The Old Post Office is one of the most picturesque houses in the village. The interior has been renovated and it is pleasing to note that its truly unique feature, the "jack" (an ancient elaborate, wrought-iron 'appliance on which kettles and pans can be lowered over the fire by pulling a lever) remains over the inglenook fireplace and is still in good working order. There is also a pump in the back garden, which worked until the 1980's. 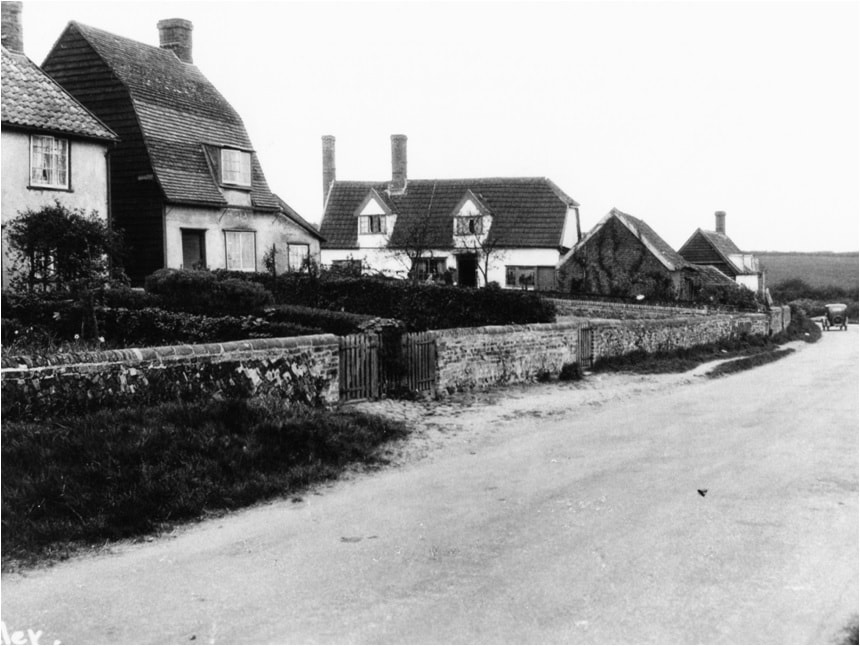 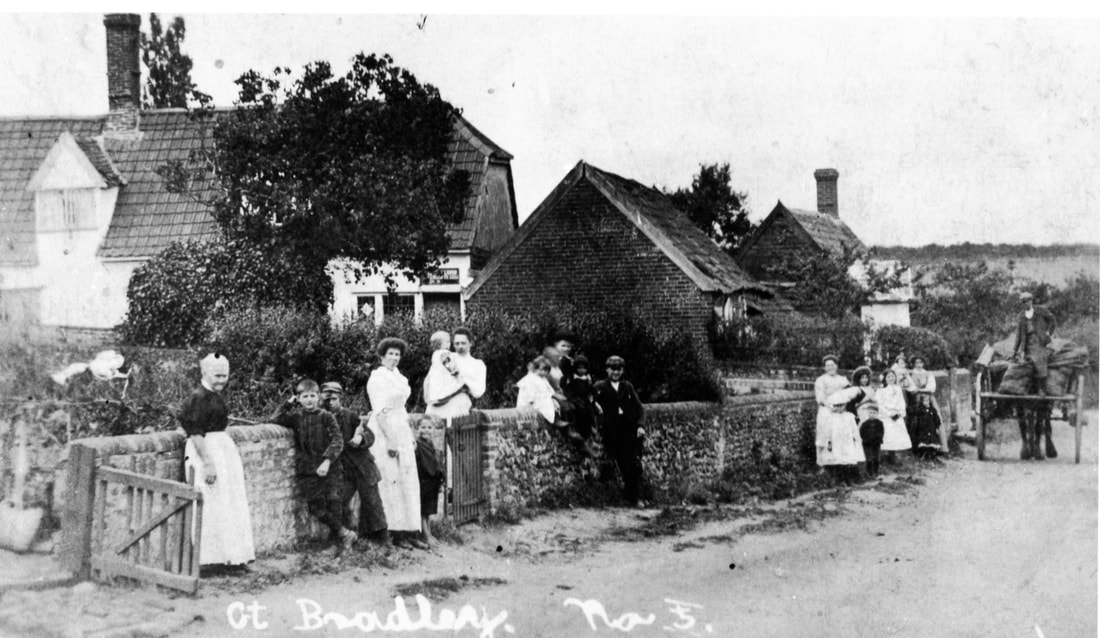