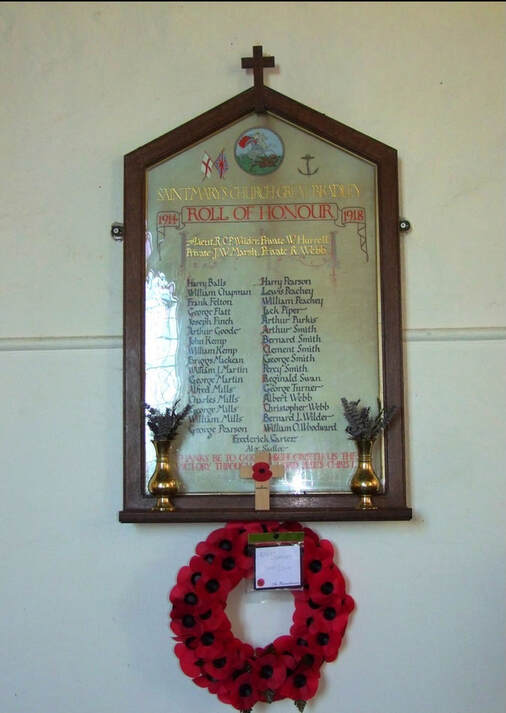 The roll of honour is a scroll held in a glass fronted wooden frame just inside the southern (main) doorway to the church. It is illustrated with a depiction of St George defeating the dragon flanked by the crossed Union flag & English Cross of St George to the left and an anchor to the right. Beneath the list of names is the commemoration: "Thanks be to God which giveth us the victory through our Lord Jesus Christ".

The four names above are in gold lettering and at the top of the scroll. These were the men of the village that died in the war. The names below are in black; these men served in the war and returned alive

The information on the Roll of Honour is shown in the first three columns below. Where we have other information this is in the last two columns

"The WWI Roll of Honour, lists my father's older brothers, Charlie, Alfred (referred to by my father as Fatty although photographs show him as wirey - who was awarded the Military Medal in WW1) and his eldest brother William, my uncle Billy.  All were in Kitcheners Army either when father was born, in Sept 1914 or before his baptism, hence he was called Harold Kitchener Mills. He was always known as Kitch Mills, I guess because of an older brother, Harry, who was farm manager at Wodgells Farm."

Peter was also able to confirm that the Mills's, above, and other relatives also served in the Home Guard in WWII

A funeral bier was purchased through a fundraising effort and dedicated to the war dead in 2019. It was restored by Pete Smith in 2016. In 2018, to commemorate the 100th anniversary of the end of The Great War, a dedication was placed on the bier to remmeber all those who served from this village. 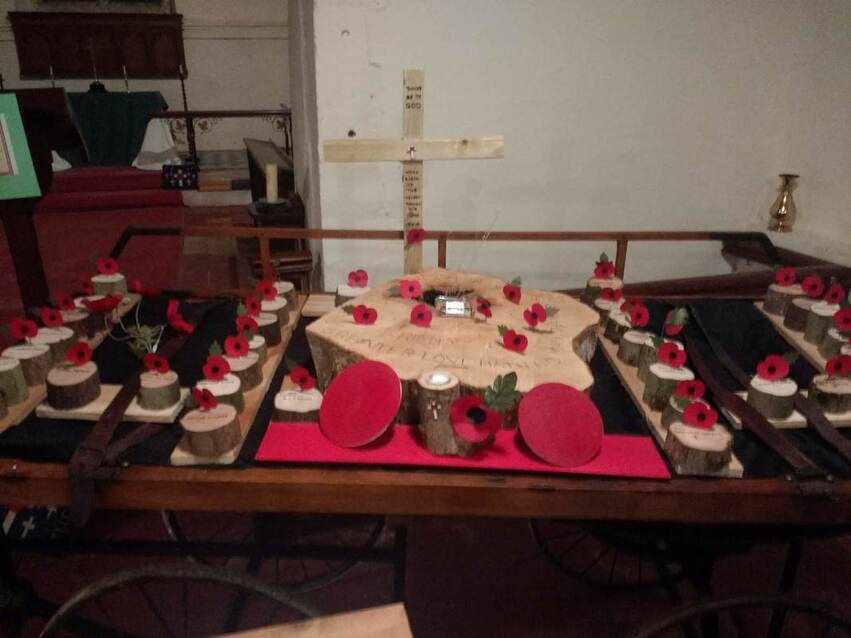 Each person from the village who served in the Great War, was remembered with a poppy set into an English Oak from Suffolk placed on the funeral bier. November 11th 2018, 100 years since the end of WWI

To coincide with the 75th anniversary of the end of the second world war a new war memorial was erected. The memorial comprised a tablet, inscribed with the names of the war dead, placed on the outer wall of the village hall (formerly the school), along with a new bench seat with a depiction of WWI soldiers and a poppy motif.

On Armisitce Sunday 2020 a small service of rememberence was held. Pat Spires, Chair of the Parish Council, wrote.
"A Poppy Wreath was laid on behalf of Great Bradley at the new Village Hall Memorial. Thankyou to Steve & Sue George both ex-service personnel and stalwarts of the British Legion for representing our forces. To Steve for reciting the Exhortation and leading the 2 minute silence. Thanks also go to Simon Kiddy for ensuring our flag was flying.
This was not the Remembrance Day Service we wanted to have [due to Covid-19 restrictions] but I hope we honoured those who fell, those who have returned from conflicts and all those who continue to work so hard to keep us safe in these difficult times"

Although some reseearch has been undertaken, we can find no record of anyone from the village who ws lost in WWII, so the list of war dead only records those from WW1.

This memorial complements to scroll that honours the dead from WWI that is in the church.

click on the photos below to see a bigger image 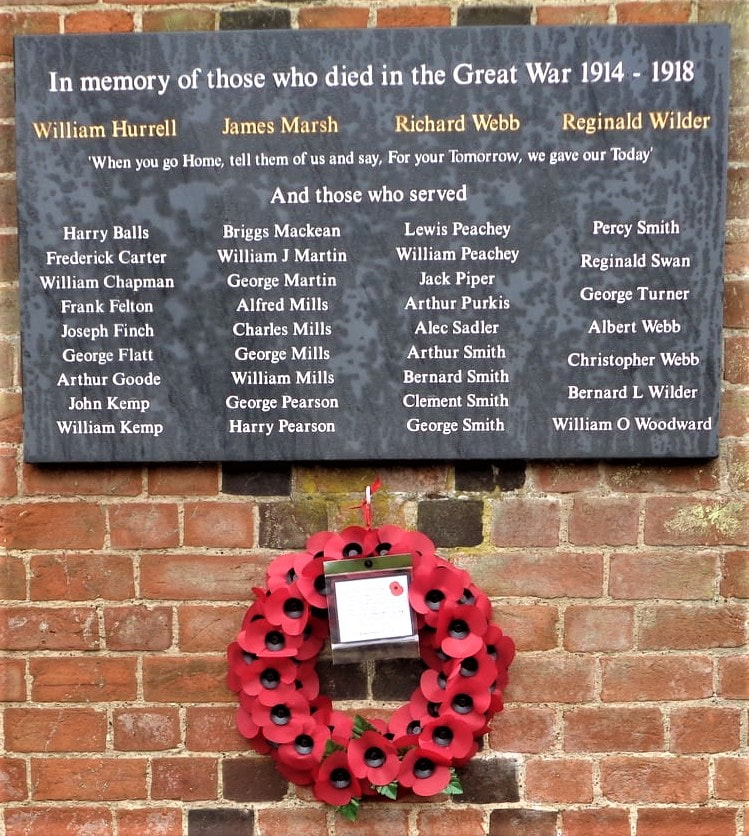 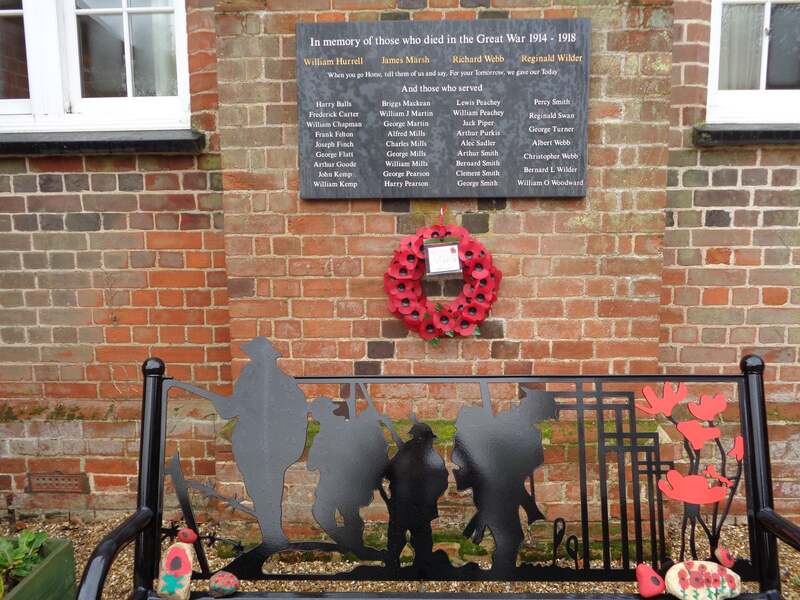 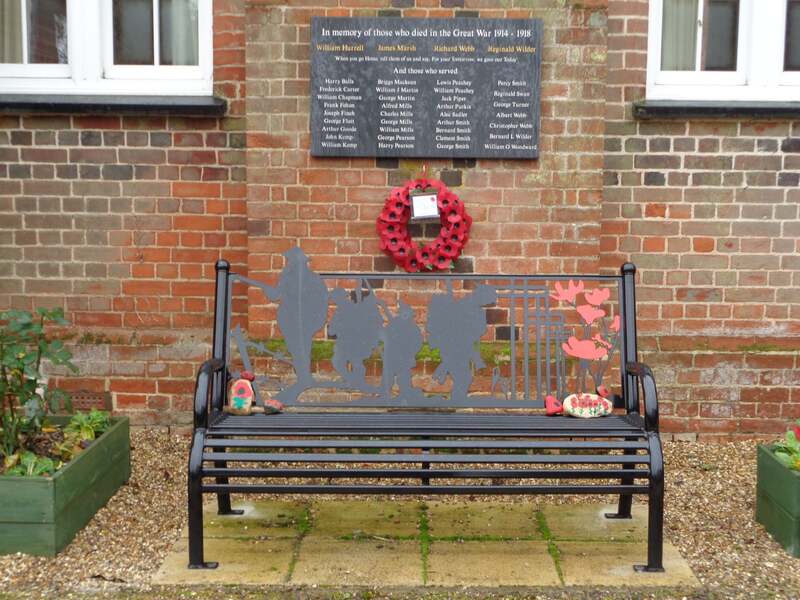 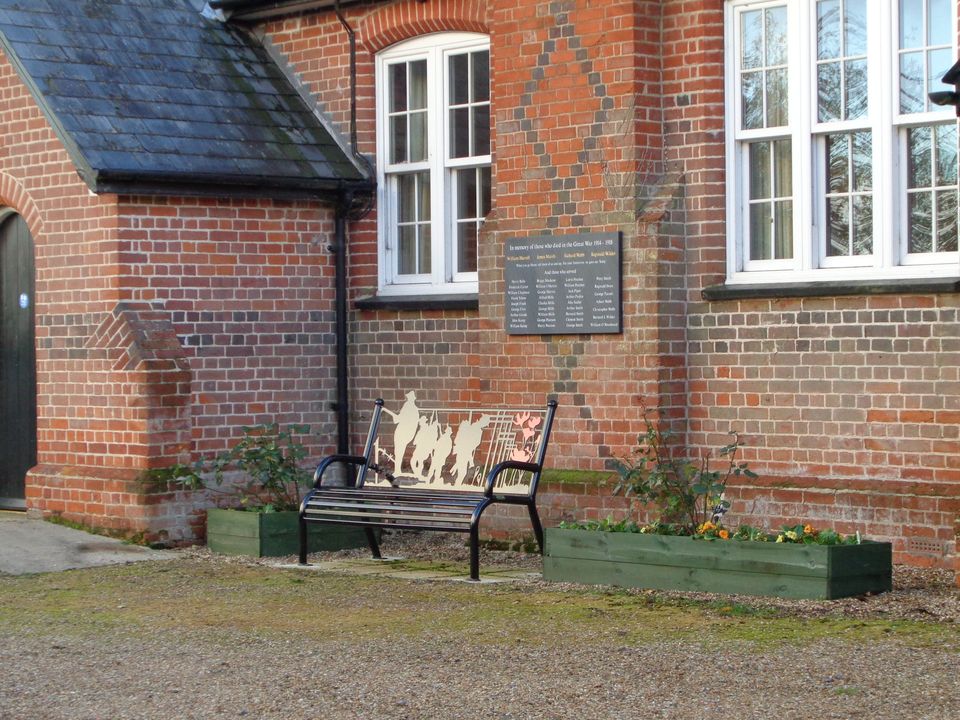 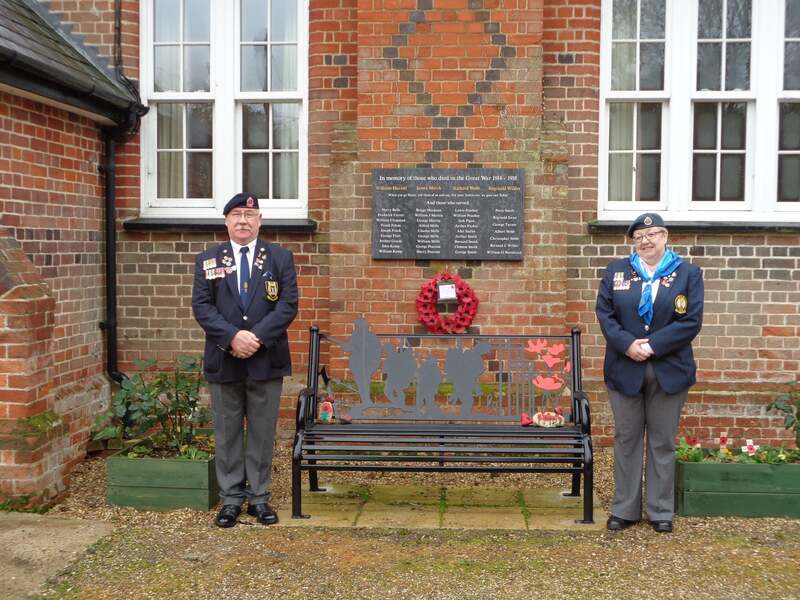 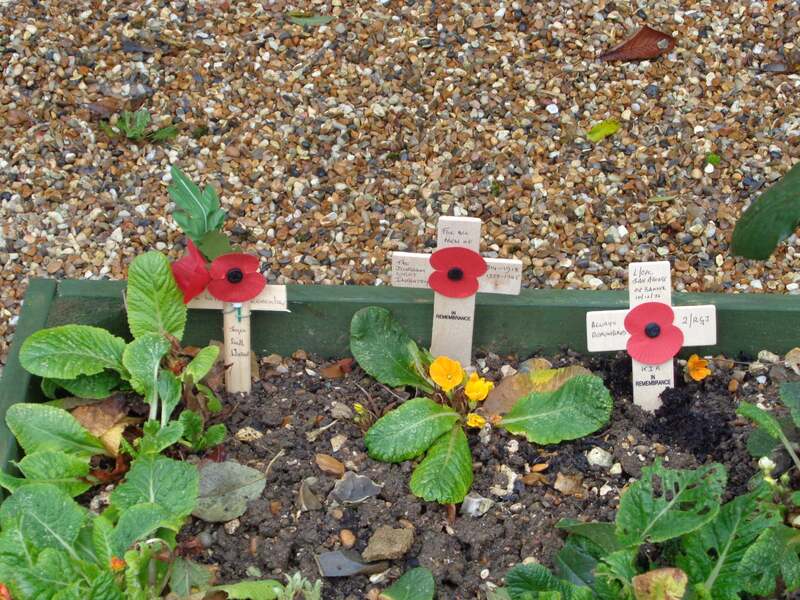 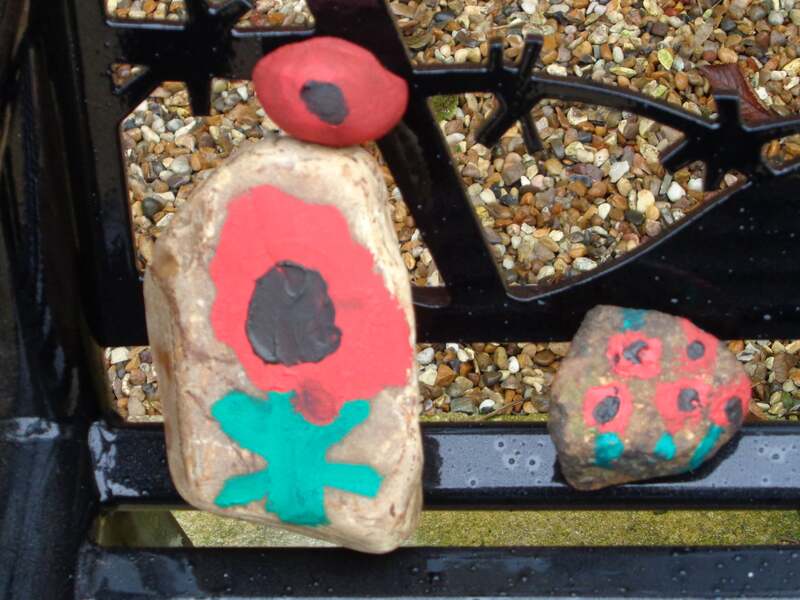 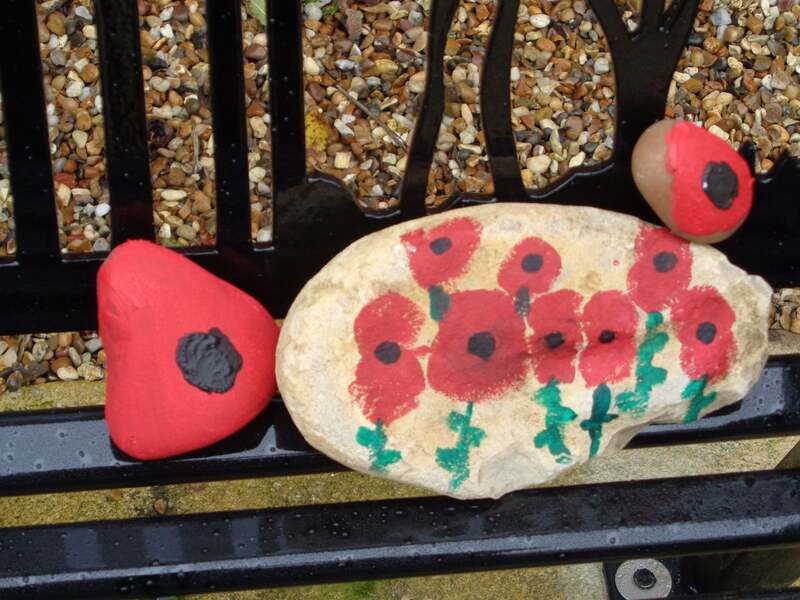