View From The Top

This is view from the top of scaffolding on the new office. Note my round office in the foreground. 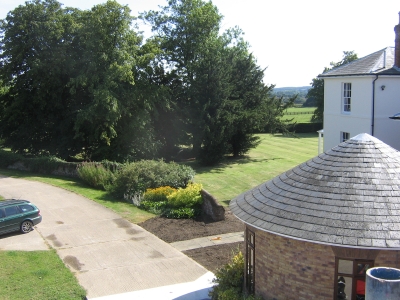 The Roof Goes On

The roof has made great progress today. The first picture shows the tiles ready to go at about nine this morning. The second shows the status of the roof at the end of the day. The third one shows the detail of the roof from fascia level 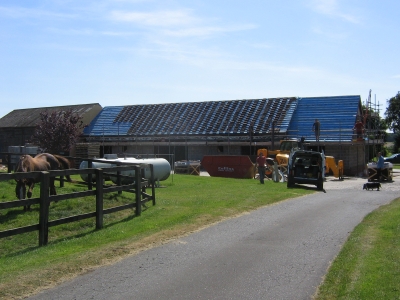 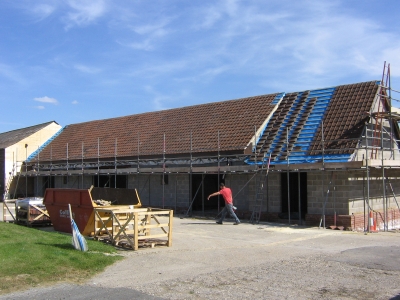 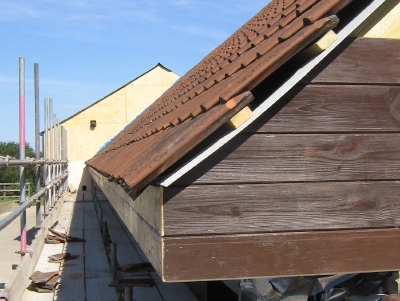 Who Is The Mother?
She still keeps them under a tight rein, even if they are as big as she is.
I'm only guessing, but it looks like she's got three drakes and a duck.

The Scaffolding Comes Down

The scaffolding came down this morning. It now looks like a building 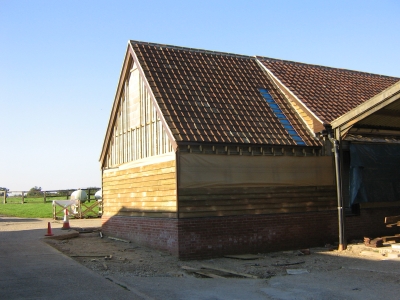 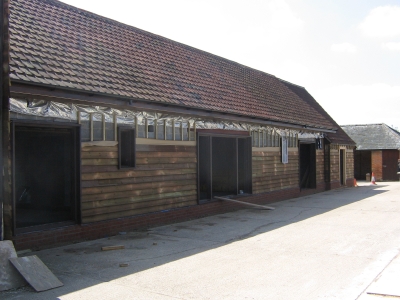 
We are sending two yearlings to the St. Leger Yearling Sales at Doncaster this year.

Both will be sold on Tuesday, the 28th of August.

The first is Lot 118, who is a chesnut colt by Medicean out of Degannwy. Degannwy has bred three winners including Keen Winner, who won the Hong Kong Derby.

He was nicknamed Moon and Sixpence on account of his distinctive face markings. (Pic 1)

The second is Lot 149, who is a bay colt by Kyllachy out of Far Post. She is a full sister to Moonlight Angel who is in training with Walter Swinburn (Pic 2).

Celia is saying goodbye to Moon and Sixpence (Pic 3).

Click on the pictures to see a larger image 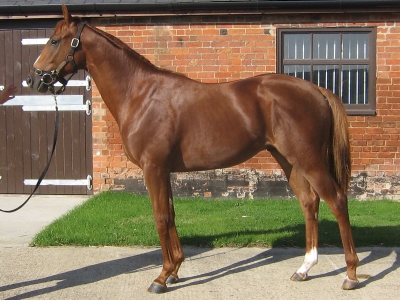 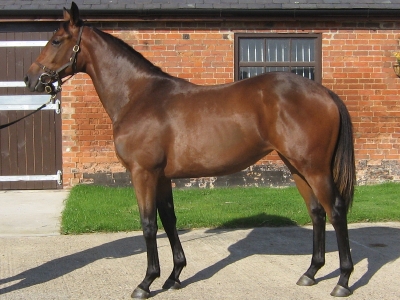 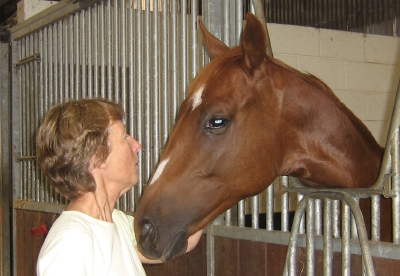 These two pictures show just how powerful, these high-lift Jackall jacks are.

They can pull three and a half tonnes, which was sufficient to pull this 20 cm. by 20 cm. post that was buried to a depth of nearly a metre.


In this case I was using the hinges for the gate to lift the post, rather than my special post pulling device. 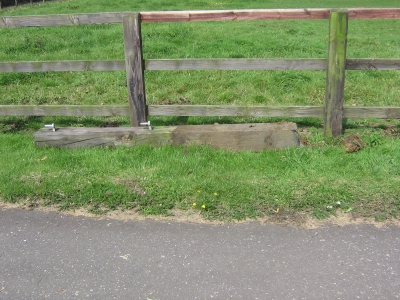 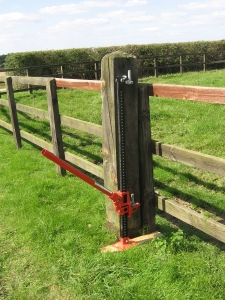 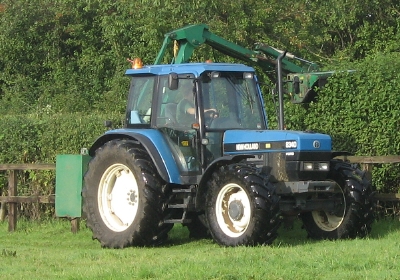