I'm posting these pictures because they show the less than beautiful side of the stud.
They are scheduled for demolition and replacement. 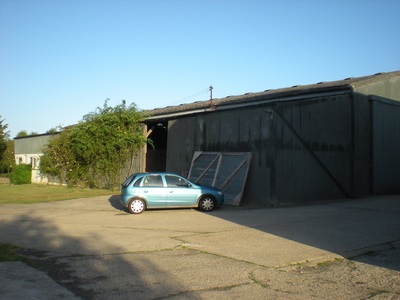 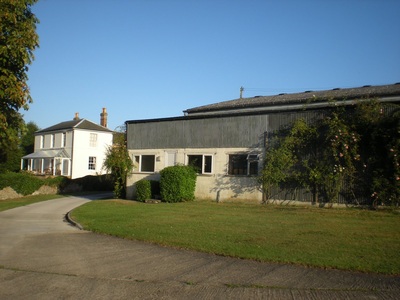 A Mobile Phone Problem
On the stud, the new offices are so insulated that they keep mobile phone signals out, much to everyones annoyance. So I bought a system from Cell Antenna, that puts an aerial outside and an aerial inside with an amplifier between.

The image shows the outside aerial which is pointed at the nearest mobile phone mast.

The inside aerial is fairly small and discrete. But the system works very well and was easily installed. 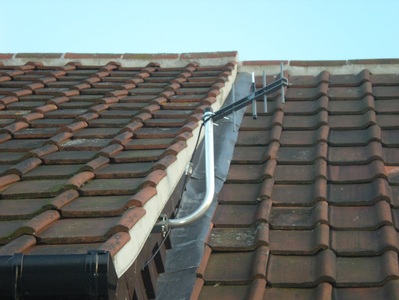 Tuesday, 15 September 2009 Coming Down The building has now started to come down. I don't think anyone will be sad. 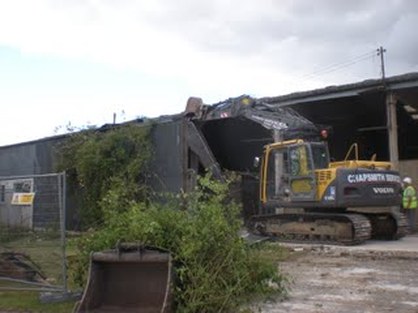 Almost Gone
The efficiency with which the building came down, surprised me.

I suspect, that tools and equipment, now available to builders make it much easier to do these jobs. But it still doesn't take away much from the job that was done.

The little stump is the electricity supply. I suspect that the building would cost a lot more, if we'd had to disconnect it. 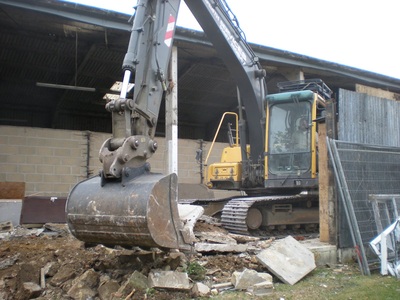 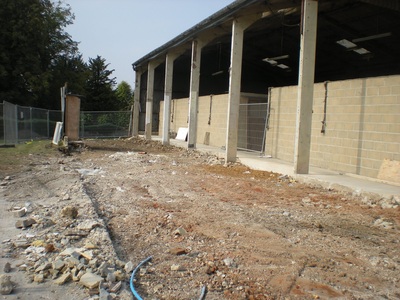 Starting the Slab
The ground is now being prepared for the concrete slab, that will support the new building. 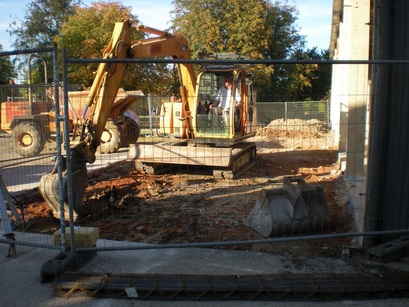 Berries Everywhere
It's been a marvellous year for all sorts of berries. These are Prunus spinosa, or more commonly blackthorn or sloe. 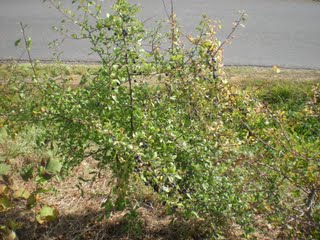 Not the First Building
When you excavate anywhere near an old house, you tend to find foundations of older buildings.

These pictures show the remains of a probable early nineteenth century building, that had been demolished to make way for the eyesore. 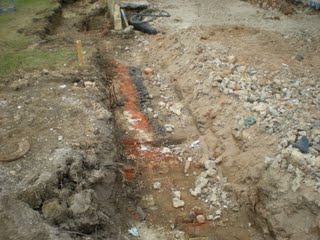 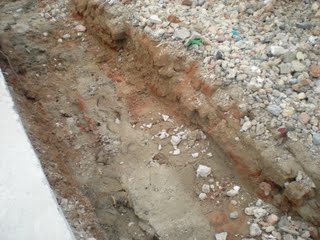