Almost Ready for the Pour
These two images show the state of this Saturday.

The slab is almost ready for pouring. It would appear that they are on time for I think Wednesday all being well.

Interestingly, the builders, Durman Stearn, put in a Saturday morning to make sure they hit their targets. 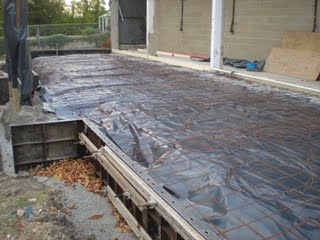 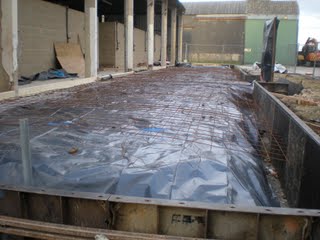 Complete Slab
The slab is now complete.
Note the store in front, which will have a raised floor. 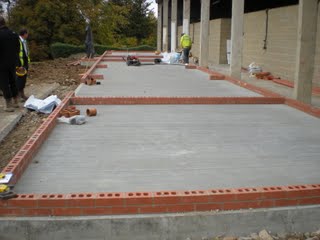 Tuesday, 20 October 2009 - All in a Day's Work
The walls started to rise after lunch, after fitting the damp course and other small but essential works.

It was then swift process throughout what was a very cold and blowly afternoon.
[click on the pictures for a larger image] 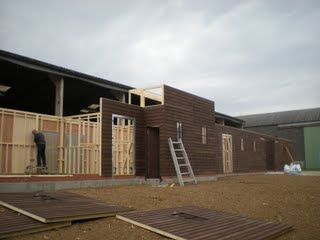 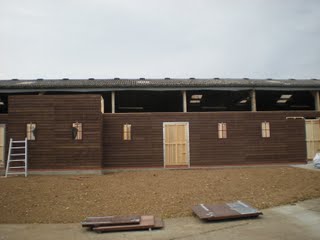 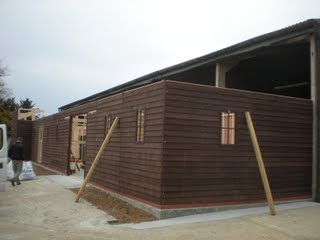 The last two pictures show complete views of the building.

Obviously, we need a roof. The trusses will be delivered tomorrow. 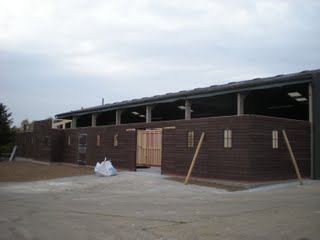 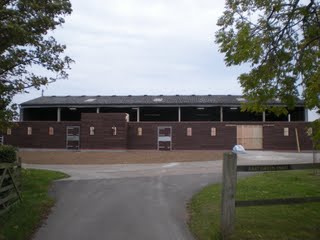 The roof trusses actually arrived on the Wednesday in pouring rain 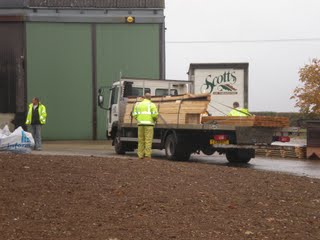 As you don't work at heights in the rain unless you have to, the roof only started in earnest on the Thursday in the sunshine 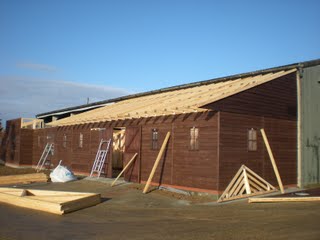 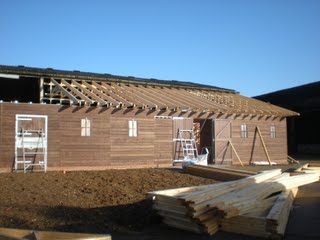 The next two pictures show the structure of the roof from the inside. 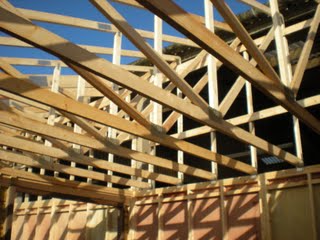 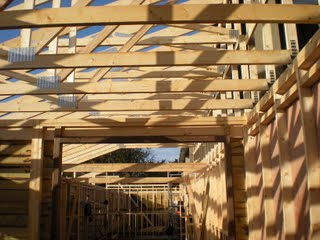 They are now preparing to put the facia and soffits up. 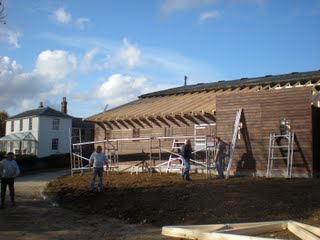 Progress has been swift this week, and considering they only started on Tuesday, to have the clock up by Friday is very good. The clock has not been set to the correct time yet! 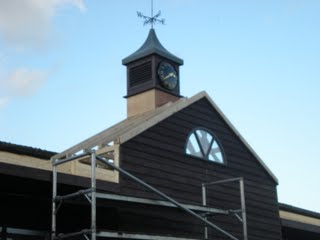 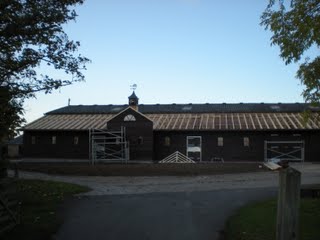 The Clock Close Up
This picture shows a close-up of the clock. It was taken from the scaffolding that is being used to put up the felt and tiles for the roof 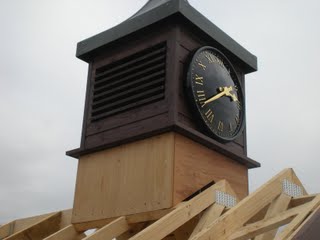 Bob Knappett and his gang of roofers started at about nine o'clock this morning and within a few minutes there was a lot of progress.

By four o'oclock in the afternoon the building was completely weatherproof. Another very good days work! 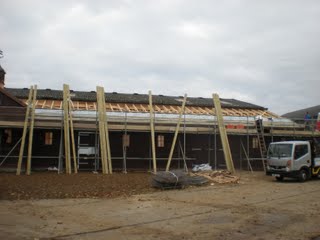 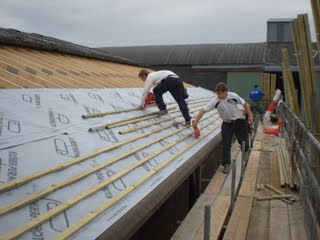 Inside the New Building
This is a couple of views inside the new building, before the slates go on the roof, starting on Monday. 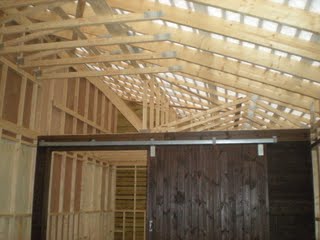 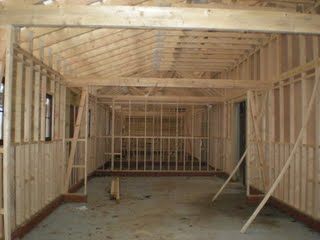 View from the Other Side of the Road

This picture shows the stud from the other side of the road.

The new and uncompleted buildings are at the top of the drive, with the house to the left behind the trees.
There is a stream in front by the trees, which flows to the left (i.e. west) to join the River Stour.

This picture shows the stud from a different angle. I suspect that when I took this picture I was almost exactly due south of the new buildings of the stud. 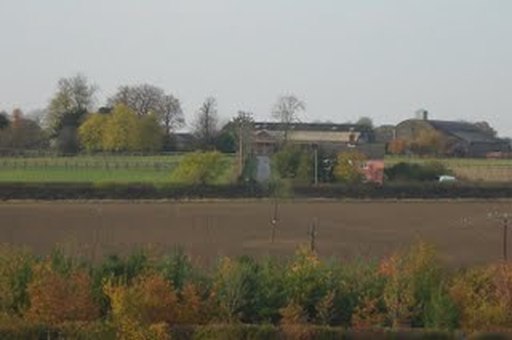 A Fairy Ring I photographed this "fairy ring" on the stud this morning. Note how it is centred on an oak tree 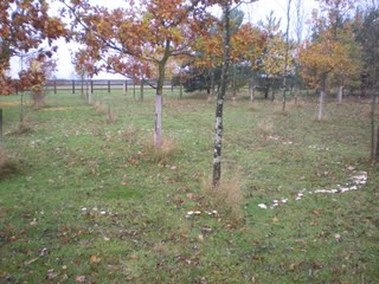