Times may be hard with the credit crunch hitting many, but it didn't appear that way at the December Sales at Newmarket yesterday. Quite a few broodmares changed hands for over 100,000 guineas, with one, Princesse Dansante, being purchased by Sheikh Mohammed's Darley operation for well over a million.

We had hoped to purchase Tenderly, but she was out of our league at over half-a-million guineas. But as Michael and I joked, at least he has taste!

Around lunchtime, we were in the ring again hoping to buy a mare called Stella Marine, who is a full sister to the Group winning mare, Stella Blue. Judging by the prices earlier, we felt we would be unlucky, but we got the four-year-old filly we wanted at a price we could afford. 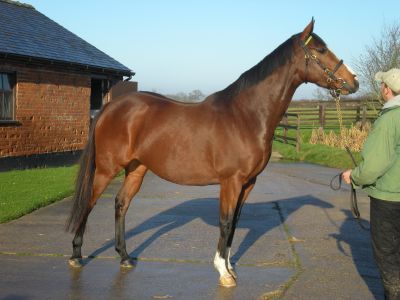 This picture by Prunella Hawke was used for the 2008 Stud Christmas Card. 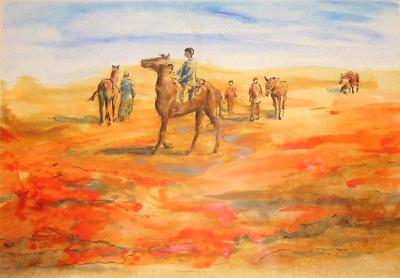 A Frosty Day at Freedom Farm

It was cold last night. I tried to play real tennis at Cambridge and virtually froze.

The first picture shows the end of the new buildings. Note the sky. The second shows the new offices. Note Vague Shot's stable at the right.

Vague Shot looks almost miserable. But he was friendly to me, when I stroked him.

Also at his age, he knows how to keep warm and makes sure his rug doesn't move. Incidentally, he still doesn't grow a decent coat in the winter. 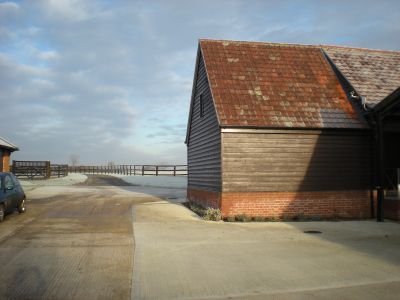 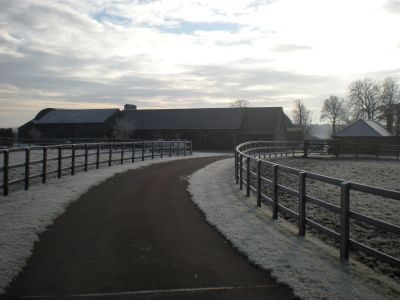 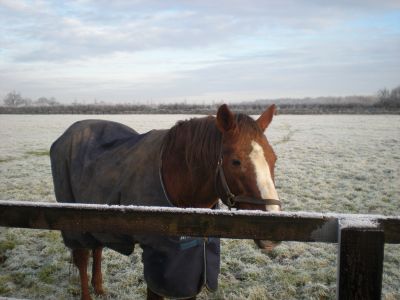 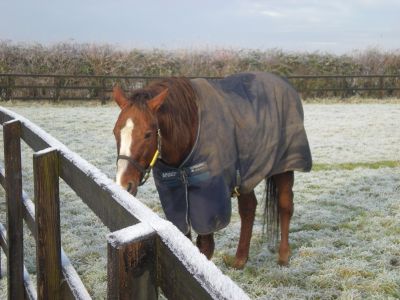